A new species or a weird Denisovan? Some anthropologists are skeptical of jumping to conclusions over a new skull 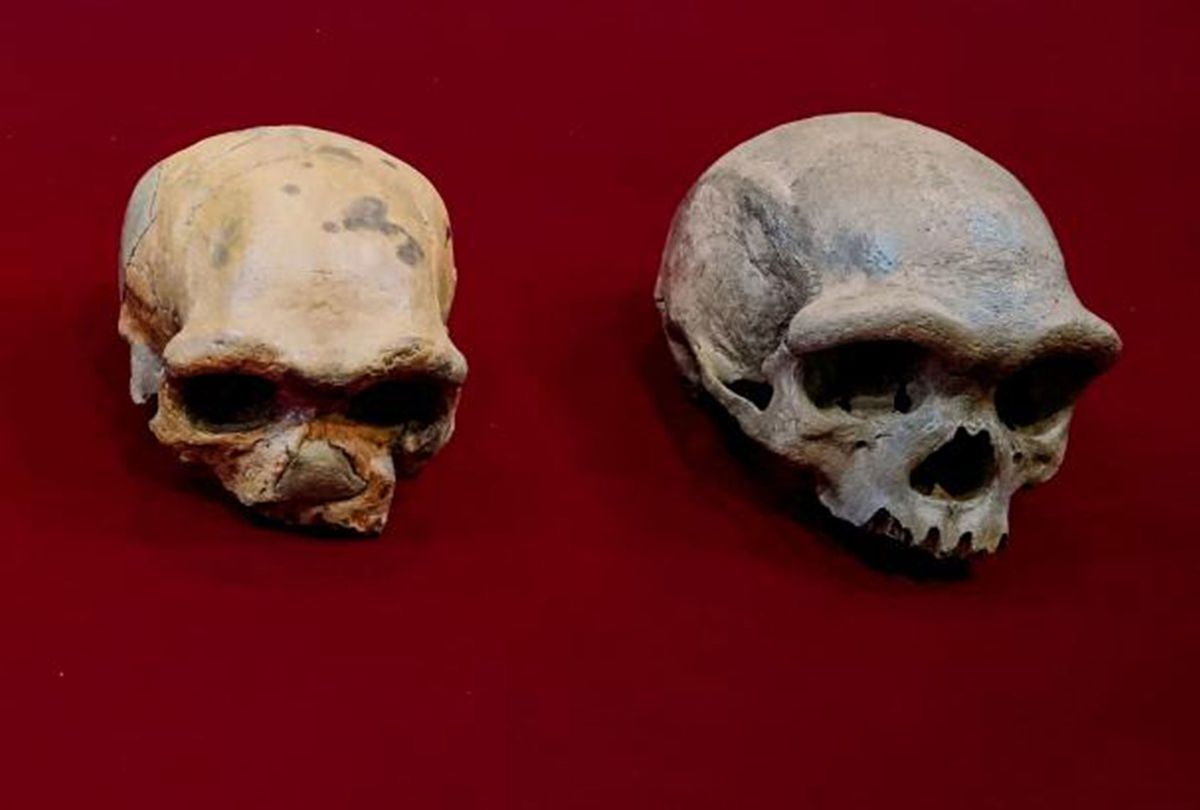 Comparison of craniums, with the Harbin "Dragon Man" skull on the right. (Kai Geng)
--

Eighty-five years ago, a man working at a construction site discovered the skull in northeast China, which was occupied by Japan at the time. Instead of handing it over to Japanese scientists, he hid it in a well for decades and never mentioned it to anyone. Before his death in 2018, the man —whose name has been withheld by his family — alerted his family about the fossil. They immediately donated it to the Geoscience Museum of Hebei GEO University for study.

The man had no idea that his discovery of what is now known as the Harbin cranium would change history. Scientists involved in analyses of the Harbin cranium believe it to belong to a new species of ancient human, dubbed Homo longi. The news, which broke on June 25, followed multiple analyses of the skull belonging to so-called "Dragon Man," the nickname given to the man in honor of the Dragon River region in northeast China where his skull was discovered.

In a series of three research papers published in the journal The Innovation, researchers explain that the skull is likely to be of a new ancient human species because it possesses anatomical features not previously found in other species of hominin.

"While it shows typical archaic human features, the Harbin cranium presents a mosaic combination of primitive and derived characters setting itself apart from all the other previously-named Homo species," Qiang Ji, a professor of paleontology of Hebei GEO University, said in a news release. "The Harbin fossil is one of the most complete human cranial fossils in the world."

Analysis of the skull suggests that it belonged to a 50-year-old man who lived in a floodplain during the Middle Pleistocene, a time of great ancient human migration. The Middle Pleistocene spanned from 126,000 to 770,000 years ago. A chemical composition analysis of Dragon Man's skull puts his age at between 146,000 and 309,000 years old.

The Dragon Man had flat cheeks, square eye sockets, thick eyebrows, oversized teeth, and a brain about 7 percent larger than the average human today. His jaw was missing. At the time at which Dragon Man lived, a number of different hominids lived on Earth, including Neanderthals and Denisovans. Yet due to the lack of fossils found in East Asia from the Middle Pleistocene, researchers don't know who inhabited the region then.

That suggests that Dragon Man belongs to a new species of hominid entirely. One of the study's co-authors likened the relationship between Homo longi and humans to that of humans and Neanderthals.

"It is widely believed that the Neanderthal belongs to an extinct lineage that is the closest relative of our own species," Xijun Ni, a co-author of the studies and a paleoanthropologist at the Chinese Academy of Sciences and Hebei GEO University said in a news release. "However, our discovery suggests that the new lineage we identified that includes Homo longi is the actual sister group of H. sapiens."

Not all who study human evolution agree. Indeed, many are skeptical that "Dragon Man" belongs to a new ancient human species.

Terrence Deacon, a professor of biology anthropology at the University of California–Berkeley, told Salon he thinks the fossilized skull might be an early Denisovan. That's partly because scientists don't precisely know what Denisovans, a subspecies of archaic human that ranged across Asia during the Lower and Middle Paleolithic, looked like.

"The bottom line is that nobody knows what the anatomical features of Denisovans are," Deacon said. "We have a few very small bones. We have a jaw, we have fingers and toes, but this is not enough to tell us what the skull is like."

Thus, Deacon emphasized that because researchers don't know what early Denisovans looked like during that place and time, researchers currently have little to compare with the new skull.

Deacon also pointed out that Neaderthals had great genetic variability as they interbred with modern humans before going extinct 40,000 years ago.

"So there isn't any reason to believe that they [Denisovans] have a lot of variability," Deacon said.  "We're talking about Central Asia, we're talking about a large landmass where people have been moving for a long period of time; we even know now that there's Neanderthal-Denisovan mix going on in Central Asia."

Brian Stewart, a professor of archeology at the University of Michigan, agrees that it is possible that the Harbin cranium could have belonged to an early Denisovan.

"I think the most exciting thing about this skull is that it could be Denisovan — I mean that's the real promise of this skull," Stewart said. "We need more data really to verify, and I'm not saying we have to have paleogenetic data, I'm just saying that you really need some other independent lines of evidence before we can say, 'oh, this can somehow rewrite the entire trajectory of out of Africa movements and later human evolution that led to these different species in different parts of the Old World.'"

William Kimbel, a professor at Arizona State University and a research associate at the Institute of Human Origins, told Salon he's equally "skeptical" that Dragon Man belongs to a new ancient human species.

"The skull is very similar to other Asian skulls that have been found over the years from roughly the same time period that have historically been seen by many people as Asian representatives of the species called homo heidelbergensis," Kimbel said. " Now having said that, evidence is beginning to accumulate in Asia to suggest that maybe the Asian form of Homo heidelbergensis doesn't have the same evolutionary trajectory as European versions of Homo heidelbergensis."

Kimbel added: "We know that some populations in Europe that have been attributed to Homo heidelbergensis over the years are now known based on DNA as well as the fossil anatomy to be ancestral to later Neanderthals."

Indeed, it is this "complexity," Kimbel said, and the gap of knowledge and available fossils to study from the Middle Pleistocene, that hasn't been "fully worked out yet."

Despite some skepticism over what species Dragon Man was, experts in this field are excited about all the new lines of scientific inquiry that the the skull could yield.

"Every time you have a big gap in the fossil record, every new discovery is just so earth-shattering in terms of the questions that it raises," Stewart said. "And that's the case here."