“This was not an easy decision,” McCain said on Thursday. “It took a lot of thought and counsel and prayer" 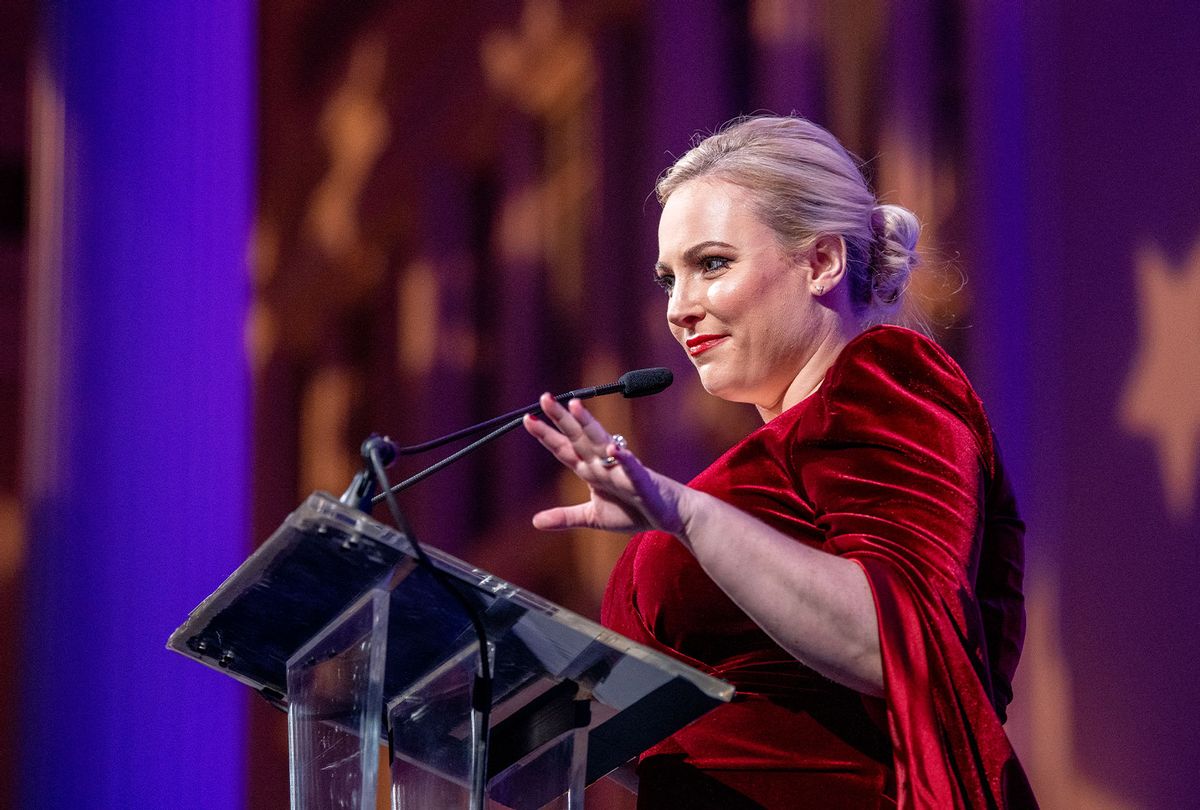 Meghan McCain announced today that she'll be resigning from her position as the resident conservative co-host of ABC's The View.

"This was not an easy decision," McCain said on Thursday. "It took a lot of thought and counsel and prayer."

The 36-year-old, who spent four seasons on the show, built up a reputation of defending less popular political opinions among her otherwise liberal co-hosts. She joined the show back in 2017 and has since become a leading voice on the right. "I try to just remind myself that I'm representing 50 percent of the country," she once said of her role on the panel. Now, she says she is leaving the New York City-based show to stay in Washington, D.C. and raise her child with conservative Fox News pundit Ben Domenech.

"This show is one of the hands-down most wonderful, exhilarating privileges of my life," she said. "You are the most talented women on all of television."

McCain's fellow co-hosts, despite her on-air praise for them, were reportedly not privy to her resignation. "We have tried to keep her," a Disney source told the Daily Mail, which first broke the news early on Thursday. "But she is adamant that now is the right time for her to leave. She will finish at the end of July 2021."

McCain is the daughter of the late Sen. John McCain, R-Ariz,, and Cindy McCain, who last month was nominated by President Biden as the Ambassador to the United Nations Agencies for Food and Agriculture. Cindy McCain recently joined Jill Biden and Doug Emhoff, respectively the First Lady and Second Gentleman, in a vaccine promotion tour on Wednesday, as Mail reported.

For many, news of Meghan McCain's leave comes as something of a surprise. Earlier in the year, McCain signaled that she had no plans to leave the show. "Whether we like it or not, I'm not going anywhere on the show, Joy's not going anywhere on the show, we all have to live and co-exist together just like Americans right now," she said back in mid-January on Watch What Happens Live With Andy Cohen, adding: "We're all going to try and co-exist and I really want to have us all move forward."

In recent months, tensions between McCain and her fellow co-hosts had run so high to the point where viewers began to question whether the show would endure.

One example of such tension emerged recently when McCain returned to the segment after maternity leave. Joy Behar, a liberal, told McCain point-blank: "I did not miss you."

In another instance last month, McCain and Whoopi Goldberg got into an especially bad tiff, which resulted in both co-hosts apologizing after a commercial break.

Prior to her stint at The View, McCain worked as a columnist at the Daily Beast, a Fox News host, and an MSNBC contributor. Watch her resignation announcement below, via ABC: