One or two high-profile cases haven't created change or a "bandwagon" effect. This narrative needs to be challenged 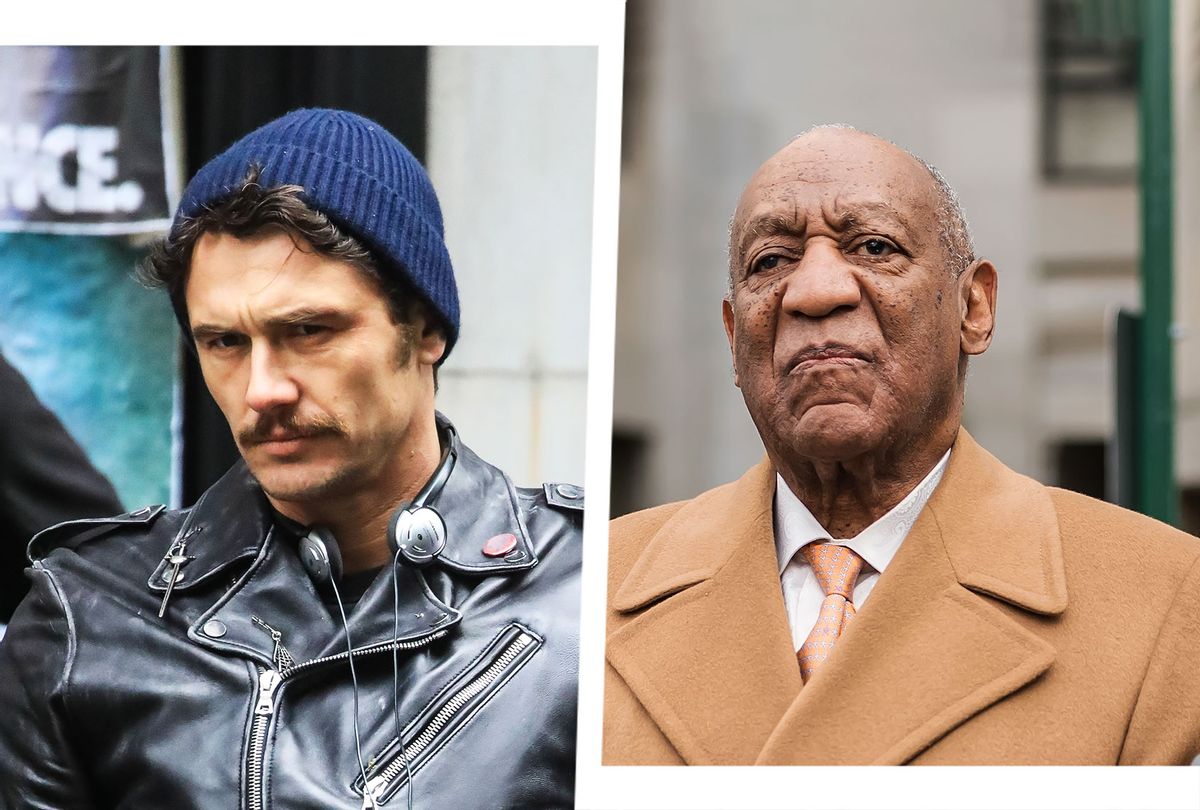 On the same day the Pennsylvania Supreme Court overturned Bill Cosby's conviction, almost three years after he had been found guilty of several counts of sexual assault, the news cycle offered further glimpses into a greater culture of gendered violence and oppression. Variety reported a judge denied Britney Spears' request for her father to be removed from her conservatorship, and according to NBC News, actor and writer James Franco settled a lawsuit alleging he had coerced students to perform sexual scenes and acts on camera.

According to Vanity Fair, Franco's legal team had previously called his accusers "attention-hungry," and eager to "jump on the #MeToo bandwagon." While these attacks were made a year ago, they're especially raw today, following the reversal of what survivor justice advocates had long seen as a validation of their pain, in the conviction of Cosby. In particular, the characterization of #MeToo as a "bandwagon" extends from a disturbing well of male hysteria asserting the movement to highlight prevalent sexual violence and support survivors has "gone too far."

In the weeks and frankly even the years that have passed since the mainstream nascence of #MeToo, we've encountered op ed after op ed penned by men warning of the perils of a world where hugs are now supposedly banned, where men now have to — gasp! — pause and think about how their actions might cause women around them to feel. We've faced frustrating research about male hiring managers and mentors turning away women workers, for fear of "temptation" and ruin. But through all this centering of male experiences, hysteria and self-victimhood, the overturning of Cosby's conviction shatters this narrative. Women and survivors have long-known that not only has #MeToo actually not "gone too far" — it's never gone far enough.

Despite the overturning of Cosby's conviction on a peculiar technicality, and a deal made by the man who would later become former President Trump's (second) impeachment lawyer, Cosby remains accused of sexual assault by 60 women. He has testified about using a common date rape drug in encounters with women. What's changed in this case is recognition from the legal system — a legal system that's consistently failed to protect and has often punished survivors of sexual violence. One or two high-profile convictions, namely of Cosby and disgraced Hollywood executive Harvey Weinstein — both necessitated by dozens of female accusers — were never going to wholly disrupt or fundamentally change an entire system.

#MeToo requires sweeping systemic change. It requires a reckoning with the ways credibility is assigned based on gender, race, and class, and an overhaul of the carceral legal system that's more likely to imprison rape survivors than their abusers. In plenty of cases, their abusers are notably law enforcement officers who are a part of this system.

The #MeToo movement also calls into question how much change can be achieved for survivors in a capitalist, patriarchal society, to begin with. In such a society, most decision-making about who is believed and what is acceptable will ultimately be decided by wealthy white men, who are more often than not unmoved by even massive public shaming campaigns.

This is not a movement that can "win" off a few brave celebrity stories, or a legal victory here and there, which can clearly be overturned at the drop of a hat. Contrary to male panic, individual, positive outcomes when it comes to survivor justice aren't "going too far" — they're not even close to enough.

According to some estimates, one in five American women has experienced attempted or completed rape and one in three women around the world has experienced gender-based violence. The overwhelming majority of rapes remain unreported, for a number of reasons including the obvious one of fear of disbelief.

Recent legal outcomes should prompt many people to question why they even expect survivors to come forward, at all — for what, exactly? To be doxed, threatened, violated, retraumatized, and then ultimately cast aside and forgotten? To stare in the face of a man who ruined your life, as he now very publicly claims you're ruining his? To be called a liar by millions of people who will never even know you? Or to watch nothing happen at all?

Survivors of sexual assault, victims of sexual harassment, victims of abusive relationships — they exist all around us, whether they choose to disclose this to you or not. Do we really need them to risk it all, just to believe they are real, just to believe we need change? As Cosby and Franco's cases alone demonstrate, men's lives are not, in fact, being ruined by accusations. On the other hand, many women and survivors' lives are being ruined by a greater culture of gendered violence and gaslighting — and by being pressured to publicly share their stories and be retraumatized.

One crucial way to create safe, supportive spaces for survivors to come forward, is to support them unconditionally whether they do or don't, and create a culture that eliminates the social pressures that push survivors to come forward unwillingly. Such is the #MeToo Tarana Burke envisioned and organized, that was in some ways devastatingly co-opted by bad actors and the toxic nosiness, entitlement and peer pressure of social media.

One reality that cannot be denied despite the legal outcome of Cosby's case, and the settlement of Franco's, is that false accusations are exceedingly rare. Research has shown men are more likely to experience sexual abuse than be falsely accused of it. The choice to focus on an awful but narrow subset of male experiences to erase a greater culture of violence that has touched the lives of nearly every single woman and girl in some way, is a tool of patriarchal violence.

The developments in these men's aforementioned cases on Wednesday overshadowed the ruling in Spears', which upheld her father, who she alleges is abusive, as her conservator. Spears' case is inseparable from rape culture — it is inseparable from the patriarchal notion that women cannot be trusted, that we do not deserve to be believed, that we do not deserve agency and autonomy. Yet, discouraging as these recent legal outcomes may be, the fight will not end here, or at the next disappointing outcome, or the next. #MeToo is not about one person or one case; it's about creating a future without violence. And nor has #MeToo "gone too far" — and if we want anything to change, we're going to have to take it a lot further.