"We are going to protect Mr. Weinstein's privacy," the lead counsel for Weinstein said as she declined comment 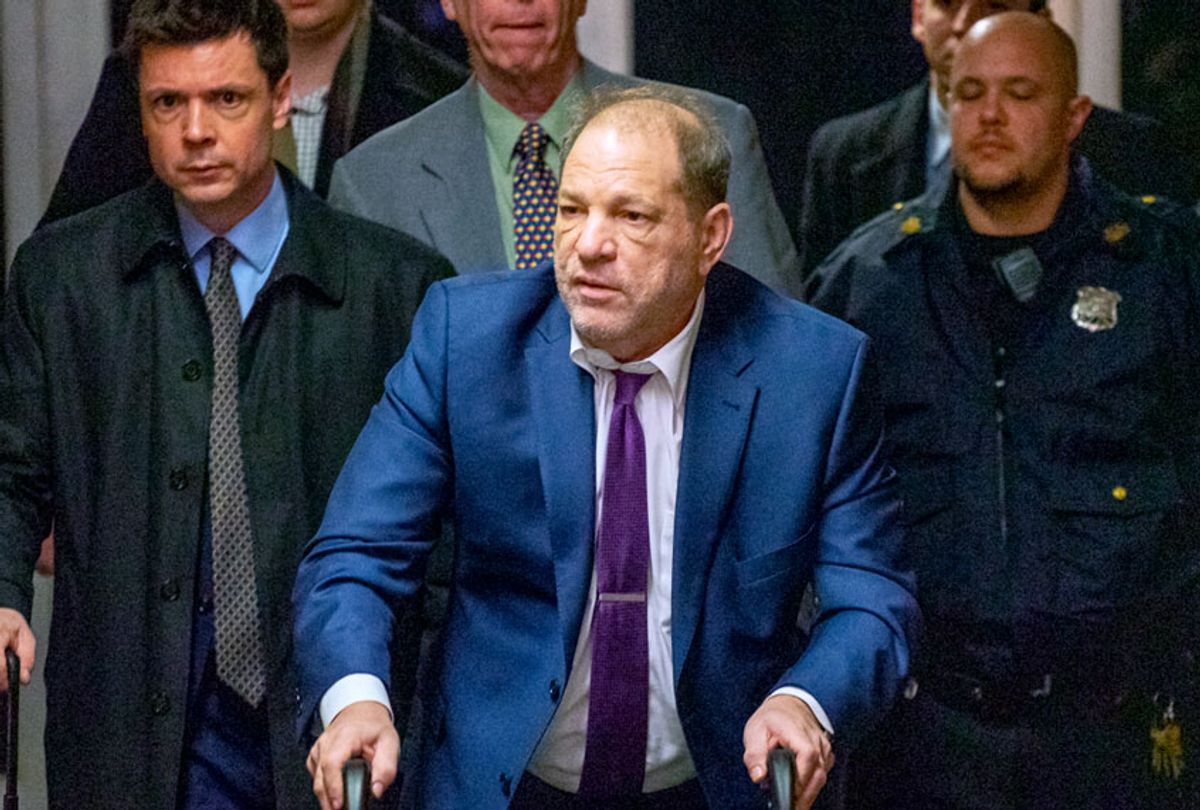 Disgraced Hollywood producer Harvey Weinstein, who was recently sentenced to 23 years in prison by a New York judge after being convicted of one count of third-degree rape and one count of committing a criminal sex act, tested positive for COVID-19 over the weekend, according to multiple news reports.

The Niagara Gazette was the first outlet to report the story Sunday, which was subsequently confirmed by NBC News, the New York Times and Reuters. Donna Rotunno, the lead counsel for Weinstein, has declined to comment about her client's health.

"We are going to protect Mr. Weinstein's privacy," the attorney said in a statement to The Times.

Michael Powers, president of the New York State Correctional Officers and Police Benevolent Association, said Weinstein had been placed in isolation. Several staff members who handled the convicted felon are in quarantine after not utilizing proper protective equipment, or PPE.

"PPE is vital for us in our facilities," Powers told NBC News. "While a lot of people were working from home, we are keeping our community safe."

Powers said officers were struggling to access the PPE they need to safely do their jobs, including glasses, gowns and masks.

Weinstein was convicted last month of third-degree rape against former actress Jessica Mann in 2013 and a criminal sex act against former production assistant Miriam Haley in 2006. He faces the possibility of additional prison time over charges in Los Angeles.

The convicted rapist complained of a number of health issues during and after his trial. He used a walker throughout his trial and had a stent inserted into his heart earlier this month. After being sentenced, he was reported to have fallen and hit his head while in prison, with a publicist later speculating that he could have suffered a concussion.

Louisette Geiss, who has accused Weinstein of sexual misconduct, described the convicted felon last month as "a very good actor."

"This is a man who knows how to manipulate the press, and clearly he's done so with his iconic walker," she said at the time. "Let's just say I know women who are literally dying who are also victims, and I say let's give them the help."

Lauren Sivan, another Weinstein accuser, said after the disgraced producer was hospitalized with chest pains that "if that this wasn't Harvey Weinstein and was just anyone that didn't have money and power and couldn't afford world's best attorneys, they would be in jail. They wouldn't get to go to the hospital."

The numerous accusations against Weinstein motivated women around the world to come forward with allegations of sexual harassment at the hands of powerful men, catalyzing the decades-old #MeToo movement.