My very brief night on the town: A movie screening with Seb Gorka and Devin Nunes

Salon reporter was booted from the venue and Devin Nunes never showed: Can Seb Gorka even drive his Mustang? 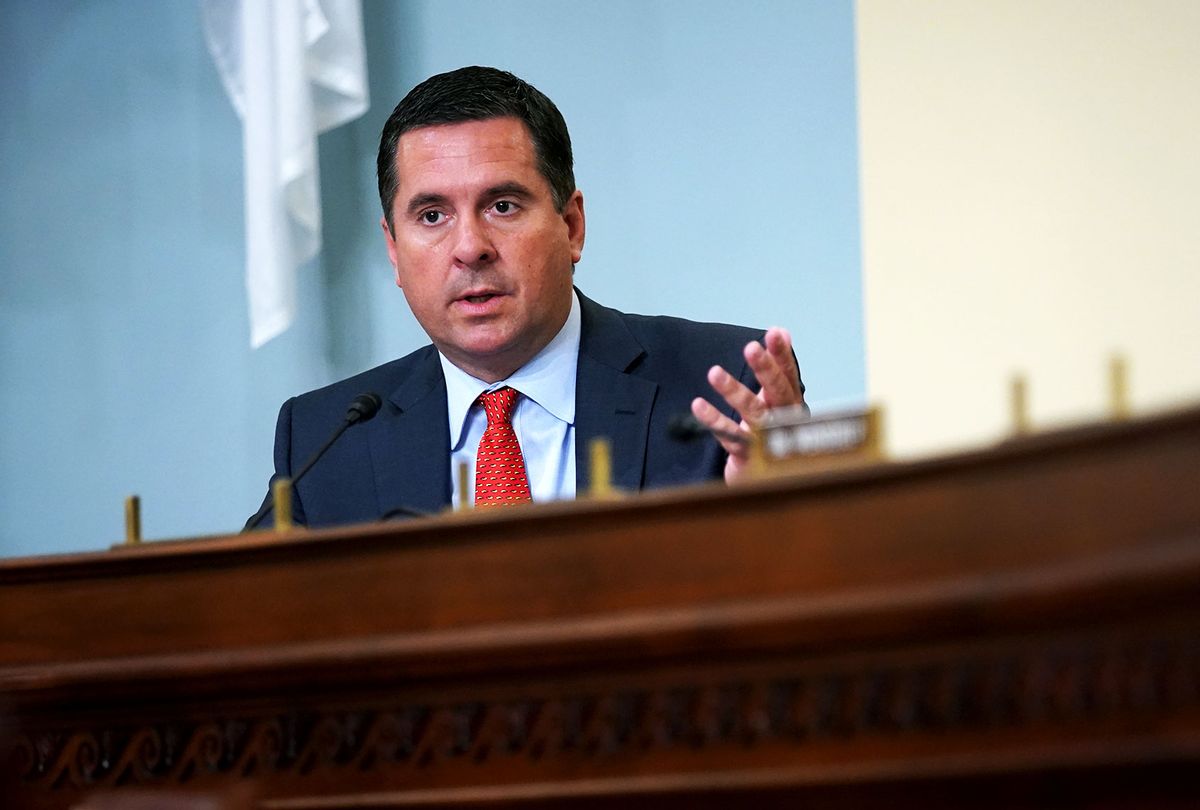 Donning a new golden-hued necktie I recently snagged from the clearance section of a local Nordstrom Rack store, I rolled up on Wednesday evening for a pro-Trump movie screening in northern Virginia, prepared to enjoy the night on the town. There was an open bar (unfortunately, I don't drink), an incoherent film and a speech from "Dr." Sebastian Gorka — all things I was looking forward to soaking in.

The event, a screening of the film, "The Plot Against the President," has been heavily hyped in right-wing circles. The movie allegedly has the goods to enlighten the masses about a "deep state" plot to take down former President Donald Trump. If you think the title makes it sound like a MAGAworld action movie, you would be wrong. It's more a slow-paced documentary featuring numerous far-right characters — including a Pizzagate hoaxer — opining on subjects they know little about.

Nevertheless, I was pumped. Ready to mingle with TrumpWorld royalty, I purchased my ticket to the screening, was given a red wristband, and immediately spotted several of the minor MAGA celebrities characters one would expect. Jack Posobiec, the Pizzagate conspiracy theorist, neo-Nazi collaborator and former One America News host was there. So were Judicial Watch founder Tom Fitton, right-wing movie producer Amanda Milius and various others.

But when I made eye contact with Gorka, who clearly recognized me, I knew the sands of time were running down for me at this glorious event. Not long after that, I was approached by Jan. 6 "Stop the Steal" organizer Daniel Bostic, a producer of "The Plot Against the President," who claimed I had written "false" things about him in my work for a previous publication; I heard him out and shook his hand. After that conversation, Bostic began whispering to security, clearly attempting to get me booted. It took about three minutes for me to be ejected from the venue, which involved overzealous security guards radiating wannabe-cop energy and getting right up into my grill. Without identifying himself, one large individual barked, "Walk down here with me!" Then he placed his hands on me to escort me to the door, loudly ordering, "Leave, leave!" I can assure you I was not resisting.

Unfortunately, I was not able to chat with Gorka, who was briefly a member of the Trump administration and now claims to have been spied on by the NSA, perhaps in an effort to keep up with Tucker Carlson. Gorka showed up by Uber rather than driving his EcoBoost Mustang convertible, which it's possible he still doesn't know how to park legally.

Rep. Devin Nunes of California, former chair of the House Intelligence Committee and a darling of TrumpWorld, was also on the speaker's list, but I saw no sign of him during Salon's brief tenure at the movie theater.

As the night went on, Gorka, tweeting from behind a Twitter block, launched a series of angry tweets attempting to get me fired from Slate, a publication I do not work for and never have. But his attempt to render me unemployed didn't dampen my delightful evening. I stumbled into free samples of fresh-squeezed orange juice at a nearby grocery store. It was delicious and free!

Here's the trailer for the movie, if you're into that sort of thing:

CORRECTION: An earlier version of this story reported that former Breitbart editor Raheem Kassam had attended the movie screening. Kassam has informed Salon he was not present, and the story has been corrected.