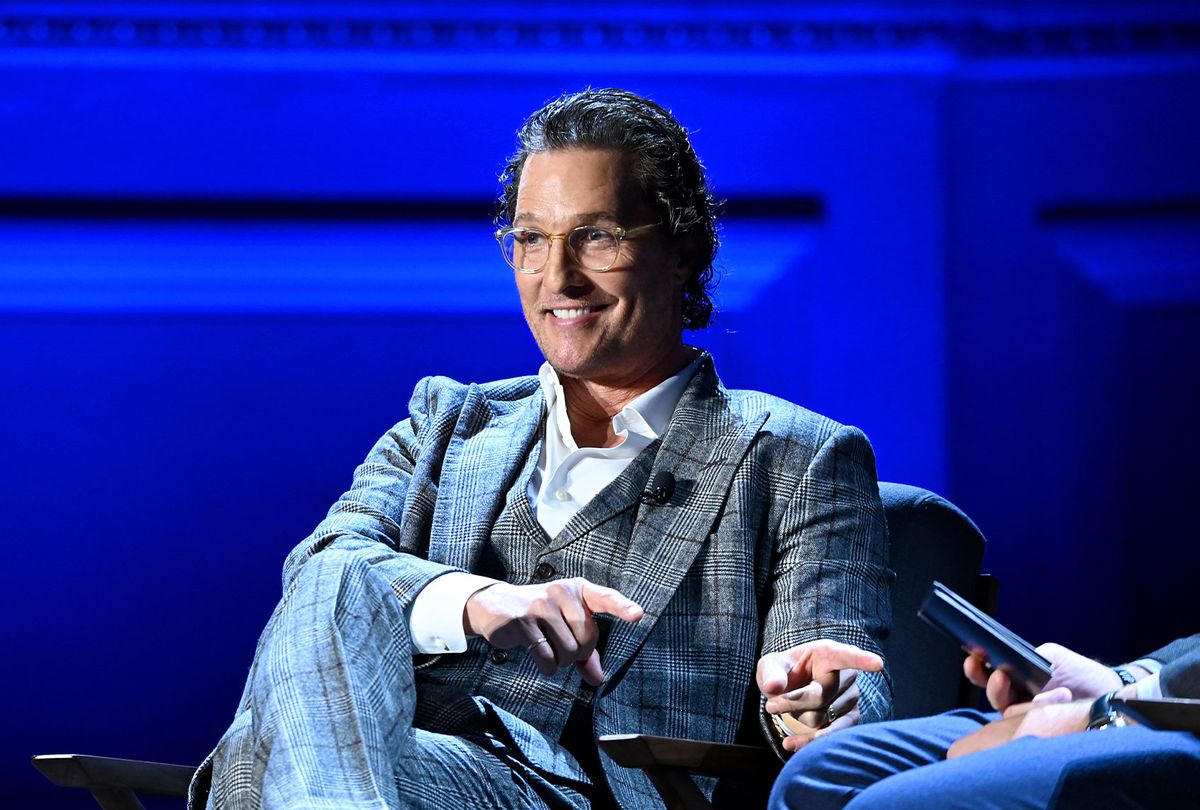 Independence Day this past weekend brought mixed emotions to many Americans, after a devastating year of loss, fear, and violent political division. Oscar-winning actor and maybe-candidate for Texas Governor Matthew McConaughey had some choice words of his own to describe the state of the Union to mark the Fourth of July on Sunday. The biggest takeaway from his Instagram video has been his characterization of America as "going through puberty," but the post was rife with plenty of other interesting insights.

The "puberty" comments have since gone viral and raised plenty of eyebrows, although they actually, arguably make sense in context — we talk about the history of the United States as if the Revolutionary War took place thousands of years ago, when it all happened not quite 250 years ago. America is a pretty young country, in context.

But one particular reason McConaughey's remarks have received so much attention is his potential, much-speculated-about bid for Texas Governor, to unseat Republican Gov. Greg Abbott in next year's election. McConaughey first said he was seriously considering a run in March this year, after several months of flirting with the idea. Polls currently have the actor and Abbott neck-and-neck. One poll released Sunday by The Dallas Morning News and the University of Texas at Tyler found that 39% of registered voters in the state support Abbott, while 38% say they would back McConaughey. A poll from April found 45% of registered voters surveyed would support McConaughey, while only 33% would vote for Abbott.

If McConaughey does formally enter the race, and win in an upset, it would be hard to do more harm to the state than Abbott, whose highlight reel includes opening the state as the pandemic continued to rage, failing to act beyond blaming climate justice activists when a catastrophic freezing temperatures hit and upended the power grid, and signing into law the severest abortion ban in the nation. Yet, McConaughey doesn't exactly have a glowing political track record himself, mostly because he doesn't really have one.

State voting records unearthed by the Texas Tribune found McConaughey hadn't voted in a Texas primary election since 2012. He also hasn't specified whether he would run as a Republican, Democrat, or Independent, and his comments — and lack of political campaign contributions — give little indicator of where he stands, either. And, sure, it might seem like a centrist-friendly Independent might have more luck in a state like Texas than a flaming liberal candidate, but if McConaughey is serious about running, he'll have to give a policy position or two, at some point, and actually make a case for what, exactly, he'd do that would improve Texans' lives compared with Abbott.

The only hints the actor has given about where he stands on the political spectrum come from an interview he gave with Russell Brand in December. In the interview, McConaughey dared his fellow Americans to try being "aggressively [centrist]," and criticized the left by arguing that they "condescend, patronize, and are arrogant towards that other 50 percent." It's a common criticism of leftist politics, and people of all political affiliations could stand to make their work more accessible. But it's hard to frame the left as the elitists when the right's go-to punchline since 2018 has been that Rep. Alexandria Ocasio-Cortez was once a bartender and is therefore illiterate.

McConaughey would hardly be the first entertainer to transition into politics, lest we forget our former reality show host-in-chief. Beyond him, we've seen Ronald Reagan also take up the role, Arnold Schwarzenegger become Governor of California, Al Franken become a U.S. Senator representing Minnesota, and, of course, we're constantly hearing about a potential run for Dwayne "The Rock" Johnson (which provides the interview framework of his NBC sitcom "Young Rock."). Not all celebrity political leaders will necessarily be as disastrous as 45 (according to historians, four others are worse), and it's not necessarily a bad thing to show everyday Americans that they don't need an extensive political resume to run for office. But in McConaughey's case, it would be helpful to at least know where he stands on the issues — or, hey, whether he's even going to run!

In any case, McConaughey has still yet to declare, and the clock is ticking with the Texas gubernatorial election just over a year away. But if he keeps it up with the viral comments about America's "puberty" experience, we can expect to see and hear a lot more about him.