Jicama has a juicy, crunchy bite with a sweet flavor that complements citrus beautifully 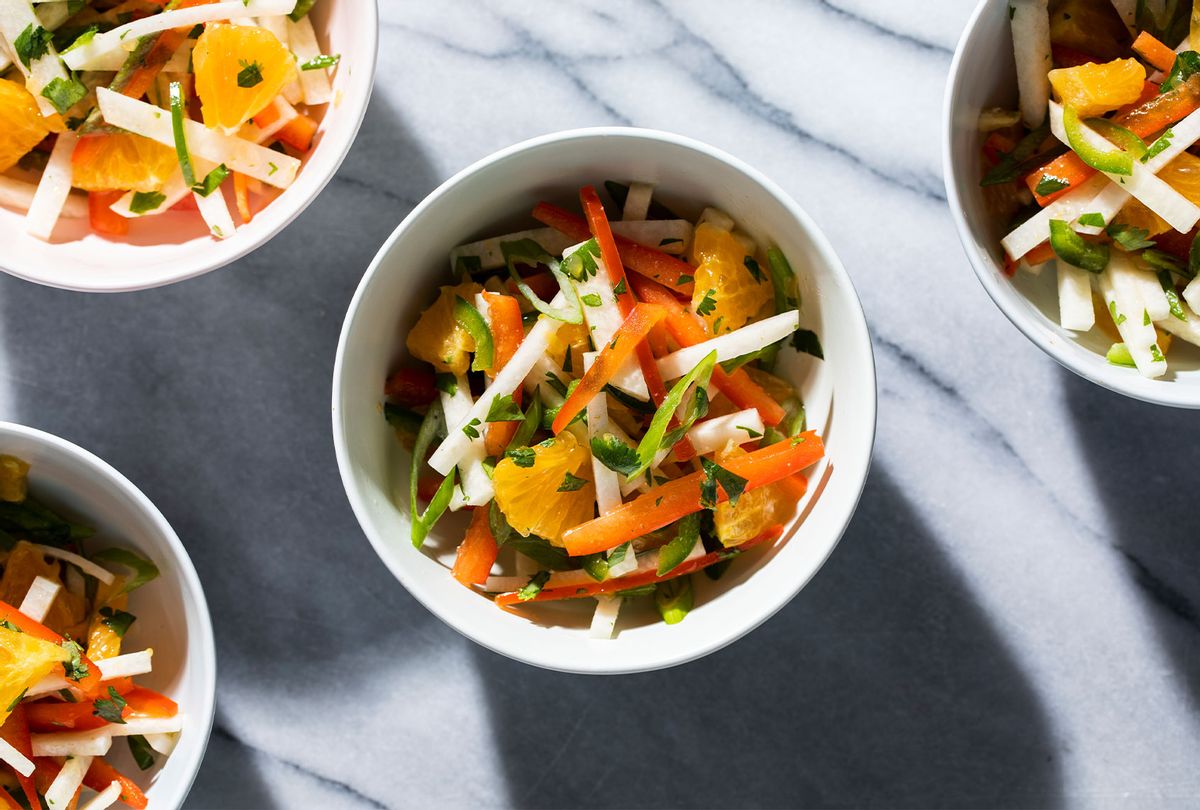 If you're not a fan of cilantro, you can substitute fresh parsley. Toast the cumin in a dry skillet over medium heat until fragrant (about 30 seconds) and then remove the pan from the heat so the cumin won't scorch.

1. Cut away peel and pith from oranges. Halve oranges from end to end. Cut each half lengthwise into 3 wedges, then cut crosswise into ¼-inch pieces. Place orange pieces in fine-mesh strainer set over bowl; let drain to remove excess juice.

3. Toss jícama and bell peppers with ¼ teaspoon salt in large bowl until combined. Add jícama mixture, jalapeños, cilantro, scallions, and oranges to bowl with dressing and toss well to combine. Divide salad among individual plates, drizzle with any remaining dressing in bowl, and serve immediately.

If you like this recipe as much as we do, check out "The Complete Salad Cookbook" by America's Test Kitchen.