Why is colon cancer on the rise in young people?

Despite a drop in older patients, colorectal cancer diagnoses are increasing in younger and younger Americans 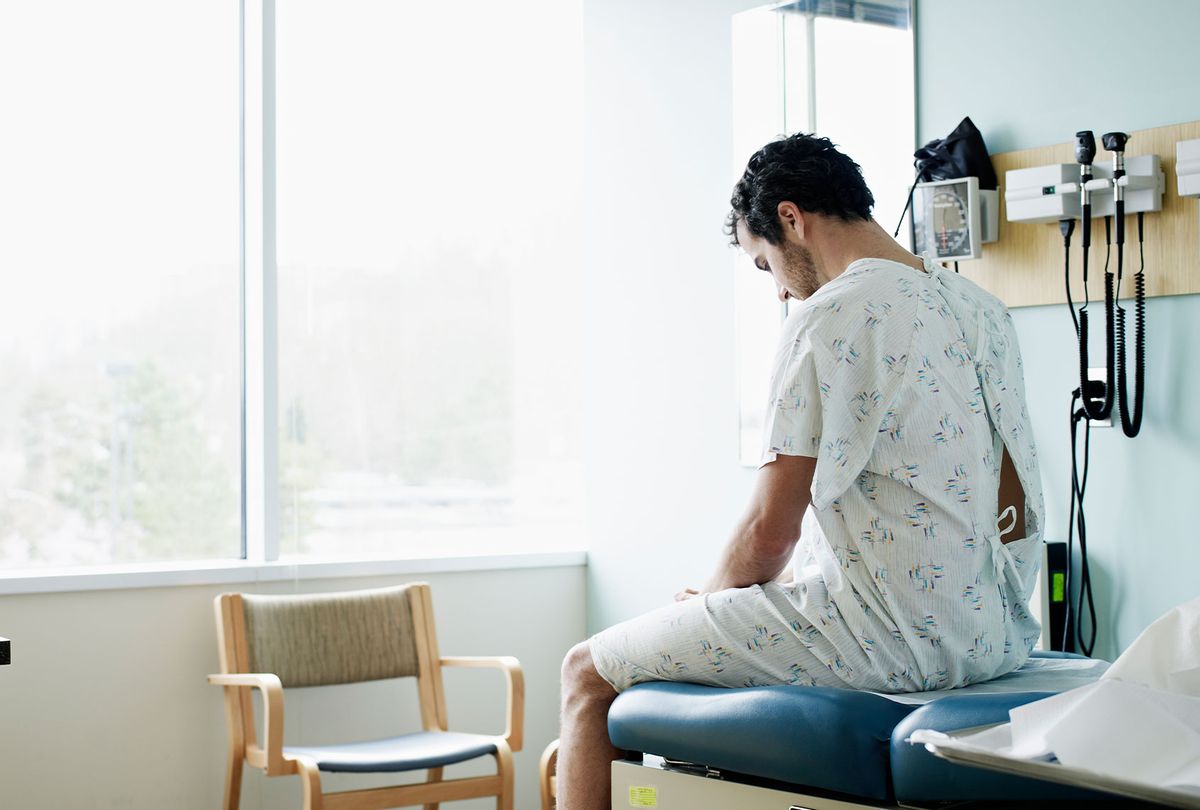 When actor Chadwick Boseman died last year at the age of 43, it was shocking for many reasons. Young people aren't supposed to die, period, but they're definitely not supposed to die of a condition traditionally associated with the elderly and infirm. But the untimely loss of Boseman to colon cancer was not as unique as you might assume. YouTuber John Peter Bain, aka TotalBiscuit, died of it in 2018. He was 33. And in 2020, both 37-year-old artist Jason Polan, known for his Uniqlo collaborations and his mission to draw "Every Person in New York," and 53-year-old television actress Natalie Desselle-Reid died of it as well. Last year, more than 53,200 Americans died of colorectal cancers — and a concerning number of them were young. The Mayo Clinic estimates that half of early onset colon cancer patients now are under 40.

The shift in colon cancer demographics has been raising alarm bells in the oncology community for some time now. In 2015, the Journal of the American Medical Association warned, "At the present rate, the incidence rate for young patients with newly diagnosed colon or rectal cancer will nearly double by 2030, while it will similarly decline by more than one-third among patients older than the screening age of 50 years. Stated another way, more than 1 in 10 colon cancers and nearly 1 in 4 rectal cancers will be diagnosed in people younger than the traditional screening age."

This isn't just about diagnoses, though. It's about fatalities. As the American Cancer Society reports, "Although the overall death rate has continued to drop, deaths from colorectal cancer among people younger than 55 have increased 1% per year from 2008 to 2017." And for people of color, the news is even bleaker. The ACS reports that "African Americans are about 20% more likely to get colorectal cancer and about 40% more likely to die from it than most other groups."

So what's going on here? In short, "We don't know," says Dr. Jeffery Nelson, surgical director for the Center for Inflammatory Bowel and Colorectal Diseases at Mercy Medical Center in Baltimore. But, he says, "It is almost certainly multifactorial."

"The overall incidence of colon cancer has been dropping steadily over the last 30 years or so. In the younger age group it has been steadily rising since the mid-1990s," Nelson says. "The Western diet and lifestyle are chief culprits."

Dr. Rebecca Brown, assistant professor of surgery at the University of Maryland School of Medicine, has a similar perspective. "The exact factor driving this progressive rise in aggressive colorectal cancers in young patients remains unclear," Brown admits. "While some of this may be attributable to increased access to care and improved compliance with colorectal cancer screening, there is likely a yet to be identified environmental or genetic factor — or a combination of these — that is leading to this uptick."

"Some studies have suggested that unhealthy diets high in processed foods and low in fresh fruit and vegetables, changes in the bacteria living in the intestinal tract (the microbiome), obesity, and chronic inflammation can contribute to early onset colorectal cancer, but none have been pinpointed as the cause of this recent trend," Brown says.

To make matters even more complicated, the COVID-19 pandemic has created an expected — if stunning — plummet in screenings over the past year. Colonoscopies were down a full 90% in 2020. To that end, organizations like Stand Up to Cancer have this year made a priority of early detection awareness, as well as encouraging a lowering of the recommended age for a first screening from 50 to 45.

It's easy to be blindsided by the ominous rise in colon cancer — in no small part because we are not great at talking about our very private and humbling colorectal health issues. Adding to the discomfort level is the fact that some colorectal cancers can lead to side effects like sexual dysfunction. More than two decades ago, after Katie Couric lost her husband to colon cancer, she famously underwent a colonoscopy on the "Today" show to increase awareness and encourage early screening. The event became an easy punchline, and, as the Washington Post reported at the time, a test of "viewers' intestinal fortitude." Times haven't changed all that much since then. More recently, Jim Gaffigan did an entire routine about the emotional roller coaster of "getting a camera shoved up your butt."

I get it. Anything that at best involves just "a camera shoved up your butt" is inherently awkward. When I had my first colonoscopy two years ago, I didn't eagerly rush to share the details with my entire social circle. (Lesson learned: Unless you love diarrhea, it's the preparation for it that's the real bummer.) But no one should die of embarrassment.

Until there are clearer answers to why these cancers are on the rise, all of us can do ourselves and our loved ones a a favor by recognizing the signs, and taking them seriously. "The main symptoms to look out for," says Nelson, "are rectal bleeding, any change in bowel habit, abdominal pain, and unexplained weight loss."

But these "are typically late symptoms," Nelson warns, "thus the push to get people screened. The trick is to find colon cancers before they are symptomatic, or preferably when they are just benign polyps."

As difficult and uncomfortable as it may be to talk openly and assertively to doctors, it's urgent that we do. The Colorectal Cancer Alliance reports that among patients under the age of 50, "75% of patients and survivors reported they saw at least two different physicians, and 36% were seen by three or more physicians, before receiving a correct diagnosis."

Despite the grim signposts, there is some encouraging news as well. Let's start with this: Early detection works. Localized colon cancer has a 91% survival rate. If that's not an incentive to keep nagging your doctor if something doesn't feel right, I don't know what is. Just because a cancer is targeting younger and younger patients, that doesn't mean that with good science and good communication, you can't still live to a ripe old age.