The French film, which premiered at Cannes, follows an unambitious flight attendant for a low-rent airline 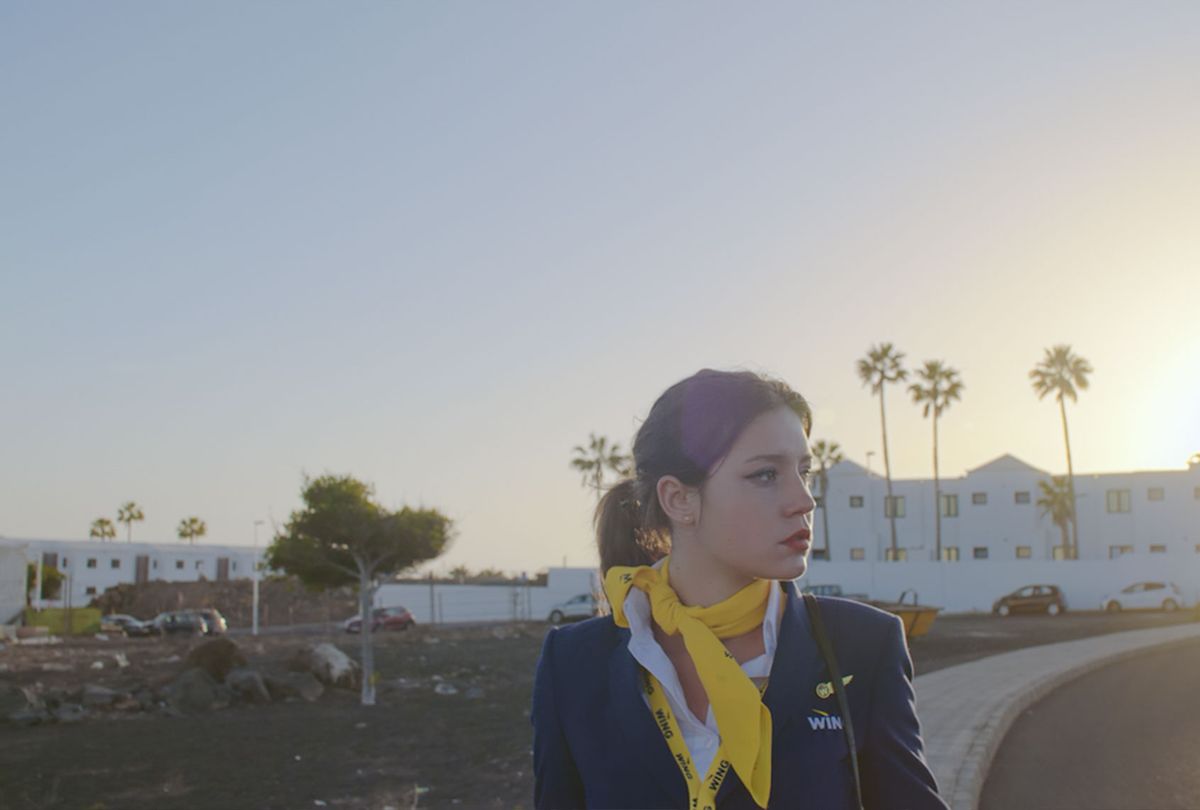 The probing character study, "Zero F**ks Given" (the French title is "Rien à foutre"), premiered Sunday in the Critics' Week Competition at this year's Cannes Film Festival. The film, written and directed by Julie Lecoustre and Emmanuel Marre, follows Cassandra (Adèle Exarchopoulos from "Blue Is the Warmest Color"), an unambitious flight attendant for a low-rent airline based in Lanzarote. She works long hours, parties or lazes in her down time, and tries not to think about her mother's recent death.

That's pretty much it for 115 minutes. "Zero F**ks Given," is about depression, and does not provide much in the way of drama, save a few encounters Cassandra has with managers at the airline who question her alcohol use or her breaking the company's rules.

The filmmakers immerse viewers in the world of flight attendants and overperform in showing the monotony of the profession. That is a compliment and a criticism. Cassandra has a few exchanges with needy passengers that show the thankless and taxing nature of her work. There are a few scenes that provide insight — such as a training session for cabin manager that requires folks to smile for 30 seconds (and most can't). But so much of the film is tedious.

"Zero F**ks Given" even raises a topical issue about unfair working conditions when Cassandra and her fellow flight attendants are approached by employees on strike. While Cassandra is sympathetic to their cause, she really just wants to get to work. This scene may indicate something about Cassandra's personality — that she has more apathy than attitude — but the overarching point of her masking her depression through work (and alcohol) isn't quite compelling enough. Even fans of the actress, who might be content just watching her for two hours, (and there are very few moments Exarchopoulos is not on screen) will get restless.

Cassandra s-l-o-w-l-y reveals herself over the course of this film. The actress, who is also featured in the police thriller, "Bac Norde," playing at Cannes this year, is a magnet for the camera. She can be fascinating to watch her perform her duties with minimal interest. But the most interesting scene has her talking to a cell phone representative and fighting back tears as she considers upgrading her calling plan. Cassandra is obviously hurting inside (she easily fails the 30-second smile test) and when she is not working, she tries to soothe her pain with alcohol and/or hookups. In what may be her most emotional moment she begs a guy not to take a shower so they can cuddle for five more minutes.

Lecoustre and Marre are savvy in wanting to profile an aimless character who is stuck in a rut. Significantly, Cassandra's mental health is never discussed, but it hangs like a dark cloud in the background. Exarchopoulos' committed performance conveys this silently, which is to the film's credit, but it also feels like there is a missed opportunity for something deeper here.

"Zero F**ks Given" downshifts after its mid-point when Cassandra returns home to her father Jean, (Alexandre Perrier) and sister, Michelle (Mara Taquin). Alas, the narrative does not become any more interesting. Considering that an earlier scene showed Cassandra telling her sister that she couldn't take time off for the holidays — a lie; she volunteered for extra shifts — one might expect that there would be more tension at home. But the atmosphere is more one of melancholy. The sisters hang out and drink, and occasionally discuss their dead mother. Jean hopes to resolve a legal situation involving his wife. It is very quotidian.

The filmmakers' approach is rooted in "fly on the wall" documentary, which is certainly appropriate for their closeup examination, which is, for better or worse, reminiscent of mumblecore. There are some nice, naturalistic images during a scene where only the lit ends of the cigarettes are seen as two characters talk one night, but extended shots of Cassandra's environment on the ground feels like unnecessary padding.

Near the end of the film, the narrative pulls at giving Cassandra a possible path forward. Tolerant viewers may feel invested in her character, and it is hard not to root for her. However, the biggest problem with "Zero F**ks Given" is that, truth in titling, it never quite engenders the emotions it should.