Beyond Chicken parmesan? Notes on alt-milks and vegan cheese from an Italian kitchen

Dairy milk isn't my jam, but cheese is unquestionably my favorite food. What does that mean for my Italian staples? 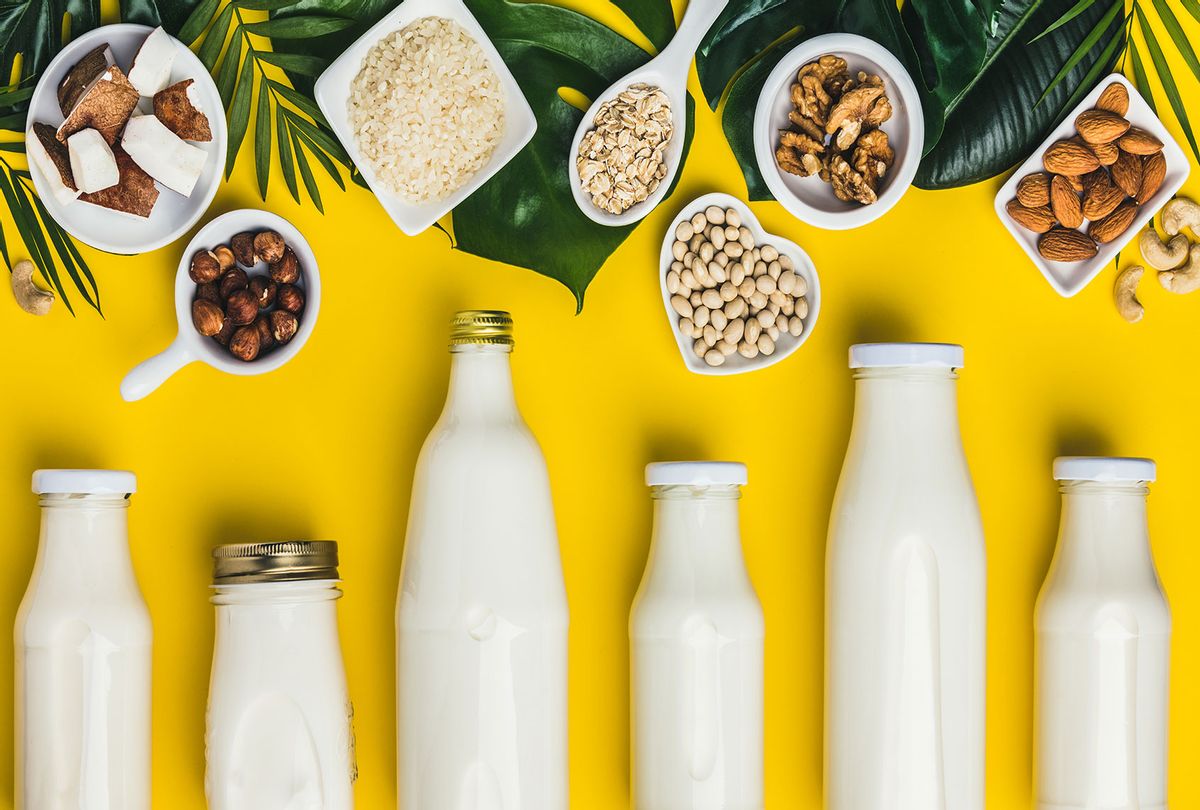 My relationship to dairy products is complicated.

As a late-80s baby who grew up in the 90s, I was ensconced in "Got Milk?" era, but raised by a mother who was vehemently opposed to the drink. In my small elementary school in suburban New Jersey, we literally had mid-morning "milk breaks," perfectly between breakfast and lunch. As my classmates feverishly drank from their little milk cartons, I would tepidly sip on water bottles — or, if my mother was in a generous mood that week, chocolate milk or maybe even skim milk.

My beastly classmates would bellow, "Michael's drinking 'skin' milk!" and I would strategically hold my carton to hide the label. As an elementary school kid, I wanted to drink regular, whole milk like my classmates, but it certainly wasn't like I had developed a taste for it. Fast-forward 25 years and I can count on one hand the amount of times I've chugged a glass of milk.

Heavy cream, however, is a different story.

It's really all that I add to my coffees, cold brews, and espressos. Other dairy products have an invaluable place in my home kitchen, too. Yogurt, sour cream, fromage blanc and creme fraiche add body and levity to numerous dishes and are also delicious on their own. Cheese is, unquestionably, my favorite food; when I make chicken parmesan, I like to add "heaps and heaps of cheese" and savor those almost-burnt shards as a chef's treat.

Around me — and around all of us, actually — is a growing tension between Big (Traditional) Dairy and a legion of alt-milks looking to take over supermarket shelf space. According to a report from LiveKindly , in 1975, Americans drank 247 pounds of milk per person. In 2018, that number shrank to 146 pounds. Lancaster Farming notes that fairy farmers "will likely have to get by on razor-thin margins this year," while USDA data shows that the last three years' numbers "larger year-over-year declines than any other decline in the last 13 years" for dairy farmers.

Put another way: While you may have once asked "milk or cream?" when making coffee for someone, the question isn't nearly as neatly binary in 2021. But how did we get here? And what does it mean for conscious consumers and home cooks like me?

For decades, dairy milk was touted as a wonder-drink that would give kids strong bones and enable them to grow into Olympians. However, in recent years, environmental and animal welfare concerns have tarnished milk's health halo. There's the question, too, of whether humans were even meant to consume dairy milk; a fact that has always resonated with me is that human beings are the only mammal that drinks the milk of another species and the only mammal that consumes milk after childhood (I would insert the 'thinking' emoji and maybe even the 'side eye' emoji at this point, if I could).

Ninety percent of adults of East Asian ancestry actually have trouble digesting lactose and LiveKindly notes that the American Medical Association actually "called for an amendment of the federal law that mandates children must be served cow's milk for school lunch," which is directly correlated to the millions of Americans suffering from lactose intolerance — many of whom are Black, Asian American and Native American.

While Outside  notes that many still regard cow's milk as a superb post-workout recovery drink, they also report that "a single glass of cow's milk uses more land and three times the greenhouse-gas emissions of any of the plant-based alternatives."

The production of plant-based milks isn't totally devoid of environmental concerns, either. The now-feverish demand for almond milk has had dire effects on our planet, especially wreaking havoc in California . Outside's reporting, bolsters this claim, noting that "80% of nuts used in almond milk are grown in drought-prone California, yet it takes over a gallon of water to produce a single almond."

In a recent Food52 article, Rebecca Firkser laments that there is truly no milk option that is entirely sound: whether due to allergens, animal welfare, environmental concerns, or nutritional perspectives. Of course, many non-dairy options are also very expensive. Firkser also notes that beyond animal welfare concerns within the dairy industry, issues like almond harvesting and cultivating and even oat growing can also bring up a whole slew of other questions - not to mention the treatment of the laborers who are tasked with growing, planting, and cultivating these plants, oftentimes in heinous conditions.

It's a veritable culinary whack-a-mole when it comes to what to pull out of your refrigerator.

All that said, the surge in alt-milks coincides with some breakthroughs in other plant-based products. Alicia Kennedy's stunning feature for Eater chronicling the history — and potential future — of vegan cheeses in Eater could single-handedly make you say "Hm, maybe I should try it?"

As Kennedy writes, "the last decade has been nothing short of a vegan cheese renaissance." The offerings have gone from tasting like melted crayons to "small-batch artisan vegan cheese, the kind that oozes, stinks, and blooms as convincingly as its dairy counterparts."

And consumers are responding. A recent study notes that "the global vegan cheese market size was valued at USD 1.01 billion in 2019 and is expected to grow at a compound annual growth rate (CAGR) of 12.8% from 2020 to 2027."

In April, I gave up all red meat and am now flirting with the idea of all-out veganism. In 2021, the amount of plant-based alternatives is wide-spread, not exorbitantly expensive and surprisingly delicious. If my skipping out on some dairy helps a few cows live a better life, helps reduce greenhouse gases from furthering the damage to our planet and potentially aids in my own health "journey," then what's to lose?

Maybe I'll move on to mastering Beyond Chicken parmesan, smothered with vegan mozzarella.