In parenting or politics, appeasement is often a losing psychological strategy, experts say 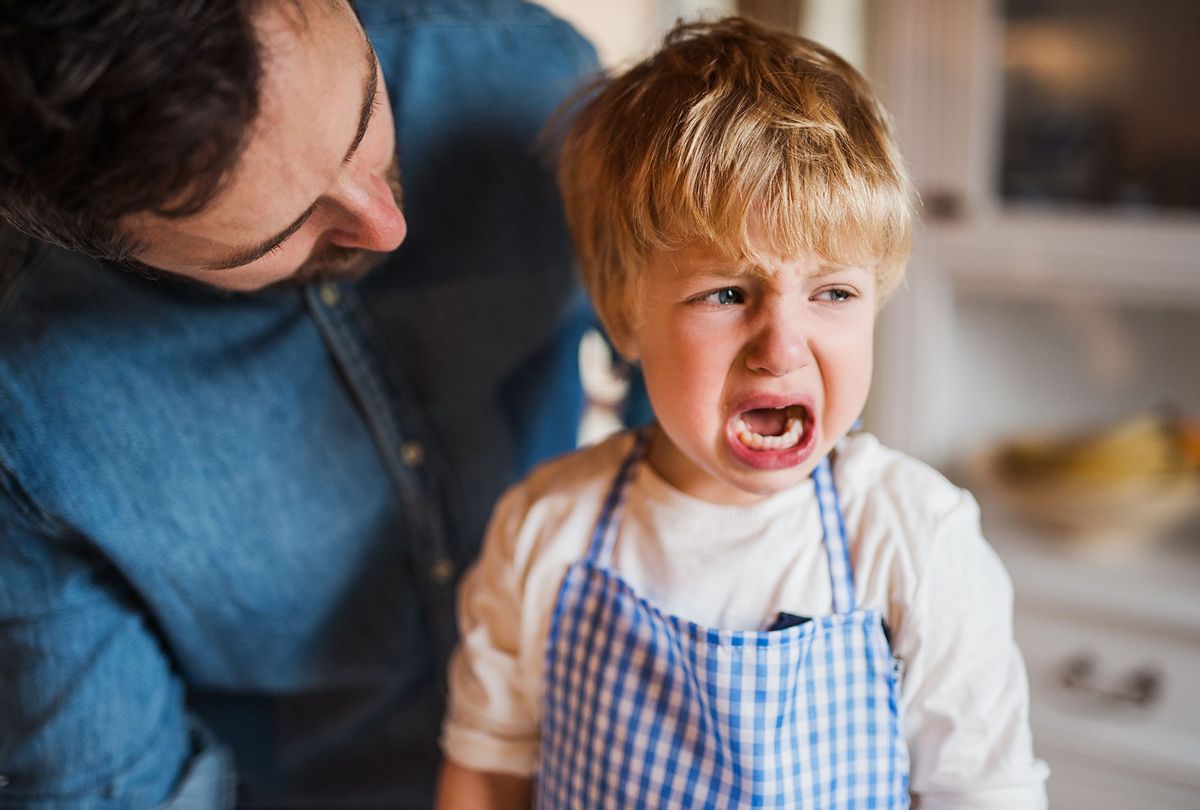 It is one of the most infamous stories of failed diplomacy in modern history: British Prime Minister Neville Chamberlain, determined to keep his country out of another world war, gave part of Czechoslovakia to Nazi Germany in the Munich Agreement of 1938. His hope was that appeasing Adolf Hitler — that is, placating his demands — by allowing him his desired conquest would sate his appetite for empire. Instead it emboldened him to continue with his imperialistic and genocidal ambitions. Appeasement, contemporaries and eventually students of history would learn, made World War Two more likely, not less so.

This story is not just relevant to geopolitics; nearly everyone has had to debate the strategy of appeasing someone in their life — whether a bully, boss, narcissist, partner, or otherwise. Parents, particularly, might relate to Chamberlain: moms and dads who bear witness to their toddler throwing a tantrum in public, demanding something generally verboten like a toy or candy, must weigh whether appeasement sets a bad parenting precedent.

Whether you're dealing with a toddler, a boss or a dictator, how does one know whether appeasement is the right strategy? And how does it affect the appeased, psychologically?

Psychologists describe appeasement as a tactic with deep roots in human psychology. It is not always bad to appease people — but it can be just as unhealthy in your personal life (or your child's life), as it was dangerous for the free world when Chamberlain did it more than 80 years ago.

"In psychology, appeasement behavior is something that can be observed in both the human and animal world," Dr. Holly Schiff, a licensed clinical psychologist, told Salon by email. "In the animal world, it is the action that one takes to reduce the likelihood of attack or threatening behavior from another. They will take a submissive posture, reduce their apparent body size, crouch and use vocal signals that are associated with young animals."

When it comes to human beings, this approach can be useful when we are faced with serious imminent threats, Schiff explained. "If the threat is another person, then giving them what they want and placating them can reduce the danger, even if what you do and say you later regret," she explained. "Your mind focuses on options that might reduce the immediate threat, and you may not be able to see other options that seem obvious later."

At the same time, appeasement can be a problem in other scenarios, such as parents who regularly appease misbehaving children.

"In the short-term, this may defuse an escalating situation; however, you are not getting the root of the problem," Schiff observed. "And if you continue to appease, you will be giving up on what you want and believe in and need, and how does this make the individual feel after a while?" It also sends the people observing the appeaser the message that they are weak and can be manipulated or taken advantage of.

Dr. Paul Greene, a psychologist who currently serves as the director of the Manhattan Center for Cognitive-Behavioral Therapy in New York, offered further insight as to when appeasement is or is not a sound strategy.

"There is no one recipe for knowing when to appease someone and when to 'stick to your guns,'" Greene explained. Yet in parenting, that recipe is often different than it might be for an adult.

"If you don't punish an undesirable behavior, that makes it more likely to recur," Greene pointed out. "This can be harmless in some situations but unwise in others. For example, if a passerby bumps into you and doesn't apologize, what is the real impact for you? Not much. However, if your 8-year-old cries until she gets more and more candy, there may be consequences for her health."

His other advice is that people should "try to be skillful in responding to undesirable behavior from others. Just because you might reject 'appeasement' in a given situation doesn't mean you need to start yelling, cursing, or screaming. The better you get at calmly and effectively asserting your opinion, the more results you might see."

Kimberly Perlin, LCSW-C, a licensed clinical social worker providing psychotherapy in Towson, Maryland who specializes in providing services to women "raised in emotionally chaotic homes," spoke with Salon by email about the importance of recognizing the specific power dynamics in a particular situation before deciding whether to appease.

"This question depends on what one is willing to risk and the power dynamics involved," Perlin told Salon. "If you are unhappy at a job and know you want to leave anyway, you might feel more free to appease or not appease as you know your time is limited. If you enjoy your position you have to consider the power dynamics (who can limit your growth or show you the door)."

She also urged those who consider appeasing to consider what they might be asked to do after the accede to this "one thing" and whether the behavior itself is sustainable.

"What is your tolerance for confrontation — does this coworker hold grudges or behave in ways you would find intolerable? What would be your plan if that would happen to you?" Perlin explained.

"Some will have a learning curve if you say no, stand your ground," Perlin added. "Some will not, they will push your boundaries and question your motives at least initially. You have to have a tolerance for both possible responses. People can claim they are appeasing a boss to help the boss but often it is about their own intolerance for conflict. They can't see past the conflict. One has to practice responses and often practice saying no to smaller issues in order to develop a tolerance for bigger nos."

Yet there is no reason to be ashamed if you struggle to avoid appeasing strategies with others. Indeed, very often those who practice appeasement do so because they are victims. Appeasement is often a vital survival strategy for those who face oppression in a dynamic wherein they are powerless. One example is sexual harassment.

"In the case of sexual harassment, somebody often tries to laugh off or ignore the behaviour," Olivia James, a London-based therapist who specializes in trauma, wrote to Salon. "This can look like tacit agreement, the recipient tries to look like it hasn't bothered her. So it can perpetuate the bad behavior because there were no consequences for those who perpetrate this behavior. We do not directly confront it and say: 'That's an inappropriate thing to say, I'm reporting you to HR.'" James added that victims often beat themselves up afterward, noting that "where there is a big power difference, we know direct confrontation is going to come back on us, so we freeze or appease." She added that appeasement "can also ensure our survival in the system as a woman in the workplace."

Dr. Jessica January Behr, a licensed psychologist who practices in New York City, noted that there are psychological "dangers" to appeasement — in both personal and political contexts.

Followers of national politics are likely aware that the psychology of appeasement is particularly relevant in this political moment. America is currently mired in gridlock because two Democratic senators, Joe Manchin of West Virginia and Kyrsten Sinema of Arizona, refuse to eliminate an ancient obstructionist tool known as the filibuster. By their own admission, they hope to appease the Republicans' Senate Leader, Mitch McConnell, by forcing Democrats to work with them despite their obstructionism. (McConnell has apparently ordered Republicans to go out of their way to praise Manchin and Sinema for appeasing them.)

It also remains relevant in terms of personal relationships. More and more people are drawing attention to toxicity in their romantic lives, with their families or at their jobs. Our culture is increasingly averse to appeasing those who wrong us, which is a healthy development. The question now is how to best help people who in the past may have felt compelled to appease. The goal should never be appeasing a party who hurts or wrongs you, but to make sure that you confront them in an effective and healthy way.