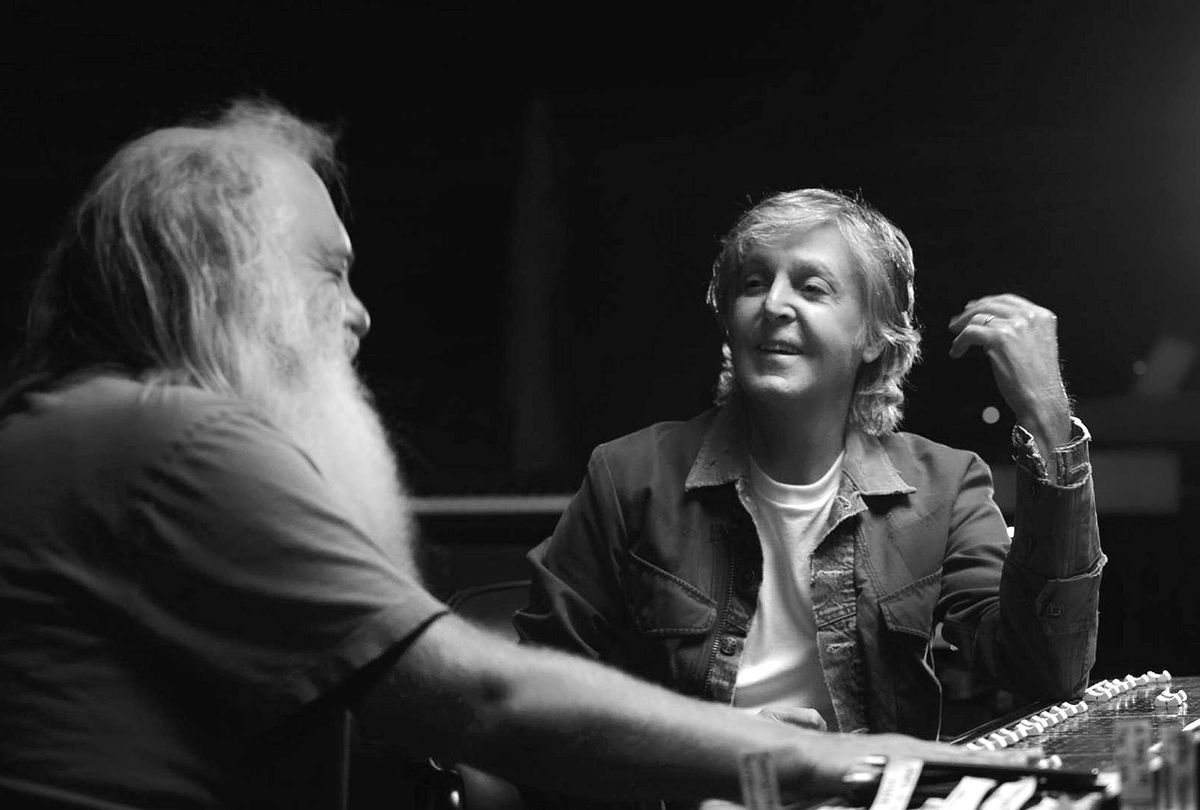 Hulu's "McCartney 3, 2,1" is, quite simply, the most engaging documentary ever made about the songwriting exploits of popular music's most successful composer. Directed by Zachary Heinzerling — the filmmaker behind Beyoncé's "Self-Titled" web doc — the six-part series finds Paul McCartney and producer Rick Rubin deconstructing one great Beatles tune and McCartney solo composition after another.

With Rubin acting as the former Beatle's bearded guru, "McCartney 3, 2,1" is served up in half-hour, bite-sized episodes. Often standing in front of a mixing desk, which he uses to great effect throughout, Rubin draws McCartney in conversation about the nuts and bolts of music-making, Beatles- (and post-Beatles) style.

The result is an insider's look at the musical composition and recording artistry behind history's most vaunted pop-music catalogue. "McCartney 3, 2,1" is chockful of warm-hearted asides from the Fab Four's pre-fame years, including Paul and John Lennon's playful, early spats, when they'd chide each other as "four-eyes" (Lennon) and "pigeon-chest" (McCartney). Thinking back to those days, McCartney wistfully observes that "at the time, I was just working with this bloke called John. Now I look back, and I was working with John Lennon" [emphasis added].

In its finest moments, "McCartney 3, 2,1" highlights the Herculean efforts of producer George Martin's collaboration with the Beatles. In many ways, the band's 1960s-era recordings make for extended case-studies in problem-solving during a time when Lennon and McCartney's musical dreamscapes often outstripped the technical capabilities of the contemporary recording studio.

McCartney rightly attributes many of the Beatles' most profound recordings to Martin's workarounds, including the producer's "wind-up" piano technique that made the spirited guitar-piano duet in "A Hard Day's Night" possible. He also credits Martin for elevating both the Beatles and popular music alike with the producer's innovative string arrangements for such classic songs as "Yesterday" and "Eleanor Rigby."

With Rubin carefully prodding McCartney along the way, we are treated to stories about the origins of the songwriter's work, as well as the nuts and bolts that went into making them possible. By highlighting key aspects of Beatles recordings, Rubin teases out McCartney's splendid bass line on "With a Little Help from My Friends," pronouncing it as a "lead bass" part, if ever there were one. In other instances, McCartney shares his joy over playing "Lady Madonna" on Abbey Road Studios' upright piano, whimsically known as "Mrs. Mills" in honor of the music-hall performer who used to tickle her ivories on that selfsame piano all those years ago.

While "McCartney 3, 2,1" may stumble, at times, over the composer's faulty memory — at one point, he seems to confuse a session with horn player Alan Civil with yet another involving trumpeter David Mason. But such slips are eminently forgivable as we look back through the mists of time — and especially for the now 79-year-old McCartney, who has known global fame for nearly the entirety of his adult life.

In some of the series' most heartwarming moments, viewers will no doubt enjoy McCartney's solo acoustic performances of such pre-fame confections as "I Lost My Little Girl," penned after the untimely loss of Paul's mother Mary in 1956, and "Thinking of Linking," a corny, but truly lovable song about adolescent romance. In such instances, "McCartney 3, 2,1" provides welcome glimpses of the magic that eventually made the Beatles possible.