Why it's (almost) impossible to argue with the right

The right only debates with itself: their view and their version of the left. Fighting with that is near impossible 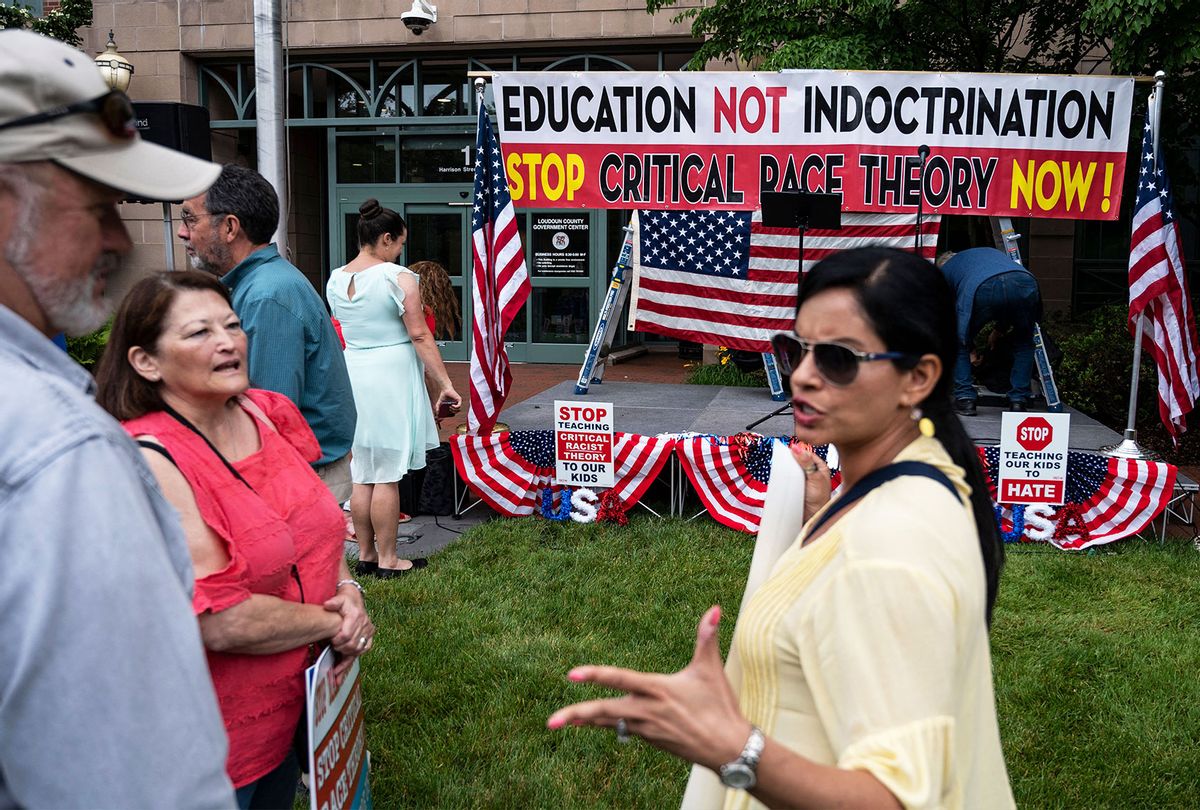 Not long after the attacks of September 11, 2001, my mom accused me of hating my country. By then she had fully fallen into the Fox News world, having married a far-right man late in life. But her position still surprised me. I was, after all, her own daughter. Didn't she have a basic idea of what I thought?

I explained that being against the war in Iraq, opposed to invading Afghanistan and all-out critical of just about everything the Bush administration did was not akin to hating my country. We went around in circles. But there was no convincing her that she held the wrong premise and that critique was not hatred.

That wasn't the only time in those years that I dealt with being told that I hated my country, but it certainly was the most frustrating. Again and again, then as now, those of us who make critical arguments about the United States, those of us who question conservative policies, those of us who point out examples of right-wing hypocrisies, aggressions, abuses and lies find ourselves in the strange position of having to argue against a warped understanding of what we advocate.

My mom and I never discussed what I actually thought about the United States, because the entire conversation was framed by her assertion that I hated it and my efforts to explain that I didn't.

I don't think I fully captured the core of the problem until I recently read an essay in The Atlantic by Ibram X. Kendi on how there is no debate over critical race theory. As Kendi puts it:

The Republican operatives, who dismiss the expositions of critical race theorists and anti-racists in order to define critical race theory and anti-racism, and then attack those definitions, are effectively debating themselves. They have conjured an imagined monster to scare the American people and project themselves as the nation's defenders from that fictional monster.

Kendi brilliantly lays bare that which many of us have been ensnared in for ages — that pundits and politicians create their own version of many progressive, liberal and leftist views, and then they fight with their version. There is no real debate and certainly no dialogue, because the entire game is to offer up a distorted version of a position, then freak out about it.

Once the pattern is recognized it can be seen everywhere. Kendi refers to the way it has been used with Black Lives Matter, the New York Times' 1619 Project, cancel culture, and critical race theory, but we can see the same play made with almost all progressive political positions. Professors are trying to brainwash students to become socialists, feminists think all men are rapists, abortion rights defenders don't care about life, the gay community doesn't respect marriage, and so on. We can even see it in claims that young people are snowflake whiners.

They distort from the start and then take up all of your bandwidth in fighting their distortion. They don't just set the terms; they singlehandedly define them — for both sides.

It isn't just that the right argues with itself. It is also that they do it really loudly.

There is little question that the vituperative, bullying nature of the right's so-called debating is also a core part of the problem. First, they misrepresent you, then they spin up into an incoherent meltdown. Think for a moment of how we now have such a high-profile chorus of right-wing gasbags, all of whom make their illogical points really loudly. Sometimes, as in the case of Alex Jones, they do so while shouting so intensely that they seem to spit into the microphone.

Take, for example, the recent scare over President Joe Biden's door-to-door vaccine strategy. The White House has noted that there is a growing disparity in communities receiving the vaccine. So, Biden proposes the notion that in some communities it might be beneficial to go door-to-door to spread information about vaccine safety and efficacy in order to encourage more people to get vaccinated.

So, what should the White House do? Refute these loony claims? Doing so only allows the right an ongoing platform to repeat them and forces the White House to engage in an exhausting repeat loop of trying to explain themselves. Yet leaving these unfounded accusations out there unchallenged has the real risk of costing lives. It's an impossible situation because it shuts down any form of reasonable exchange.

You can't debate with someone who isn't even listening to your point.

The rub, as Kendi makes clear, is that one simply can't argue with someone who won't even listen. "How should thinkers respond to monstrous lies?" he asks. "[T]alking with people who have created a monologue with two points of view, theirs and what they impute to you, gets old."

But what doesn't get old is finding a way to expose the rhetorical games played by the right. You might not want to bother trying to debate them, but there is much to be said for finding ways to reveal the faulty logic, hubris and bluster that so often characterizes their manufactured outrage.

This, of course, is why irony and satire do a better job of diving into the fray than reasoned critical discourse. Satire can take the absurdity of these right-wing faux debates and expose their spectacle. Think, for example, of how Desi Lydic Foxsplains for "The Daily Show." Even better, check out her takedown of the fake debates staged on cable news. Or consider how Samantha Bee drives home Kendi's point in her bit, " What Are Conservatives Screaming About today?" where she dissects the irrationality of the critical race theory backlash. Trevor Noah underscores the point the right has manufactured their version of CRT with a segment called, "Do Any Republicans Know What Critical Race Theory Actually Is?"

What this critical satire does is both refuse to debate with someone incoherent and irrational, while also refusing to let their claims remain unchallenged. Using irony is often the only way to fight the illogically absurd.