What responsibility do publishers and booksellers have for the content of the books they promote? 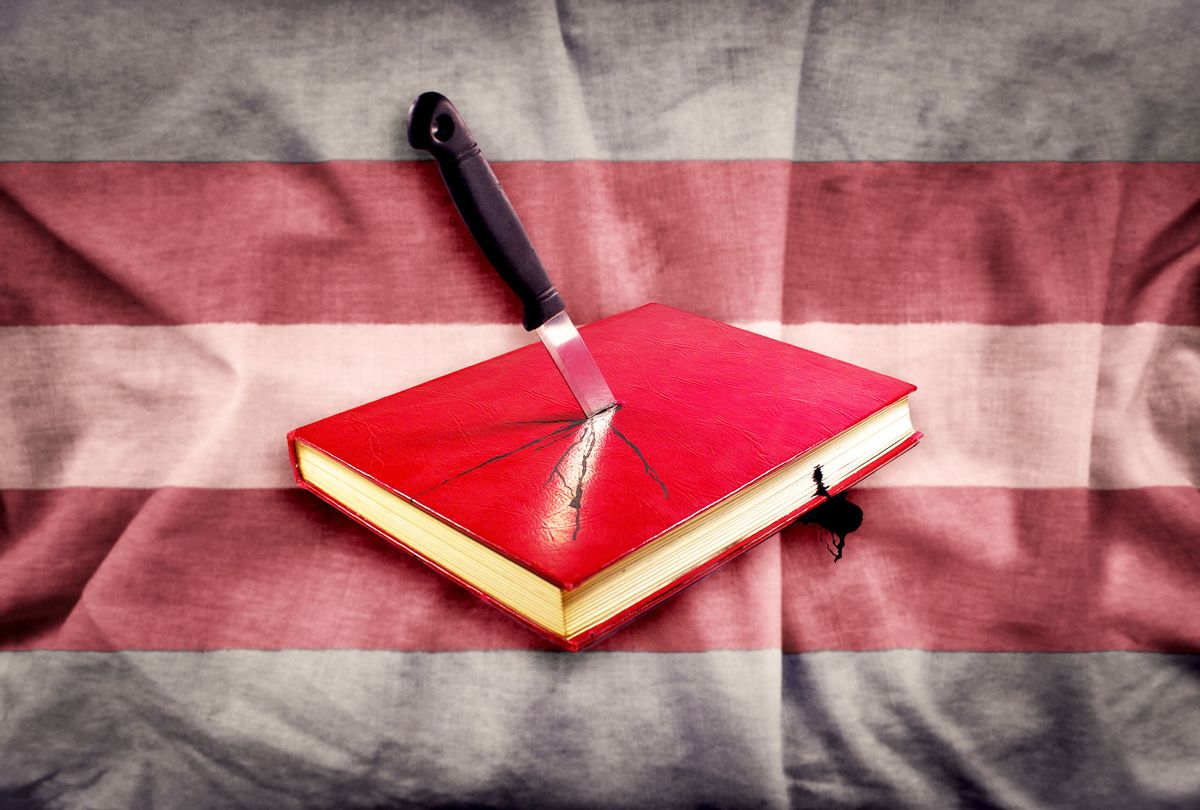 Just one month after Pride in June, the American Booksellers Association, Amazon and Target are in hot water over their promotion of a controversial book that presents transgender identity as a mental illness. Their complicity in the growing popularity of "Irreversible Damage: The Transgender Craze Seducing Our Daughters" by Abigail Shrier is raising fierce debate about the responsibility of book publishers and sellers when it comes circulating transphobic, inaccurate and dehumanizing content.

On July 14, ABA released a statement apologizing for including "Irreversible Damage" in its July white box, which promotes new titles for booksellers and buyers across the country. In its statement, the nonprofit apologizes for its inclusion of "an anti-trans book."

"This is a serious, violent incident that goes against ABA's policies, values, and everything we believe and support. It is inexcusable," the ABA said in a tweet. "We apologize to our trans members and to the trans community for this terrible incident and the pain we caused them. We also apologize to the LGBTQIA+ community at large, and to our bookselling community."

But the ABA isn't the only book or publishing entity facing heat for appearing to promote the book that markets itself as a guide to help parents "inoculate" a "generation of girls" from the "trans epidemic." NBC reports that hundreds of Amazon employees have rallied in opposition to Amazon selling the book, which is the No.1 bestseller in the LGBTQ+ Demographic Studies section at a time when anti-trans violence and legislation targeting trans youth are on the rise. According to NBC, 467 Amazon corporate employees have filed tickets involving complaints about the book, and at least two employees have resigned over the matter.

But Amazon especially is facing heat over its defense in selling the book, despite how doing so runs in direct opposition to a letter the e-commerce giant sent to Republican Senators in March, stating it has "chosen not to sell books that frame LGBTQ+ identity as a mental illness." In a stark reversal of this previous stance, an Amazon spokesperson told TIME earlier this month. "As a bookseller, we believe that providing access to written speech and a variety of viewpoints is one of the most important things we do, even when those viewpoints differ from our own or Amazon's stated positions."

The inequality of the free speech defense

What statements like this and the transphobic takes in defense of "Irreversible Damage" ignore, is the reality that words and ideas are often more than that — they can be violent when they strip people of their humanity. The thought experiments of privileged bigots aren't just innocent hypotheticals when they come at the expense of trans and marginalized people's safety, dignity and humanity.

The nod to the mythic, libertarian marketplace of ideas ignores vastly unequal access to this marketplace on the basis of our intersecting identities. From Shrier to "Harry Potter" author J.K. Rowling, how many vocally anti-trans writers are empowered with opportunities and platforms to spew transphobic misinformation and hate? In contrast, how many actual trans writers and thinkers are elevated in the same way?

Such cisgender authors with transphobic beliefs face fewer barriers and are more likely to have networks of support within elite publishing and bookselling platforms, compared with trans authors. In contrast, transgender people and especially those of color face some of the highest rates of poverty, rampant and violent discrimination, and even have a dramatically lower life expectancy than cis people. It's impossible to talk about "access to a variety of viewpoints" without the necessary context of whose viewpoints are and aren't going to be picked up, heard, and respected, based on who is sharing them

The debacle surrounding "Irreversible Damage" is a symptom of a greater issue when it comes to how we discuss and culturally litigate free speech in society. All too often, publishers, platforms and book sellers that know they stand to profit from peddling "controversial," dehumanizing ideologies and conspiracy theories do so under the guise that they have some sort of obligation to platform hatred in the name of free speech and the First Amendment.

But seeing as they're often private entities, they simply don't — they have total decision-making power over who they wish to confer space and influence upon. And if these platforms are going to confer this power upon transphobes who don't seem to care whether trans folks live or die as a result of the violent spread of their ideas, they should be honest that it's their choice to do so.

Free speech, censorship and so-called "cancel culture" are wildly popular topics of debate right now. All too often, conservatives who claim to loathe big government and celebrate privatization are the same people who are up in arms at the idea that Twitter, Amazon and other media entities and publishers don't have the obligation to platform hatred. Mainstream discussions of free speech often spiral into toxic both-sideisms, and false equivalencies that both water down the trauma and dehumanization of marginalized experiences, and whitewash the consequences of platforming bigotry.

It's precisely this thinking, that anyone and everyone — but especially white men and bigots — is entitled to a platform, that tells us to sympathize with a person accused of rape who's dropped by their publisher, but not the women who say they were harmed. It explains the furor over the  Woody Allen memoir and a recent book written by an officer involved in the shooting death of Breonna Taylor. Although Simon & Schuster dropped its plans to distribute the latter book after intense backlash, independent publisher Post Hill Press claims that its plans to publish will continue.

Publishers' and sellers' responsibility for their choices in content to promote has been a fundamental legal and moral question for decades if not longer. The technology of today has added a new dimension to the conversation, regarding social media and online shopping conglomerates like Amazon. The dangerous fumbling of the matter of Shrier's "Irreversible Damage" shows that many of those in power continue to fundamentally misunderstand their responsibilities to marginalized people.