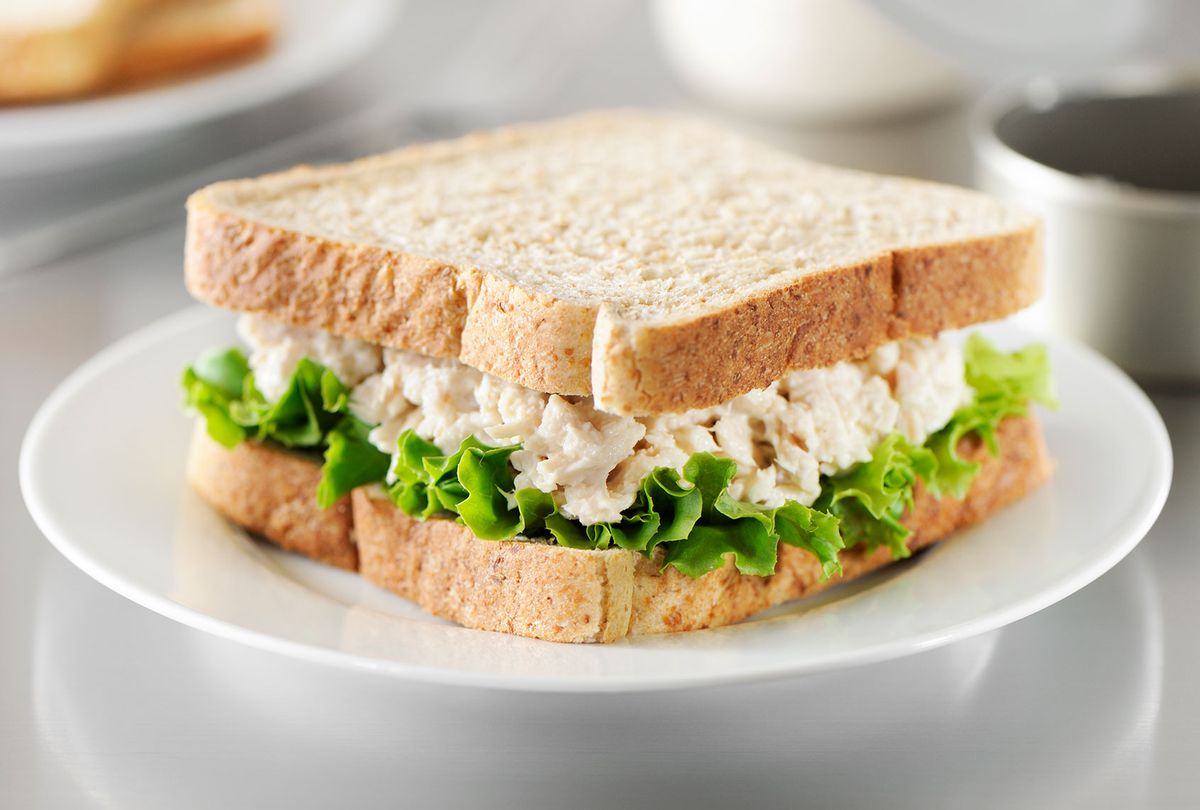 Subway's tuna sandwiches may not be their most famous product, but some (including this author) would argue they are one of their tastiest. Needless to say, it was alarming to read a report that a New York Times investigation into the sandwich's tuna found "no amplifiable tuna DNA," suggesting that the so-called tuna sandwich was not, in fact, tuna fish. Subway later questioned the reliability of the DNA tests, claiming in a statement that it "is simply not a reliable way to identify denatured proteins like Subway's tuna, which was cooked before it was tested."

The viral "fake tuna" debacle has undoubtedly hurt Subway's brand, and heightened a popular perception of corporations as shifty and untrustworthy. Yet regardless of the mystery meat's provenance, the saga highlights a larger industrial supply chain problem — namely, that fish fraud, as it is known, is prevalent. That means that if indeed some of Subway's tuna is "fake," it may not entirely be their fault.

"On Subway specifically, I would say that they are probably better than average, as far as companies of their size," John Hocevar, marine biologist and director of Greenpeace's oceans campaign, told Salon. "There are so many problems with the tuna industry that it is very difficult for companies sourcing as much tuna as Subway to be confident that they know their fish wasn't caught with forced labor, or in ways that are very harmful to our oceans."

Tuna isn't the only fish that has fraud problems. Oceana, a 501(c)(3) nonprofit ocean conservation group, began to investigate seafood fraud in 2011 and has since uncovered troubling patterns. In 2016 the group released a report about the worldwide scope of seafood fraud that detailed a pervasive, stomach-churning cheat of unsuspecting consumers. On average, one out of five of the more than 25,000 samples of seafood that they tested from 55 countries were mislabeled, with the trend occurring at every stage of the supply chain.

In the United States, studies released since 2014 found the average fraud rate (weighted by sample size) to be 28 percent. Worldwide, Asian catfish, hake and escolar were the fish most commonly substituted; more than half of the replacement fish (58 percent) were from species that could get certain consumers sick. In Italy, 82 percent of the 200 swordfish, grouper and perch samples tested were revealed to have been mislabeled; nearly half of the substituted fish have been labeled "threatened with extinction" by the International Union for Conservation of Nature (IUCN).

"Overall, what we found is that seafood fraud can happen anywhere both geographically and in the supply chain," Oceana deputy vice president for US campaigns Beth Lowell told Salon by email. Lowell explained that the supply chains which move aquatic food from the ocean to your table are "often opaque," making it easy for incompetence or unscrupulousness to lead to a bait and switch at consumers' expense.

Lowell added, "Oceana found that nearly one out of every three fish tested in the United States — in grocery stores and restaurants alike — were mislabeled." Often the mislabeling meant customers were spending more money than the fish was worth, or potentially put consumers at risk from fish that could endanger them. In one instance, Oceana found that high-mercury fish, for which the FDA warns against consumption by young children and pregnant women, were mislabeled and sold as "safe" fish that are low in mercury.

So why is fish fraud prevalent? The answer boils down to lack of regulation, poor regulatory bodies, and the profit motive — in other words, capitalism behaving as usual.

"In addition to the fact that we import a lot of seafood that was caught illegally, once it gets to a supermarket or a restaurant, we can't be confident that the legal seafood that is being sold is actually what it's being labeled as, and there are several reasons for that," Hocever explained. Indeed, very few businesses seriously follow their responsibility to trace the origins of their fish, and they can get away with it because their business is difficult to observe.

He added, "Another big challenge is something called trans-shipment at sea. Your average person would assume that a boat goes out, catches fish, and then comes back into port, sells those fish, and then goes back out, catches more fish. Instead, tuna vessels often handover their catch to another boat at sea and just keep fishing."

"All seafood sold in the U.S. should be safe, legally caught, responsibly sourced, and honestly labeled," Lowell told Salon. "Until then, honest fishermen, seafood businesses, consumers and the oceans will pay the price. Consumers have a right to know more about the seafood they eat, including what species it is, where it is caught and how it was caught so they can make their own decisions whether that be for health, sustainability or other reasons." She argued that the United States should expand the number of seafood types covered by the Seafood Important Monitoring Program (SIMP) and make sure that all seafood is traceable from the fishing boat to when it is consumed.

The Subway tuna sandwich scandal is not the first one to draw attention to the problem of fish fraud. The New York attorney general issued a report in 2018 revealing that a significant percentage of the fish purchased in New York City was mislabeled. Among other things, Letitia James found that farmed salmon samples were sold as "wild" 27 percent of the time, 87 percent of lemon sole was mislabeled, and 67 percent of red snapper fillets were mislabeled.

"I'm very happy to see law enforcement getting involved," Larry Olmsted, author of "Real Food/Fake Food: Why You Don't Know What You're Eating and What You Can Do about It," told Salon at the time. "Mislabeling is rampant in the seafood industry, and if you can't reliably get the fish you want in a port city like New York, just imagine what levels of fraud are like further inland. This business has had a fraud problem for years and years and the only people tracking it have been public interests groups."

Without regulation, us consumers may spend our lives worrying that the purveyors of succulent fish steaks, flavorful sushi rolls and moist crab cakes may be lying to us. That leaves us with a choice: take an informed risk, or avoid seafood altogether — even if that means, in my case, giving up on delicious Subway tuna hoagies.