Inside the media debate between using “sexual assault” and “rape” 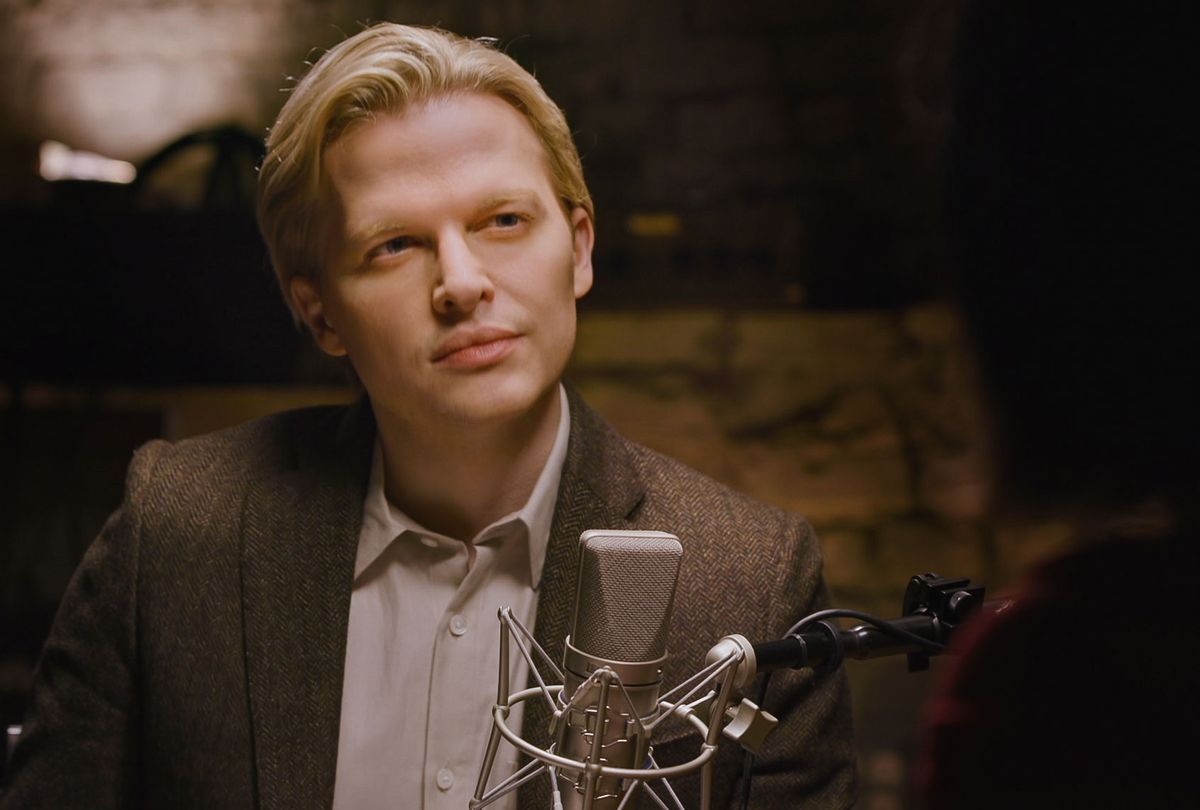 With Monday's concluding episodes of HBO's "Catch and Kill: The Podcast Tapes," Ronan Farrow finally closes the loop on the journey to publish the report about Harvey Weinstein's decades of sexual abuse in the New Yorker. "Catch and Kill" has been called the story within the story, pulling back the curtain on the at times devastating, inspiring and tedious components that went into Farrow's reporting.

The fifth episode in particular spotlights an issue Farrow – and others working in media – have contributed to in the language used to describe such abuses. Farrow and editors at the New Yorker discuss identifying the allegations of some of the women who had come forward against Weinstein alternately as "rape" or "sexual assault."

Those familiar with Farrow's 2017 report, "From aggressive overtures to sexual assault: Harvey Weinstein's accusers tell their stories," might know actress Asia Argento told Farrow she was 21 when she says Weinstein had raped her. Argento is one of three women who accuse Weinstein of rape in Farrow's piece, also including an aspiring actress named Lucia Evans, and an anonymous woman. Farrow reported that these women had described "forcibly performing or receiving oral sex or forcing vaginal sex."

On "Catch and Kill," New Yorker deputy editor Deirdre Foley-Mendelssohn recalls, "Weinstein's team was pushing very, very hard for us to not use the term rape, to use assault — and it seemed that was the direction things were going." Tammy Kim, a New Yorker fact checker, also says, "There were a couple colleagues who were skeptical or thought readers would be skeptical if we characterized certain acts as rape."

"Would using the term be sensationalist?" Farrow ultimately asks Kim and New Yorker head of research, Fergus McIntosh, who were tasked with fact-checking the Weinstein report. McIntosh's response: "Being cautious about something isn't an excuse for not telling the truth about it. Being cautious means being really sure about what happened."

As "Catch and Kill" and the U.S. Department of Justice explain, sexual assault is legally defined as "an attempt or apparent attempt to inflict bodily injury upon another by using unlawful force, accompanied by the apparent ability to injure that person if not prevented," while rape is legally defined as an "act of unlawful sexual intercourse accompanied through force or threat of force by one party and implying lack of consent and resistance by the other party."

The extensive conversations that went into the New Yorker's ultimate choice to specify that Argento, Evans and an anonymous woman alleged Weinstein had raped them are a focal point of the "Catch and Kill" episode. But this isn't the first time we've seen debate and deeper examination into the differences of these word choices.

In the introduction of Chanel Miller's 2019 memoir "Know My Name," in which Miller recounts her story of surviving the sexual assault to which Brock Turner subjects her and the ongoing assault of her case in the legal system, Miller writers: "The FBI defines rape as any kind of penetration. But in California, rape is narrowly defined as the act of sexual intercourse."

She continues, "For a long time I refrained from calling [Turner] a rapist, afraid of being corrected. Legal definitions are important. So is mine. He filled a cavity in my body with his hands. I believe he is not absolved of the title simply because he ran out of time."

Miller's self-described fear "of being corrected" is highly resonant for victims of violence and especially those with high-profile cases, who will often over and over hear their own stories told by other people. If they feel safe enough to come forward and share their own stories, that sense of safety or agency can be quickly stripped away when their deepest, most devastating traumas are picked apart and fact-checked in a way that feels dehumanizing.

Sexual violence will always make for challenging reporting, because of the essential nature of fact-checking, and adhering to legal standards that can be inherently cold and distant. Many survivors recognize this dilemma, but still feel unsafe, or as if other people are claiming to know more about their trauma than they do, when their language and recollections of their experiences are policed.

And of course, with Supreme Court Justice Brett Kavanaugh back in the news over a recent report revealing the FBI received nearly 5,000 tips about him, which the Trump White House took no actions to address, we're reminded of Dr. Christine Blasey Ford and other women's allegations against him. In a tense testimony before the U.S. Senate, Ford said that Kavanaugh had attempted to rape her when they were teenagers.

Ford says she was ultimately able to escape him, making the alleged encounter by legal definition a sexual assault, but Kavanaugh remains widely regarded by those who believe Ford's testimony as a "rapist." Many are then quick to correct this language by recounting the specifics of Ford's testimony, and in such cases, Miller's assertion that Turner should "not [be] absolved of the title [rapist] simply because he ran out of time" feels particularly relevant.

There is, as McIntosh says, a distinction between "being cautious" and "not telling the truth." And, as McIntosh also points out, it's deeply important to "tell it like it is," and to that end, to allow survivors to tell it like it is for themselves. When we hyper-fixate on correcting the language survivors use that feels most honest and true to their lived experience with trauma, what we may be striving for is accuracy and a patriarchal conception of objectivity, but we're actually reinforcing the ways patriarchy, white supremacy and wealth inequality protect abusers by casting doubt on victims and their credibility.

We see this all the time, often in more overt ways. Whenever they speak up, survivors are forced to hear that false accusations happen — and they do — but without the crucial context that all credible research shows this is highly rare, and there is nothing to gain and everything to lose from coming forward about experiencing sexual assault. When we focus on a highly narrow set of experiences over a far more common one in which one in five women are victims of completed or attempted rape, that is a manifestation of patriarchal power.

The maintenance of patriarchal power in society relies on the implicit and explicit characterization of women and victims as untrustworthy, not credible — they are either purposeful, evil liars, or, at best, irrational, overly emotional, and likely to "exaggerate" by erroneously calling their experience rape. "Catch and Kill" is deeply honest about this conflict, about the frustrating skepticism of media and the legal system, and, ultimately, about the critical importance of letting survivors speak and characterize their own truths.

On an emotional level, the conversation is at times difficult to hear, but it speaks to important truths about the highly arbitrary ways in which we assign credibility to victims of abuse, and the media that tell their stories. It speaks to the ways our culture and sometimes even well-meaning media objectivity standards and legal definitions can police and invalidate survivors. And it speaks to the lengths society goes to find ways to accuse those who come forward about sexual abuse of lying — by weaponizing legal definitions that should protect victims, and poking any holes possible to distract from the harms committed by the perpetrator.