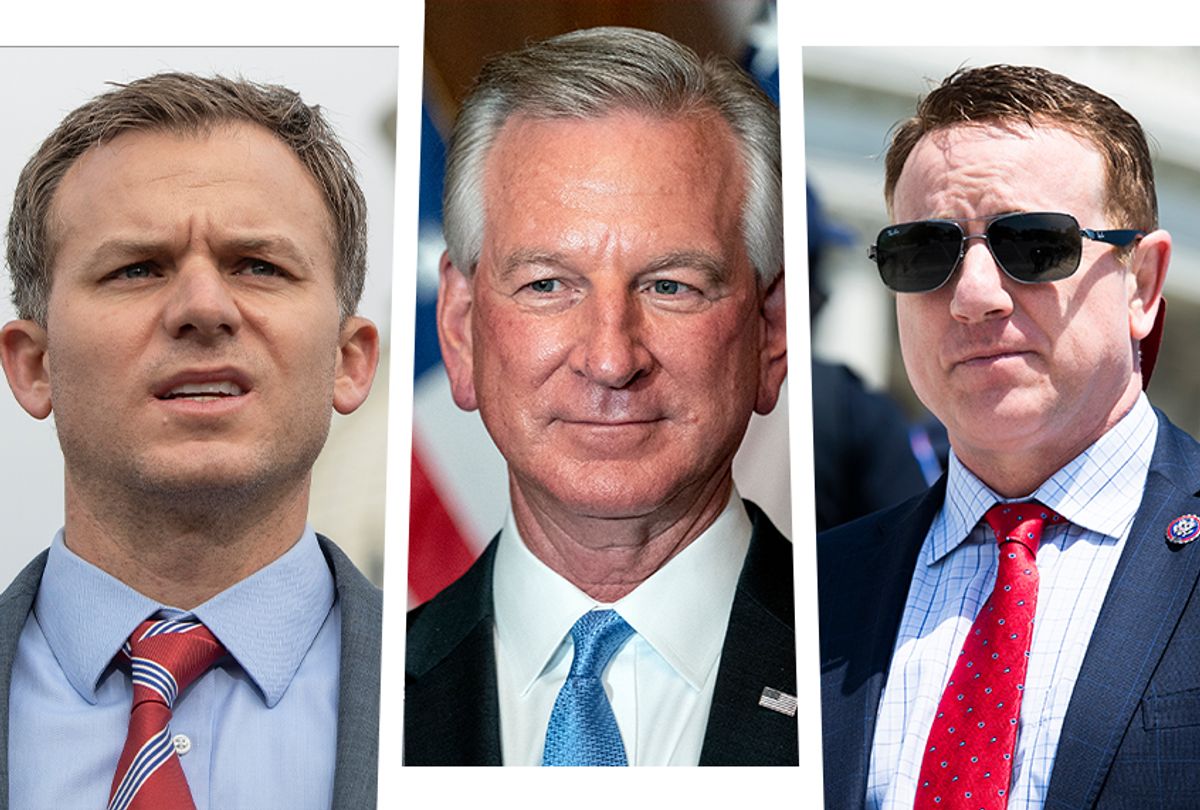 Three Republican lawmakers were accused of violating a federal ethics law through their prolific stock trading, according to complaints filed by a watchdog group Friday.

Sen. Tommy Tuberville and Reps. Pat Fallon and Blake Moore all reportedly failed to disclose dozens of trades worth up to $22 million within the 45 days mandated by a 2012 law called the STOCK Act, which was intended to fight conflicts of interest by lawmakers.

"When members of Congress trade individual stocks and fail to disclose those trades, they break the law and diminish the public's trust in government," the complaints, filed by the nonpartisan Campaign Legal Center, say. The organization also wrote that a recent spate of stock-related misconduct shows that the STOCK Act is not working as intended — indeed, fines for missing required filing deadlines are as low as $200 and more serious lapses are rarely forwarded to the Department of Justice or the Securities and Exchange Commission for criminal investigation.

As Salon reported earlier this month, Fallon also dumped $250,000 worth of Microsoft stock just weeks before the company's high-profile cloud computing deal with the Pentagon, valued at up to $10 billion, was abruptly cancelled. He sits on the House Armed Services Committee's brand new Subcommittee on Cyber, Innovative Technologies, and Information Systems, which has oversight over the deal in question, known as the Joint Enterprise Defense Infrastructure (JEDI) contract.

"The recent prevalence of STOCK Act violations in the House shows that merely the threat of a fine is not deterring members of Congress from breaking the law; real accountability is necessary," the CLC wrote in its complaint.

All three lawmakers told Insider that the trades were executed by financial advisors who buy and sell stocks on their behalf — though the STOCK Act states that each Congressperson is personally responsible for following the law.

The number of ethics complaints related to Congressional stock trading has grown over the last few years — and is one of the rare areas of Washington, D.C. where bipartisanship still reigns. Two Democrats, Rep. Tom Malinowski of New Jersey, and Rep. Sean Patrick Maloney, from New York, also had similar complaints filed against them earlier this year by the CLC and Foundation for Accountability and Civic Trust, respectively.