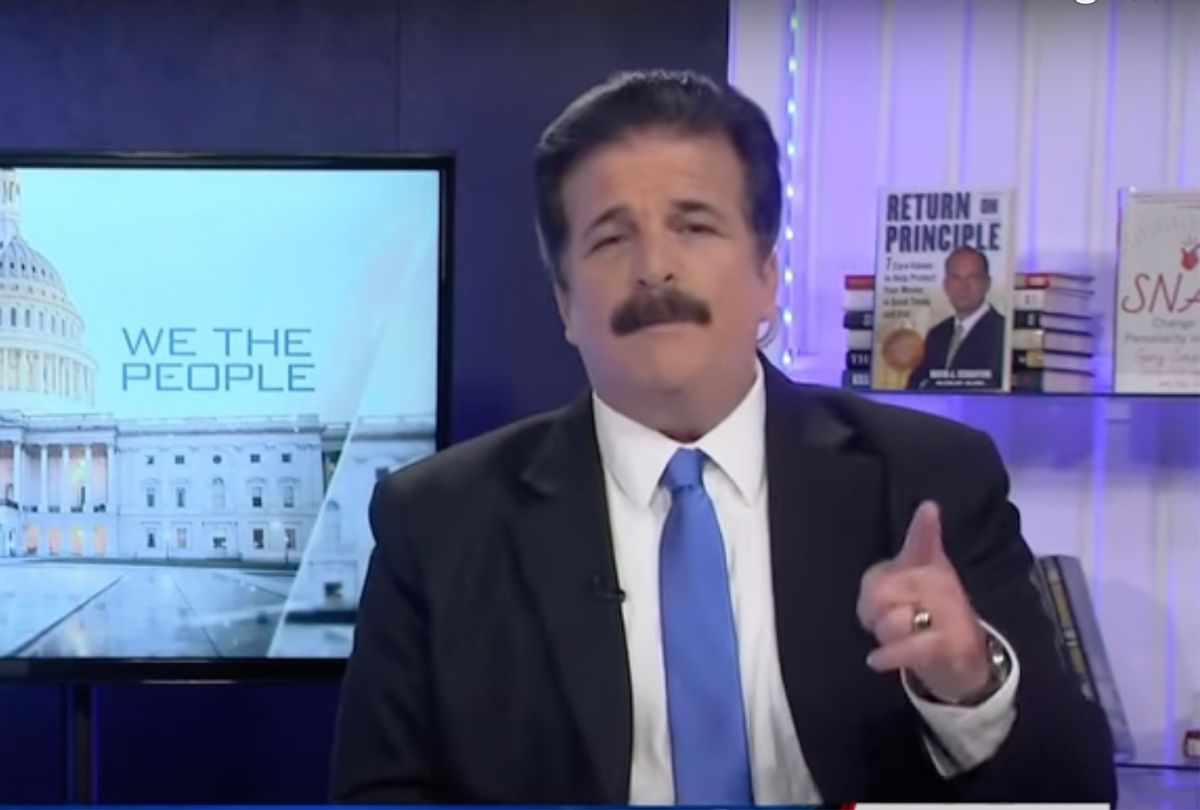 A former Newsmax host who spent much of his recent career railing against vaccines and all manner of COVID-19 precautions died earlier this week of complications from the virus, reports said.

Dick Farrel, 65, was also a longtime radio host in Florida, where local TV station WPTV writes he was "known and beloved by fans for his over-the-top right-wing opinions."

Those opinions grew increasingly vicious over the course of the past year-and-a-half as COVID swept through Florida, and the United States as a whole — calling Dr. Anthony Fauci a "power tripping lying freak" and repeatedly disparaging mask wearing as "face diapers" and "face pantys."

He also advocated strongly against vaccines — until contracting the virus himself.

"He told me this virus is no joke and he said, "I wish I had gotten it!" Amy Leigh Hair, a close personal friend of Farrel's who spoke with WPTV, wrote on her Facebook page.

"He is the reason I took the shot. He texted me and told me to 'Get it!' He told me this virus is no joke."

It was a stark about-face from his rhetoric throughout the pandemic, where he penned screeds on social media almost daily, blasting mitigation efforts and public health officials. "So, u think it wasn't a SCAM DEMIC? NOT ONE ELECTED DEMOCRAT ever tested positive," he wrote earlier this year.

Farrel was also a staunch supporter of former President Donald Trump, and parroted many of his lies about the 2020 election to his thousands of listeners and readers. He even advocated for violent uprising months after the Jan. 6 insurrection, posting "civil war beckons" as part of a June diatribe against liberals who wanted to ban the American flag, The Daily Beast reported.

He was warmly remembered by broadcasting professionals in Florida, who recognized his skill in being able to keep his audience listening.

"Was he right all the time? No... But he was "RIGHT" all the time, especially if you asked him. Did he stay out of trouble? Not always," Lee Strasser, the former Market General Manager for CBS Radio West Palm Beach, told WPTV.

"His passing is a big loss. He was a kind-hearted person with a load of passion, and his memory will stand the test of time."