“We're going to have to come up with something even better for Seasons 2, 3, 70," creator Elan Gale tells Salon 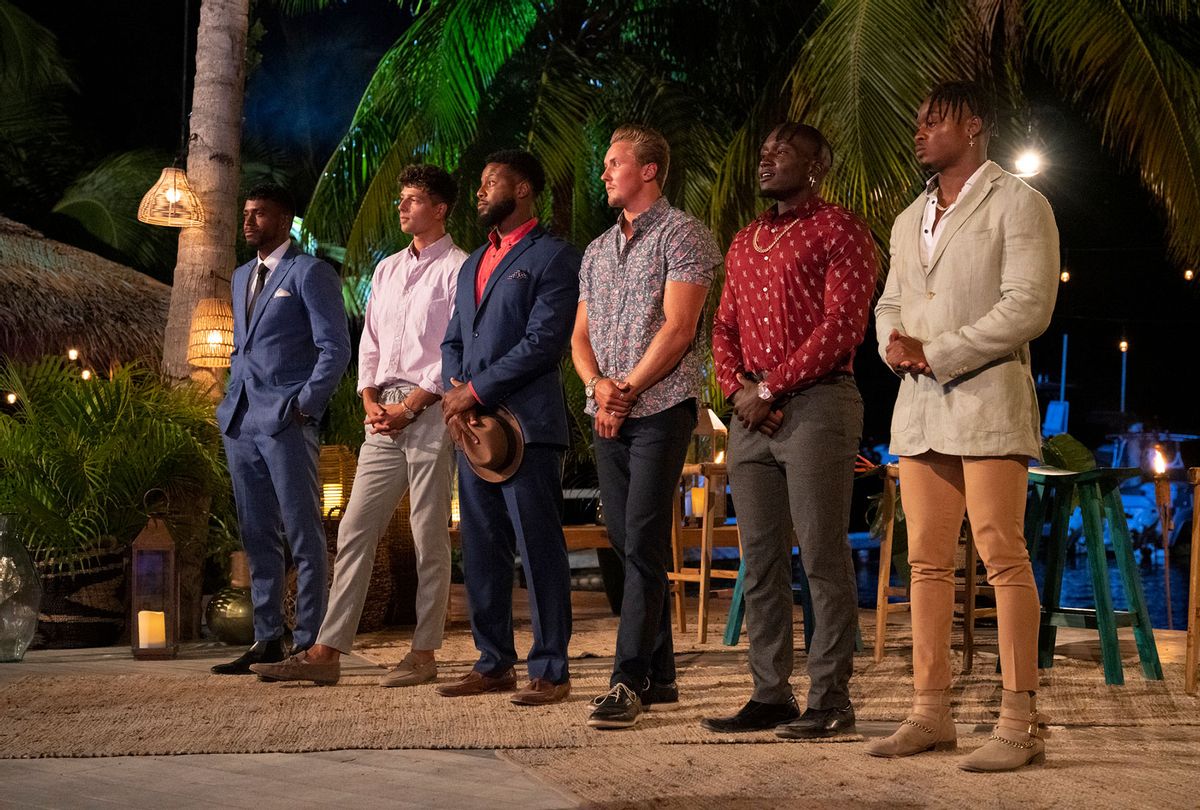 The following contains spoilers from the finale of "FBoy Island," including who chose who and how got played.

On a show that's known for its twists, not even the most diehard "FBoy Island"-er would've seen that last, particularly spectacular twist coming when HBO Max's reality dating series ended its initial run with the final four episodes released Thursday.

In the finale, Nakia, CJ and Sarah officially wrap up their quest to discern nice guys from fboys among 24 initial suitors, by choosing between two men for a relationship and possibly a cash prize. Host Nikki Glaser lays out the stakes: If they choose an avowed nice guy, the couple contiues the relationship and split $100,000. This is what happens when CJ chooses nice guy Jarred over her longtime frontrunner, Casey (who identifies as an fboy). It's the smart route financially, although one could debate about whether it is emotionally.

If an fboy contestant is chosen, however, they hold all the power. They can either decide to be reformed and go the nice guy route – coupledom and split the money – or keep the winnings entirely for themselves and end their relationship. We see this play out both ways. Nakia unsurprisingly chooses fboy Jared, who confirms their real connection by reciprocating and splitting $100,000 with her. And also unsurprisingly, Sarah chooses Garrett, the self-proclaimed king of "FBoy Island" she's had her eye on the whole season. Garrett reveals that yes, he will dump Sarah and take the money, as has been foretold by any audience member who ever streamed an episode of this show.

But wait! There's one more twist.

Glaser announces that instead of the $100,000 depositing into Garrett's bank account . . . it will go to the charity of Sarah's choice. Take that, fboy! Oddly enough, Garrett doesn't seemed fazed by this turn of events and cackles that he still won the show.

"We really spent a lot of time crafting our ending, because we wanted it to have a big twist at the end, and I feel very happy with what we did," series creator Elan Gale told Salon. "We're going to have to come up with something even better for Seasons 2, 3, 70. We're going to have to figure it out as we go."

Keeping up the "element of surprise"

Although HBO Max hasn't officially announced whether or not the show has been renewed, it's a no-brainer at this point. In its first weekend, the tropical dating show became HBO Max's most-watched reality show debut, and unsurprisingly, it's already casting for its next season. But in a show full of built-in shocks and twists for both contestants and leads, how can "FBoy Island" possibly keep the surprises going, and ensure future casts remain just as unprepared and on their toes as the cast of the first season?

And of course, satisfying as it may have been to watch Garrett get played, one has to wonder how the show will keep up its surprises or incentivize future fboys, who would clearly choose the relationship in the end to be assured of some sort of financial gain (and then dump the woman after cashing in). We can't imagine they'd choose their hard-earned-through-deception cash prize to go — god forbid — to charity.

Thankfully, Gale has some tricks up his sleeve, and he told Salon that the "element of surprise" and "giving people a chance to react as opposed to prepare" are crucial to the show, and will continue to be. He pointed to how the first season was set up to keep all the contestants guessing.

"You really try not to overthink it when you're a contestant, and live in the moment, react to what's in front of you," he explained. "Even the women knew what they were doing and what their goals were, but they didn't know about all the twists."

While finale twists of future seasons are TBD, the driving drama and intrigue of the show will continue to be a guessing game of their motives and identification. One of the first big twists during this first season was having the remaining suitors reveal their nice guy/fboy status . . . and contend with the fallout, if any.

"We wanted them to try to have some time before the big midseason reveal to build relationships. If you meet someone and they go, 'Hi, I'm an fboy,' they've got no chance," Gale said. "So we wanted to give them a chance to get to know someone, because maybe there is a nice guy somewhere in there."

One glance at the cast of "FBoy Island" immediately distinguishes it from present and even recent iterations of notoriously white-washed shows like "The Bachelor," with its relative heteronormative cisgender diversity. As the show continues, Gale is prepared to build on this further, and create even more fun for the casts going forward.

"We'll have to look back on this season and really investigate, see what worked and what didn't, and how can we better streamline this, how do we get the participants to have more dynamic and interesting experiences," Gale said. "Because at the end of the day, if the cast has that dynamic experience, the audience will too."

He's also open to getting more experimental with who's cast and the format of the series. "I hope there's every iteration of this show, from 'FBoy Island,' to 'FGirl Island' to 'FPerson Hotel'!" Gale said.

"This show has been a dream to make — I still can't believe anyone let us make it, a show named 'FBoy Island' still blows my mind," he continued. "I'm just so grateful."

In the meantime, we're just going to wait for word of a reunion for a "Where are they now?" fix.