How much do you really need to bathe?

Celebrities and regular folks are washing themselves less. Is that a good thing? 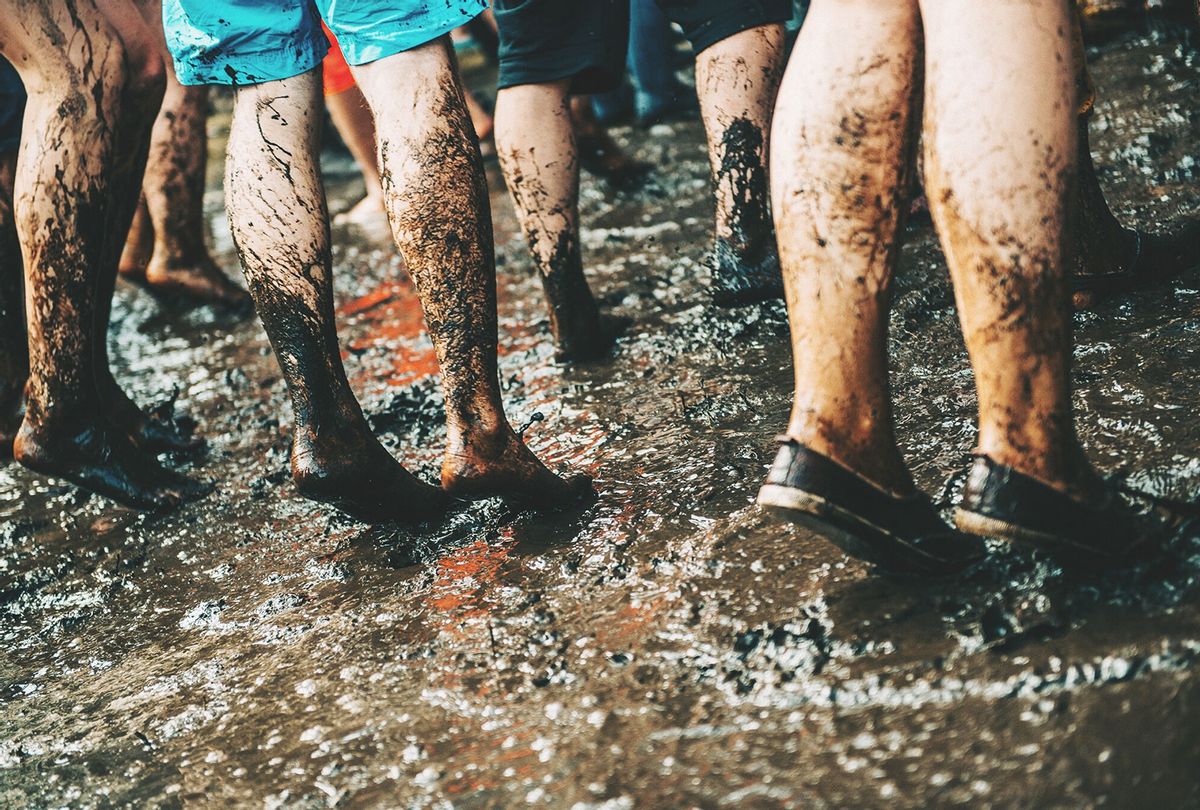 It was around dinnertime when I started to feel… gross. Earlier that day, I'd gone for a pre-dawn walk with a friend, immediately plunged into the daily cascade of work and family obligations, and the next thing I knew, I was boiling pasta and smelling funky. Then I realized — not for this first time this apocalyptic timeline we're living in — that I'd completely forgotten to shower that morning. Maybe you can relate.

Despite our pandemic-induced mass affinity for hand-washing, it seems many of us have become considerably more laissez-faire about the rest of the body. In the earliest days of COVID, an Advanced Dermatology survey found that one in three respondents said they were showering less. More recently, a February YouGov poll out of the UK revealed that 17% of respondents were showering less often. Celebrities like Ashton Kutcher, Mila Kunis, Dax Shepard and Brad Pitt have all publicly copped to their relaxed bathing routines. And Jake Gylenhaal recently admitted in Vanity Fair that "More and more I find bathing to be less necessary, at times," because "There's a whole world of not bathing that is also really helpful for skin maintenance, and we naturally clean ourselves." I don't know, do we?

I'm a runner and it is summer, so you'll thank me that skipping showers is not my current go-to protocol. But on more indoorsy, less sweaty days, what are the rules? I feel like stink is probably a lot like thirst: if you're noticing it, it's probably too late. Or do I just think that because my Western, 21st century ideas of cleanliness have been warped by Big Soap?

Even animals bathe, to clean and protect their feathers and fur. Humans have been doing it forever — some of our oldest surviving structures are baths. A few years ago, I wiled away an evening with friends in a thermal bath in Segesta, in the same waters where ancient demigods reputedly used to frolic. We bathe to socialize, to purify, and first and foremost, to wash off our dirt and grime. As historian Virginia Smith observes in her introduction to her "Clean: A History of Personal Hygiene and Purity," we are wired for both disgust and "delight." Those responses protect us from eating rotten food, and they prime us for grooming. It follows, she notes, why "self-neglect is often a sign of depression." Clean is healthy.

In "Body. Gaze. Power: A Cultural History of the Bath," Florence Hudowicz notes that while our ancient ancestors appreciated a good scrub session, early Christians had a far more uptight view of whole nakedness and presumed ensuing "loose morals" thing. And while bathing didn't go away entirely in the Middle Ages, it was less enthusiastically practiced, and the poor had little to no access to regular cleansing. There is not a medieval hygiene YouTube video I have not watched, and they are why you could not pay me to get in a time machine. Everybody must have been so itchy.

The advent of modern germ theory was both a massive leap forward for medicine and a boon for capitalism. Yes, soap has been with us for eons. But in the 20th century, regular bathing became not only the norm, but home to an entire consumer industry built around it. When I spoke to "The Joy of Sweat" author Sarah Everts earlier this summer, she described the history of our "war on sweat," and how a fear of stink became one of the greatest selling tools of all time.

I absolutely cop to being among the brainwashed sheep who needs her soap to really lather and really smell like something. A 2016 study from Air Quality, Atmosphere & Health reported that "Fragranced consumer products, such as cleaning supplies, air fresheners, and personal care products, are a primary source of indoor air pollutants and personal exposure," and yet 88.8% of Americans are exposed scented personal care products every week. Maybe the easiest way to not smell something bad is to smell something else. Or maybe, like me, a lot people just don't entirely trust cleansers that don't smell like fields of lavender and foam up like a fire extinguisher.

It's excessive, I know, and pretty bourgeois, which is no doubt why rejecting the perfurmed excesses of conventional hygiene has long been a countercultural move. You can't have hippies without having dirty hippies. Not bathing can be a form of protest, of anti-consumerism and anti-conformity. I distinctly recall Michael Stipe bragging on MTV, long before Jake Gylenhaal made it trendy, that he did not bathe. Conan O'Brian has said that when the lead singer of REM would appear on his show, "It was as if he had just been heli-vaced out of being lost in the woods for nine weeks."

Stipe has a point; too much bathing is indeed not good for you. "The sebum we produce has antibacterial properties to it — it's not just to lubricate your skin — that will kill off harmful bacteria on our skin," dermatologist Shyamalar Gunatheesan told Australia's "Every Day" recently. "Our natural oils also break down dirt, so we can break down particles of grime." And as James Hamblin, the author of "Clean: The New Science of Skin" rather chillingly explained last year for The Atlantic, "We've been oblivious to the importance of the trillions of microbes that live on our skin, the largest organ in the immune system…. Even water alone, especially hot water, slowly strips away the oils in the outer layers of skin that help preserve moisture —and the drier and more porous someone's skin, the more susceptible it is to irritants and allergens."

What if you're not a movie star or Rock and Roll Hall of Famer, though? Other people's tolerance for your more casual ablutions might not go over so well. Yale School of Medicine associate clinical professor of dermatology Mona Gohara told the Washington Post in June that she  "recommends people wash their bodies once a day, or twice at the most," but that people with skin conditions might want to do it less.

When figuring out how much bathing is necessary, individual body chemistry and daily habits are a big factor. I once had a roommate with an indifferent relationship to our shower, but I don't ever recall catching a single unpleasant whiff off her. She seemed to have an innate good sense around her hygiene regulation. If only every intermittent bather had those instincts.

The consensus seems to lean toward keeping a careful eye and nose on what Louisiana State University clinical assistant professor calls the "pits, privates and piggies" — underarms, groin area and feet. They're going to stink first and worst; stay on them. It's also wise to consider how you bathe; a long, hot, lazy soak might do more to draw moisture from your skin than get you clean.

In general though, it's all a more personal call than our traditional once-a-day absolutism has led us to believe. If I ever get within six feet of another person, I imagine I'll find out that plenty of people have been skipping everyday showers and remaining relatively fresh. Yet I still prefer the ritual of daily bathing. I like the vaguely indulgent block of time of warmth and pleasant aromas and absolutely nobody bothering me. I think of every new day as a clean slate, and I like to treat my body the same. Until, of course, I forget again.