"He's a dictator. It's a shame because we're paying the price" 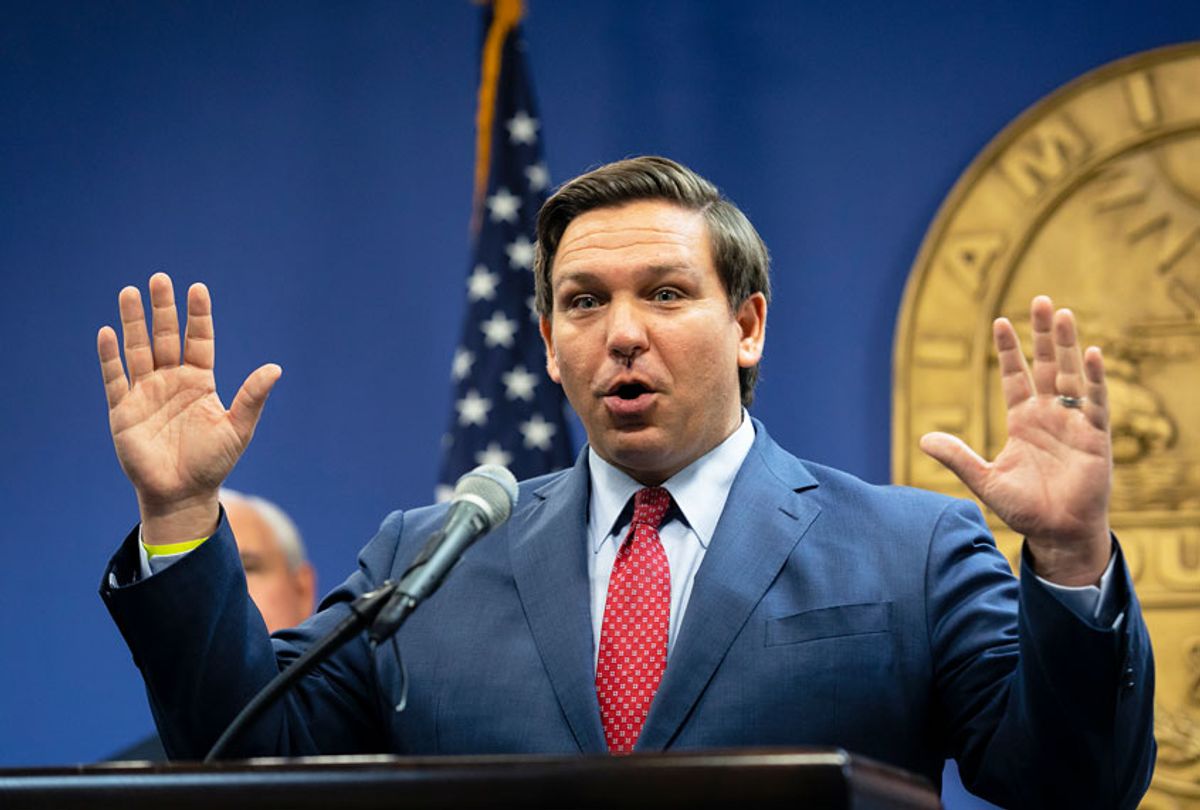 Local officials across the state -- including some Republicans -- expressed frustration with the governor's moves to prevent them from taking action against the coronavirus pandemic, and Hialeah's mayor condemned DeSantis for blocking him from imposing a mask mandate in his heavily Republican community, reported the Washington Post.

"He's a dictator," said Mayor Carlos Hernandez, a Republican. "It's a shame because we're paying the price."

A spokeswoman for the governor called the mayor's comments "ridiculous," adding that DeSantis had a right to use "executive power" if "local officials overstep and infringe on individual rights."

"Since when do dictators prioritize individual rights over the unchecked expansion of government power?" said DeSantis press secretary Christina Pushaw, who pointed to reports that Washington, D.C., mayor Muriel Bowser had not abided by her own mask mandate. "That is truly dictatorial behavior. Rules for thee, but not for me."

Florida legislators had been taking away authority from local government well before DeSantis took office in 2019, with many bills originating with the conservative American Legislative Exchange Council (ALEC), and that loss of control has infuriated some mayors.

"Florida is a big state, and each corner of the state has its own challenges, so it's hard for a one-size-fits all approach," said Fort Lauderdale's Democratic mayor Dean Trantalis.

Local officials say their frustration is compounded by DeSantis' refusal to speak with them.

"I have never spoken to Ron DeSantis," said St. Petersburg's Democratic mayor Rick Kriseman. "He's never called me, and the times I have tried to reach out to him and talk to him, whether by phone or when I was in Tallahassee, I have never been granted permission or an opportunity for an audience with him."