From “Gossip Girl” to “A Teacher,” TV is ending the romanticized "hot for teacher" student fantasy

Finally! Storylines are getting with the times & recognizing the predatory nature of student-teacher "romances" 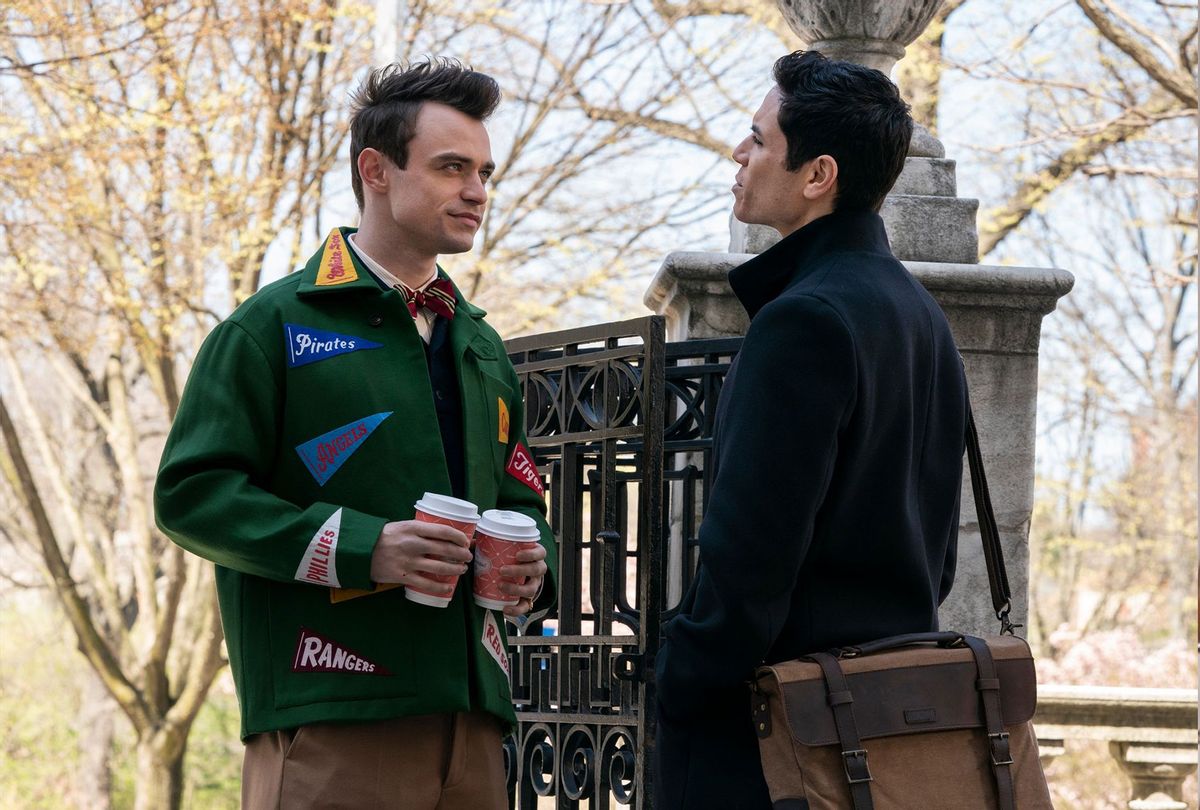 The mythologized, student-teacher romance has long been a fixture in TV, movies and storytelling about young adults and angsty high school teens, in particular. We're often presented with tales of forbidden love, of trusted adult figures who are somehow the only ones who can relate to particularly mature teens. Recall that in the 2010s, audiences were supposed to root for the happy ending wedding of Ezra and Aria in Freeform's (then-ABC Family's) "Pretty Little Liars," when the former had started the series as the latter's English teacher, and at varying points, stalked her and her friends.

Things have thankfully changed quite a bit since then. Case in point: the midseason finale of the rebooted "Gossip Girl," the HBO Max dramedy featuring a new cast of privileged, exorbitantly wealthy students of the fictional Constance and St. Jude's private schools. The teens, including Thomas Doherty's notably bisexual Max Wolfe, are navigating all kinds of problems related to status, power, social media and, of course, relationships, and the most recent relationship-related conflict involves Max's short, dangerous affair with a teacher, Rafa (Jason Gotay).

What seems to begin as a typical, romanticized affair between a good-hearted teacher concerned about the wellbeing of his student quickly takes a turn in the most recent episodes. Max learns Rafa has had relationships with underage high school students every school year, and that Rafa's stories of family trauma are lies he tells to lure students in. When Max wants out, Rafa stalks him, spreads rumors about him, even contacts and tries to initiate an affair with Max's gay father.

In other words, this "Gossip Girl" reboot has learned from the sins of its previous incarnation, in which relationships shared between then-it girl Serena (Blake Lively) and a boarding school teacher, and between Dan (Penn Badgley) and a young, beautiful English teacher, were either romanticized or wrongheadedly spun as sympathetic. Today, the rebooted "Gossip Girl" has gotten with the times, and recognizes relationships like this are inherently dangerous, predatory and abusive, exploiting the power dynamics between trusted adults and vulnerable youth, and potentially setting up young people for lifetimes of trauma, self-blaming, and struggles to have healthy relationships.

The timing of the reboot's realistic spin on student-teacher relationships is notable, too. The Max-Rafa arc follows the portrayal of grooming and abuse in Freeform's critically acclaimed "Cruel Summer," which sees the charming new vice principal, Martin (Blake Lee), manipulate a local teen, Kate (Olivia Holt), into abandoning her old life to live with and have a romantic relationship in secrecy, eventually locking her in his basement for months when she wants to leave. The show masterfully presents the trauma that comes from being abused and deceived by a trusted adult as a child, and the insidious, comforting allure of a predator who acts as if they're the only one who can understand a troubled young person's pain.

The latest "Gossip Girl" arc also comes about one year after the controversial FX drama "A Teacher," a miniseries that explores the relationship between a 32-year-old English teacher, Claire, and her 17-year-old student, Eric. The relationship appears romantic at first, until its twisted falling out when Claire is exposed to the police, the two are forced to part, and we're presented a glimpse into how their relationship has affected Eric's ability to have healthy relationships with anyone, including women his own age, even years later — all while Claire continues to deny wrongdoing.

"A Teacher" serves as a portrait of the selfishness of adult abusers and long-term harms of predatory student-teacher relationships on the victim. Still, the show has received mixed reception, some positive from those who see Claire as its rightful villain, and negative from those who are understandably critical of its sexual imagery and romantic presentation of the relationship, early on.

Stories like this have the potential to shed light on a frequent, traumatic experience and help victims of grooming feel seen, when done right. But until very recently, few onscreen portrayals of student-teacher relationships, or romantic relationships between adults and underage people, in general, have been clear about the inherent abusiveness of these situations. Not only can this be dangerous for impressionable youth who watch these young adult shows and are led to believe relationships with teachers or trusted adults are acceptable and even romantic, but they can also be triggering for those who have experienced grooming firsthand, and know how scarring these relationships are, off-screen.

The Max-Rafa relationship on "Gossip Girl" notably adds a new dimension to onscreen portrayals of student-teacher affairs as a same-sex affair, where portrayals of these inappropriate relationships have more often involved male teachers and female students. This makes sense — teenage girls are hypersexualized in our culture, with girls, and especially girls of color, as young as 12 being subject to cat-calling and sexual objectification. Girls are also often forced to become more mature than their young, male counterparts earlier on in their lives, thanks to our "boys will be boys" culture, which can make them more vulnerable to seemingly "mature" adult male predators.

But it's also worth noting through the unique lens of Max and Rafa's predatory affair that it's not just teen girls who are dangerously hypersexualized — queer youth like Max are often hypersexualized, too, and through this hypersexualization, they're more likely to be victim-blamed. When Max confronts Rafa after ending the affair, Rafa accuses Max of being the one who started it by coming onto Rafa with his supposedly aggressive sexuality.

In a world of adult creeps who have each state's age of consent committed to memory, problematic and dangerous grooming relationships remain a prevalent problem in real life, even as onscreen representation becomes more self-aware and thoughtful. But that doesn't mean representation, and revisiting what media portrays as acceptable, isn't important.

Fortunate for today's "Gossip Girl" fans, the show is clear where it stands on the insidious danger of the once-romanticized student-teacher relationship. But this level of moral clarity on the harms of grooming didn't happen overnight, requiring years of cultural reckoning and pushback. Shows like "Gossip Girl" and "Cruel Summer" mark significant, hard-won progress in storytelling about youth, power dynamics and abuse, and offer some hope for more thoughtful, victim-centric young adult shows to come.