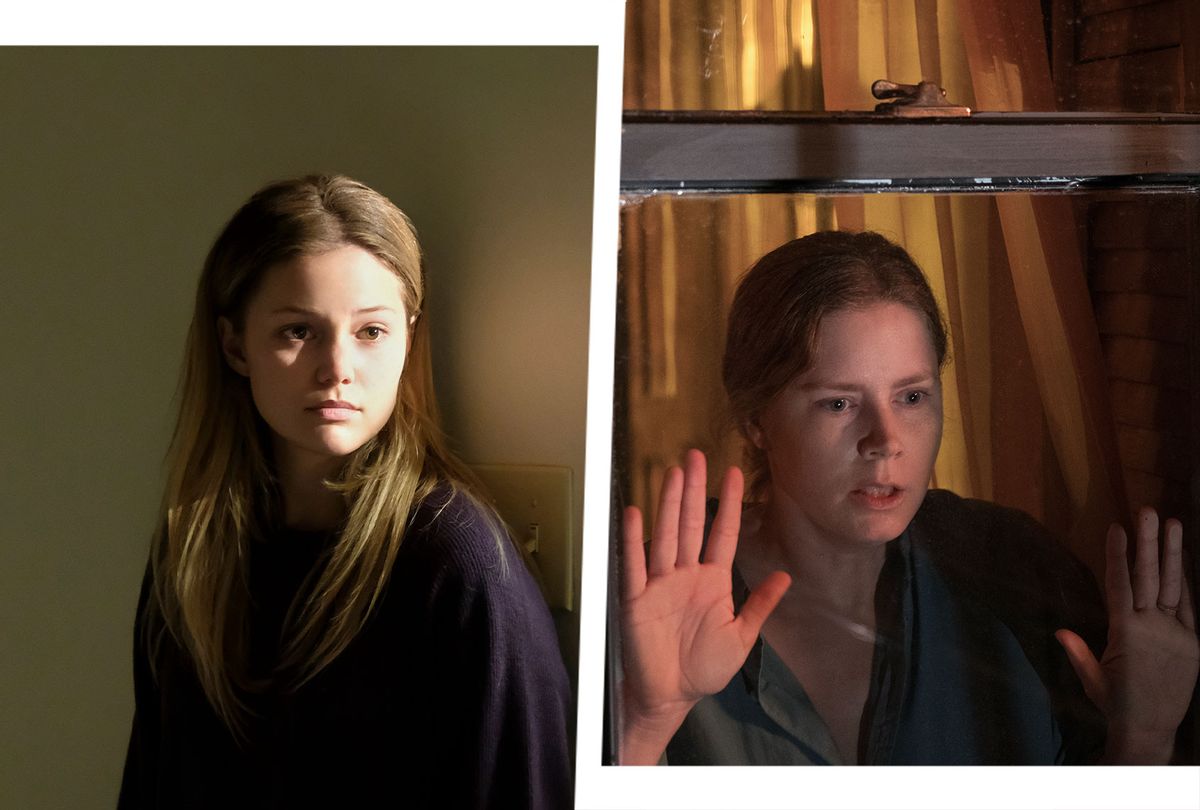 In 2017, Jordan Peele's "Get Out" paved the way for a new and especially terrifying genre of horror — one made bone-chilling by its realism rather than paranormal activity and gore. And in their own way, Netflix's new mystery thriller, "The Woman in the Window" (based on the 2018 book of the same title) and Freeform's YA mystery series, "Cruel Summer," follow this model.

What makes these thrillers so intriguing and unsettling is their ability to hold up a mirror to how credibility is assigned in society, along lines of gender, mental health, and age. Of course, while the female protagonists in the aforementioned projects are white, it can't be understated the extent to which race impacts credibility, too. Both "The Woman in the Window" and "Cruel Summer" are particularly interesting because they center female protagonists who are unreliable and sympathetic narrators in their own ways.

In "The Woman in the Window," Amy Adams plays Dr. Anna Fox, the "titular woman in the window" herself, and a child psychiatrist who — spoiler alert — lost her husband and daughter in a tragic car accident years before the movie.

The trauma of her loss leads Fox to develop severe anxiety and other mental illnesses, which make her imagine her family is alive, and have earned her a reputation among police and neighbors as crazy and unreliable. When she believes she witnesses a murder in the window of her new neighbors across the street (shades of "Rear Window") and reports the murder, Fox is predictably disbelieved.

The rest of the movie devolves into a series of twists and turns that bring us to the ultimate revelation that all of this was a setup by her devious teenage boy neighbor, a self-proclaimed budding serial killer who knew Fox would be dismissed and laughed off because of her mental illness.

Meanwhile, in "Cruel Summer," Disney alum Olivia Holt plays Kate Wallis, the prototypical, beautiful, popular teen who appeared to "have it all," before being kidnapped and held captive for a year by the school's new assistant principal. Classmate Jeanette Turner (Chiara Aurelia) is the prototypical, geeky, socially awkward teen, who dramatically changes her image and appears to steal Kate's boyfriend, friends, and life after Kate's disappearance. The Freeform mystery thriller is set in the 1990s, and unfolds through a series of time jumps from before Kate's disappearance, to after her return when she accuses Turner of seeing her in captivity and not telling anyone, eventually leading Turner to sue Kate for defamation.

The show has largely revolved around who, between Kate and Jeanette, is telling the truth, all while both are caught in a wide range of shocking and dangerous lies — from Jeanette's twisted addiction to breaking into the house of the assistant principal who kidnapped Kate before and potentially during Kate's captivity, to Kate's lies about her relationship with the principal, who had been grooming her prior to kidnapping her. Both Kate and Jeanette are sympathetic protagonists, as teenage girls struggling to find their identities amid an onslaught of social pressures in their small Texas town, and they're also uniquely unreliable narrators. Jeanette has a long record of twisted thrill-seeking, while trauma has shuffled and upended many of Kate's memories about her own experience in captivity.

Both thrillers are all too resonant for the many women and survivors of trauma, like Anna Fox in "The Woman in the Window" and Kate Wallis in "Cruel Summer," who are often disbelieved or discredited about their lived experiences with trauma and violence, or even just day-to-day misogyny. And mirroring Greek mythology's clairvoyant Trojan preistess Cassandra, who saw the fall of Troy but was disbelieved, both thrillers revolve around whether female characters can be trusted with what they saw with their own eyes.

The consequences of denying women and other marginalized people credibility on our own experiences can be as seemingly everyday as believing teenage boys about their "crazy" ex-girlfriends. But they can also be life-threatening, when it comes to believing women and victims about the threats and violence they face, or about chronic illness or pregnancy and birth-related complications in the medical system.

A 2019 study found women on average are diagnosed years later than men for a wide range of diseases, some of which are life-threatening. Pregnancy and birth-related mortality rates have steadily increased in recent years in the U.S., and Black women are 243% more likely to die than their white counterparts as a result of medical racism. Many health care providers often disbelieve Black pregnant women about their pain or symptoms — an experience superstar tennis player Serena Williams has said almost killed her.

"Cruel Summer" and "The Woman in the Window" also crucially explore how trauma impacts the formation of our memories. In "Cruel Summer," Kate Wallis struggles to remember a person she says she met on the last day of her captivity, while in "The Woman in the Window," Anna Fox represses her family's death throughout most of the movie. These plot points may be devastatingly familiar to survivors, who may repress the violence or abuse they've faced for years, or try to rewrite some of their memories to convince themselves they weren't abused. It's common for sexual assault survivors to not even realize they were victimized until years later — this is one reason that the estimated one in five women who are survivors may delay or not report their experience at all.

In 2018, Dr. Christine Blasey Ford, a professor of psychology at Stanford University, testified before the U.S. Senate about her allegation that then-Supreme Court Justice nominee Brett Kavanaugh had sexually assaulted her when they were teenagers. Ford was ripped apart by conservative media and politicians, and cruelly mocked by former President Trump, for not being able to recount every detail of a traumatic event from decades ago. However, for many, Dr. Ford's testimony and slight gaps in her memory spoke to the reality of how trauma shapes our memories, but doesn't make us less worthy of being believed.

In their own ways, "Cruel Summer" and "The Woman in the Window" might be the most compelling mystery thrillers of the year, and both achieve this by portraying the real-life, achingly relatable dilemma of women and girls being denied credibility. After all, when it comes to the likes of horror and thriller flicks, nothing is more disturbing and unsettling than the truth itself.

"The Woman in the Window" is currently streaming on Netflix, and Freeform's "Cruel Summer" airs new episodes Tuesdays on Freeform and next day on Hulu.