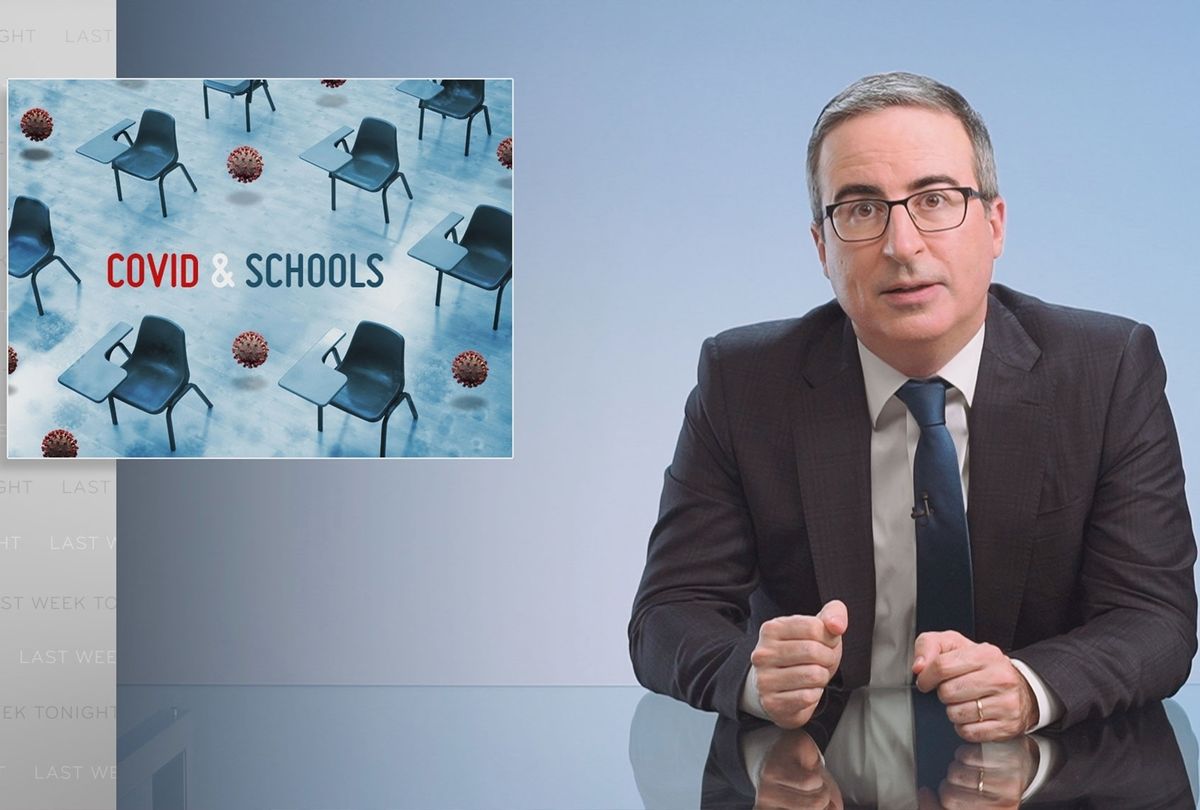 In case you missed it, not everyone is exactly thrilled about the newly selected hosts of "Jeopardy!," as Mike Richards, current executive producer of the show, remains embroiled in scandal involving allegations of workplace mistreatment during his time at "The Price is Right!," while his new co-host Mayim Bialik has drawn controversy for previous comments seeming to cast doubt on vaccines, and even the #MeToo movement. And another point against them, per the internet's tally? Neither of them are LeVar Burton.

Well, "Last Week Tonight" host John Oliver isn't exactly thrilled about any of this either.

In Sunday night's episode, as Oliver spoofs angry mobs protesting at local school board meetings over mask mandates ahead of the new school year, he also managed to throw in a dig at Richards. Playing a clip of a local man screaming "We know who you are!" at a school board member, Oliver notes, "It is genuinely hard to imagine a five-word phrase less welcome than 'We know who you are,' aside from obviously 'new Jeopardy host Mike Richards.'"

He's not exactly wrong — an impassioned Change.org petition against Richards' new role as host calls this "the entertainment equivalent of insider trading," and "in short . . . a crime."

As "Jeopardy!" prepares to begin airing its new season in September, Richards still faces questions about lawsuits filed against him while he hosted "The Price is Right," according to Variety. One of the women suing his former show alleges Richards retaliated against her for becoming pregnant, while the other says that she was "wrongfully terminated, constantly humiliated and berated in front of her peers by Richards and an additional producer."

Despite these allegations, the show stands by Richards, who sent a message to "Jeopardy!" employees last week attempting to defend himself. "I want you all to know that the way in which my comments and actions have been characterized in these complaints does not reflect the reality of who I am or how we worked together on 'The Price is Right,'" he wrote. "I know firsthand how special it is to be a parent. It is the most important thing in the world to me. I would not say anything to disrespect anyone's pregnancy and have always supported my colleagues on their parenting journeys."

"Jeopardy!" will return for its 38th season on Sept. 13, and "welcome" or not, Richards will be serving as host.