Mayim Bialik fills in as “Jeopardy!” host for now, while celebs weigh in on the kerfuffle 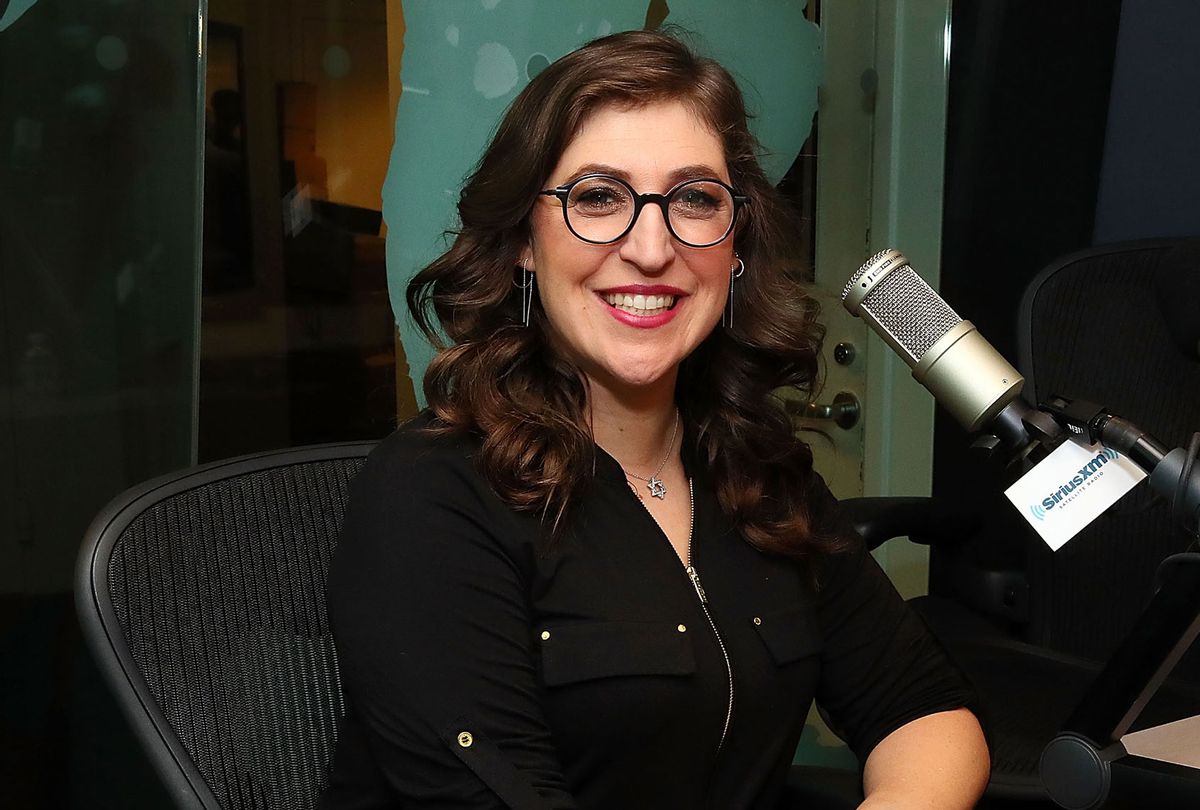 Starting Monday, Sony announced Bialik will host this week's tapings of "Jeopardy!," 15 episodes in all. Sony has officially resumed its search for a permanent replacement for Richards, but the show will be returning to the guest host rotation it had adapted over the past year as it carries out the search. Sony has yet to offer a formal list of candidates for the host position left open by Richards, although fans are as devoted as ever to the prospect of LeVar Burton as host, or at least "Jeopardy!" legend Ken Jennings.

While Bialik may not have been fans' first or even second or third choice to host (the giggling took up some airtime), at least she doesn't have the dubious honor of being the host that inspired investigative reporting and petitions drawn up to block their appointment. That honor goes to Richards, who had been selected as a co-host with Bialik earlier this month. He stepped down last week following a bombshell report about a 2013-2014 podcast he hosted, on which he regularly made sexist, racist and offensive comments. Even prior to the report on his old podcast, Richards was embroiled in scandal over his role in the "Jeopardy!" host selection process and hiring himself, as well as resurfaced lawsuits against Richards, alleging pregnancy discrimination and other mistreatment while he was at "The Price is Right."

Despite these controversies, Richards remains executive producer of the show, and involved in the hiring process for his replacement — a move that's already rubbed many the wrong way. On Sunday evening, "Last Week Tonight" host John Oliver excoriated Richards (again), calling him a "smirking golf bag demoted from hosting 'Jeopardy!' to merely running it," and he's not exactly wrong.

The impact of removing Richards as host over his offensive comments and beliefs about marginalized people is heavily watered down when he'll continue to play a role in choosing the next host. On Richards' old podcast, "The Randumb Show," he made comments slut-shaming his co-host for being a model, pressing her about whether she'd taken nude photos, calling women who wore one-piece bathing suits "fat," and anti-Semitic comments about Jewish people's noses, spoken in pig Latin.

Prior to the much-publicized guest host "auditions" to replace the late, great Alex Trebek, and more recently, the almost daily scandals attached to Richards, "Jeopardy!" was just your humble, family dinner table trivia show. Thanks to Richards, it's become such a convoluted public spectacle, we can expect a docuseries about everything that went down in the next year.

At this point, it remains anyone's guess who Sony will select to replace Trebek and, more recently, Richards. But there's one person in particular whom ordinary "Jeopardy!" fans and celebrity fans, alike, are still pulling for.

"Pretty consistently from 2013 to 2015, Deadpool would explode on Twitter with fans wanting me to play him. It was awkward, because I agreed with them. But the studio didn't see it," Ryan Reynolds wrote in a tweet last week. "Ultimately, the fans won, and the rest is glorious history. I'm forever grateful. Hi @levarburton."