Gives peas a chance? It's time for their turn in the "it vegetable" spotlight

Toss them with pasta and cream or blitz them in hearty soup. Peas' versatility makes them a winner 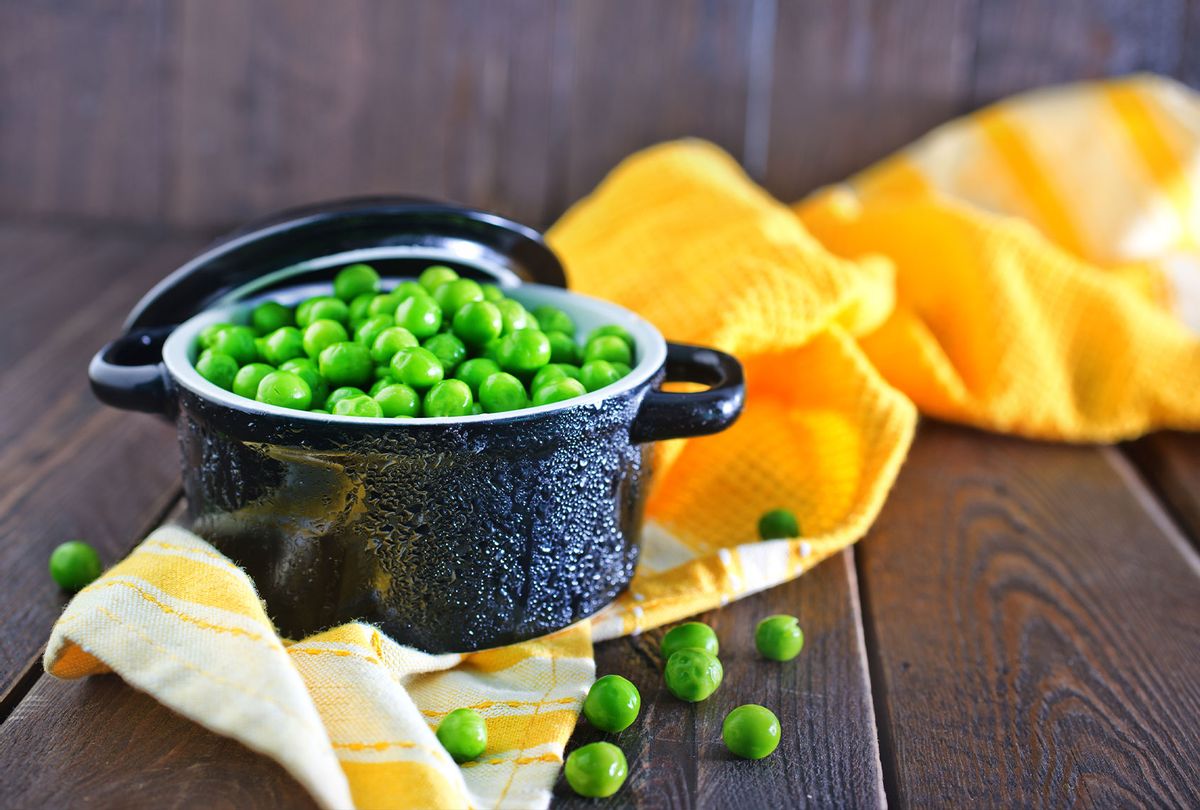 Maggie Meloy never cared for the flavor of peas—an aversion that began in childhood when they started turning up in her mom's tuna casserole. Sean Hennessy always disliked peas' squishy texture; it escalated to full-on loathing after years of his mom's insisting that he finish them all before leaving the dinner table. Dennis Shea recalled with disgust each time peas entered the rotation of the "meat, potato, vegetable" dinners his mother cooked nightly when he was growing up.

"What I would do was every time my mother looked away, I'd put handfuls of peas in my pocket," he said with a wicked grin.

What was so bad about them? "They were mushy, awful," Shea replied. When pressed for more details, he grew visibly irritated and said with finality, "Fuck peas."

Aside from the fact that these three people clearly loathe peas and their names indicate Irish descent, they also share an indelible connection to me: Shea is my dad, Hennessy my husband and Meloy my best friend. Did I also mention that I generally find peas delightful?

I love the way they punctuate chicken pot pies and crispy samosas with sweet, starchy bursts of bright green. I delight in the seasonal rarity of tender, fresh-shelled peas, served raw or barely cooked with watercress or mint and lots of lemon. I'll happily prepare them in all manner of ways from frozen, too. No ingredient better complements cured or smoked ham than peas—tossed with pasta and cream, mixed into a sturdy salad, blitzed into a hearty soup or swirled into risotto and showered with parmesan. Hell, I even like mushy peas, boiled to oblivion and mounded next to a pile of golden-fried cod and chips.

Fondness for something in the context of relentless, multi-front attacks can make it take on deeper intensity. (Just think of defending your favorite band to someone who hates it.) I believe similar logic applies if you dislike something and are forced to consume it—a theory I base on the knowledge that my husband was routinely prodded to eat all the vegetables he now hates most. But what if your affection for said controversial item leans a little more casual? This is where I sit as I uneasily mount my pea defense.

I'd argue that a fresh pea is a sheer joy to eat—plump and sweet with a tender bite, like spring incarnate. But my dad, husband and best friend all shared early memories of eating either canned or frozen peas that were subsequently cooked to death, which justifies their initial distaste. I can't in good conscience go to bat for canned peas, languishing in khaki-colored brine and mostly bereft of flavor and nutritional value. Nor can I wholeheartedly defend bagged frozen peas, which all too often come out in a single, freezer-burned block, their wrinkled skins betraying abuse during processing or transport. In that case, I'd argue that my compulsion to eat something green with every meal almost always wins, regardless of the state of said green thing.

And what complimentary things can you honestly say about mushy peas, when the name alone does them zero favors? My justification might look something like my "nostalgic" defense of Cream of Wheat, which my grandmother used to make (and which I unfortunately like best when it's lumpy). So, in effect, I like poorly executed baby food.

Plenty of vegetables that we and our forebears collectively loathed as children—brussels sprouts, broccoli, cabbage and kale—have since been vindicated in cooking magazines and on restaurant tables. Aside from the controversial pea guacamole that broke the internet in 2015—and not for good reasons—peas really haven't had their turn in the spotlight. Maybe it's because the fresh version is so scarce. But even then, would this convince any of my pea-hating nearest and dearest to give them a chance?

Meloy, whose dislike is arguably the least acute of the three (read: she'll tolerate an occasional pea getting through), explained it relative to one ingredient that used to live squarely in her hate column, but has since moved to "occasionally enjoy": olives.

"Olives opened a whole new world for me; they, like, opened up my life," she said. "But it doesn't feel like my life would be better if I started eating peas."

I can relate. If I'm on my own for dinner, the chances are much higher I'll buy an eggplant or a pint of mushrooms—two other vegetables my husband loathes that make my life infinitely more pleasurable—rather than a bag of peas.

In short, I like peas just fine. Enough to die on pea hill? Probably not.