Gefilte fish has its haters, but the delicious dish deserves a better reputation 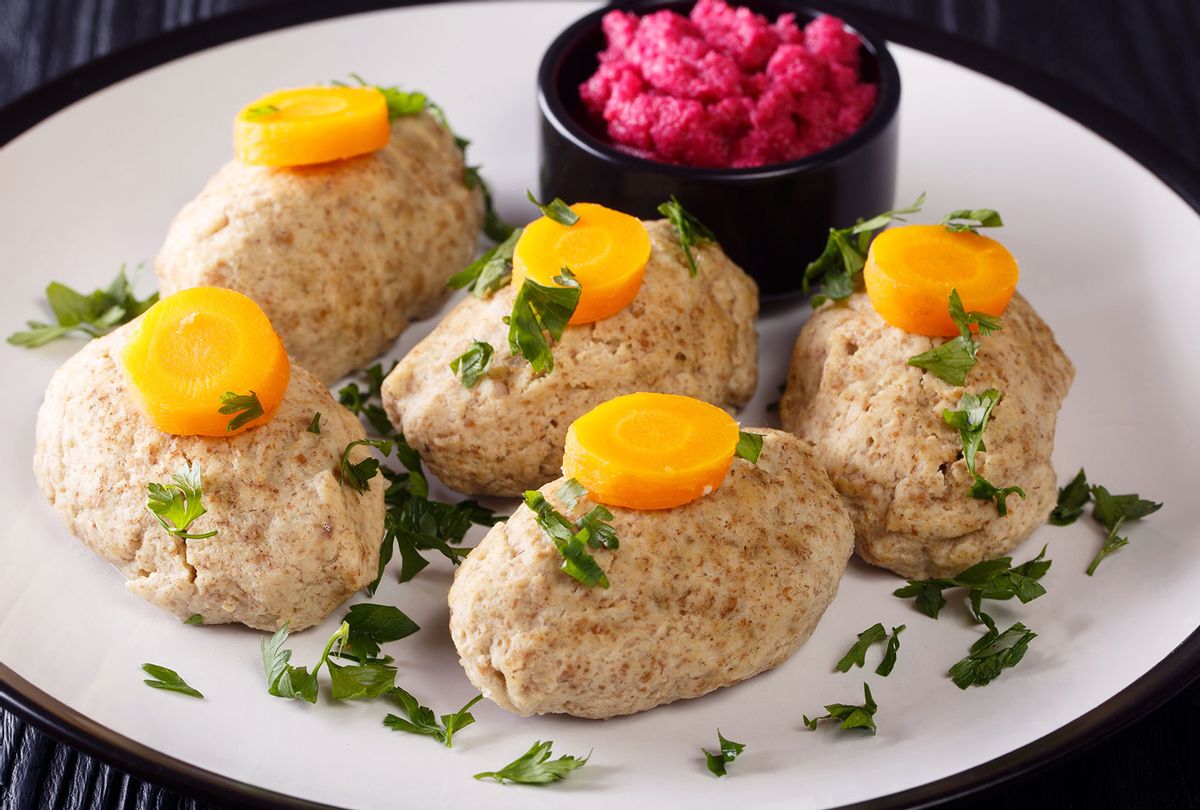 Writing in 1984, the powerful conservative commentator William F. Buckley, Jr. defended President Ronald Reagan after New York Gov. Mario Cuomo accused him of "pandering" to the Italian American vote by delivering a speech at a spaghetti dinner. After noting that Reagan would not be pandering if he actually enjoyed spaghetti, Buckley added that "it is simply good manners to pretend to enjoy what you are served, though an exception might here be made of gefilte fish, the consumption of which, reasonable epicureans might conclude, is not worth going through to gain admission to the White House."

Am I allowed to counter this by saying that I not only think gefilte fish isn't bad, but I actually believe it is so good it ought to be a common snack food?

Gefilte fish has long suffered from an undeserved reputation for grossness. In 2014 a Brooklyn fish store owner told The New York Times that it reminded him of cat food, with the article itself describing the meal as "a product many modern Jews love to hate." There are plenty of jokes and apocryphal funny stories about the spongy patties, which are usually gray or beige and served in a broth of flavored "gel." There are a number of fish that can go into gefilte fish including pike, carp, whitefish and mullet. Today gefilte fish is most commonly associated with Passover, where they are traditionally served with a side of raw or bottled horseradish.

I am not a particularly devout Jew, so I do not eat gefilte fish for religious reasons. My enjoyment stems from the fact that it is almost ideal for casual noshing. You can eat it Passover-style by dipping it in grated horseradish, create perfect fork bites with horseradish and sliced carrots, or slice it into strips and put it on crackers. If you are the kind of person who enjoys pickles or pickled eggs, gefilte fish can easily scratch the same gustatory itch. Unlike pickles or pickled eggs, however, gefilte fish can easily serve as a meal unto itself.

Gefilte fish is also a great comfort food. When you parse your lips and pucker your tongue after it enters your mouth, all other emotions get washed away. If you chase it with the hottest horseradish you can find, it clears your head (and your sinuses) up just magnificently. In addition, because it is so often consumed during Passover, gefilte fish can be so easily linked to warm memories of family interactions and friendships... even if you aren't invested in the religion itself.

Despite its indelible association with Jewish culture, gefilte (or "stuffed") fish actually has its origins in Catholic culinary needs. Medieval Germans who didn't want to eat meat during Lent would mash and poach their fish, add flavor with seeds and herbs, and then stuff them back into their fish skins before roasting them. Ashkenazi Jews (those from Germany and Eastern Europe) eventually caught wind of this dish and found that it suited their Shabbat and holiday meals, given that freshwater fish was plentiful in the area and Judaism associates fish with both fertility and the Messiah. Over time gefilte fish evolved from being stuffed into a skin to being ground up and reformed as patties.

That said, not all gefilte fish is made the same. For this article, I asked my parents to help me with a blind taste test of four gefilte fish brands — Mrs. Adler's Gefilte Fish, Yehuda Original Gefilte Fish, Manischewitz Sweet Gefilte Fish and Rokeach Gefilte Fish (Sweet). Manischewitz and Yehuda were without question the best of the bunch: They had a strong flavor, seamlessly blending the different types of fish; a nice smooth texture, neither excessively grainy nor too flaky; and gel that enhanced the overall experience rather than distracting from it by seeming slimy or slippery. Mrs. Adler's Gefilte Fish, though not as good, remained passable; Rokeach, by contrast, is to gefilte fish what packing peanuts are to real peanuts.

On all occasions, however, raw grated horseradish beat out the bottled stuff (my parents and I used Gold's Prepared Horseradish Fresh Grated).

If I have any concern about eating gefilte fish, it is the fact that fish companies themselves have proven to be unreliable. Because fish fraud is prevalent, it is now extraordinarily difficult to trust businesses when they assure us that the fish identified on their labels are the actual ones being sold. Manischewitz claims to have Cisco and carp in its gefilte fish, Yehuda supposedly has carp and silver carp while both Mrs. Adler's and Rokeach say they have carp and whitefish. (All but Yehuda are distributed by The Manischewitz Company in Newark.) I have no reason to believe that those aren't the fish that I ate, except for the fact that fish fraud is an industry-wide problem. Since the average consumer does not have access to DNA tests (and, for the purposes of this article, neither did I), it shouldn't fall on us to figure out whether we can trust a give company. If a label says that a certain type of gefilte fish has X and Y in it, we have a right as customers to only be served X and Y.

Assuming that the companies are trustworthy, however, there is no reason why you can't enjoy a plate of gefilte fish as casually as you might chow down on pita bread and hummus, or pickles and cheese.