"Jeopardy!" is bending over backwards to keep Mike Richards on board – but will it do any good?

From "sensitivity training" to a minder – time, money and effort are being spent to protect this man from himself 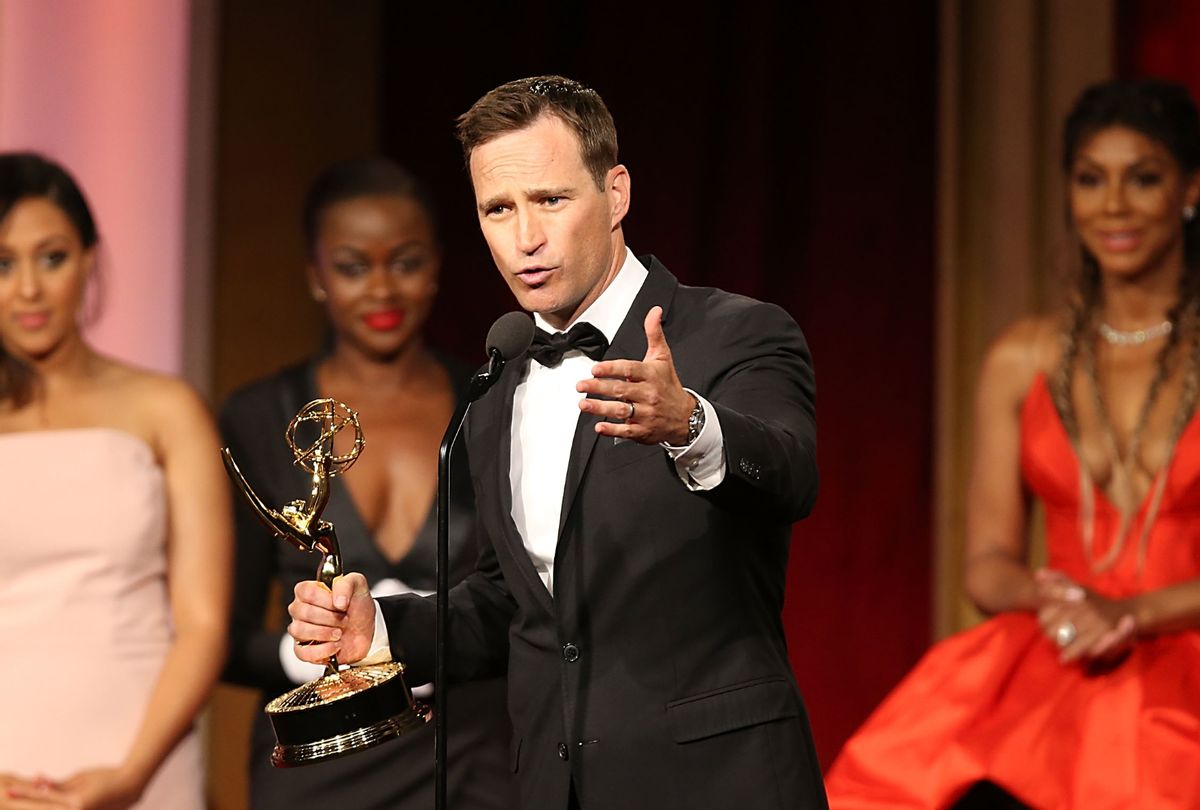 In what feels like a callback to last summer's wave of corporate white guilt and flashy, short-lived symbols of solidarity, ousted "Jeopardy!" host Mike Richards — who remains an executive producer on the show — is reportedly attending sensitivity training, according to the New York Times. The Times also reports Richards will have a "minder," a veteran business and legal affairs executive at the studio named Suzanne Prete who will essentially "oversee" Richards to curb inappropriate behaviors.

The baffling news follows Richards' stepping down from his brief tenure as a new co-host of the game show after numerous pieces of his controversial past were unearthed by reporters and diligent, sleuthing fans. After lawsuits alleging Richards had mistreated workers and discriminated against a pregnant employee resurfaced, The Ringer dedicated countless hours to exposing the former "Price is Right" producer for his history of sexist, racist and other offensive comments on a 2013-2014 podcast he hosted.

Shortly after Richards' "Randumb Show" comments came to light, he resigned as host — but to the confusion and chagrin of many "Jeopardy!" fans, he remains on as executive producer and will still play a significant role in choosing the next individual who will co-host with Mayim Bialik. Many have since been asking how a man deemed too inappropriate and possibly biased toward marginalized people to host a game show can somehow be an appropriate and unbiased hiring manager and producer for the show.

If "sensitivity training" and what amounts to corporate babysitting for Richards are supposed to assuage viewers' concerns, it's really only raising more questions. Like, why keeping the "Jeopardy!" and "Wheel of Fortune" producer on seems to be worth any cost to Sony, for one thing. Because it is costing the show plenty to keep him on payroll – not to mention costing the show its good name – and for all of these extras to bring him up to snuff as a minimally inoffensive employee.

Sensitivity training has been a fixture in corporate workplaces for years now, though it's really been having a moment since 2020 following a national uprising for racial justice and an onslaught of important exposés on racism and anti-Blackness in many if not most workplaces. But there are also doubts by researchers, advocates, and of course, those on the receiving end of discrimination, about the actual effectiveness of these trainings.

According to one study, nearly two-thirds of human resources specialists reported no positive effects from workplace diversity trainings. Another report found that diversity training as a requirement or punishment for misbehavior can actually instead lead to resentment toward marginalized people and employees or coworkers of color.

Rather than support or meaningfully improve workplace conditions for employees of color, sensitivity trainings often function instead as a public relations stunt for corporations like, say, Sony, that are under fire for their mistreatment of workers of color. But that's not to say that the answer is for employers to simply do nothing when faced with accusations of racism or maintaining toxic work environments.

There are plenty of tangible actions, policies and programs that can be implemented to improve marginalized people's experience in the workplace: closing race and gender pay gaps, improving flexibility and benefits, establishing mentorship programs for marginalized workers, supporting with child care needs, prioritizing diversity in hiring practices, or even just listening to workers on how their managers can heal a toxic workplace.

One such way to heal a toxic workplace might be to root out sources of toxicity, perhaps, for example, by not making a man accused of pregnancy discrimination and a history of racism and misogyny a decision-maker in who will soon become the face of a nationally beloved game show. But Sony appears committed to taking a different approach and spending the time and money to do so.

Per the same Times report, ​​Sony executive Ravi Ahuja spoke with "Jeopardy!" staffers on a phone call on Monday, asking staff to move forward now that Richards will no longer be host.

Richards was also on the call, and he reportedly apologized and asked for a chance to show the "Jeopardy!" staff "who he really is." His spokesperson told the Times that "Mike is committed to continuing as the executive producer of 'Jeopardy!' and 'Wheel of Fortune,'" and won't be negotiating an exit from Sony.

As Sony now resumes its seemingly endless search for the next "Jeopardy!" host who will share hosting duties with Bialik — who also isn't without her controversies — Bialik will take over hosting episodes as filming for the trivia show's 38th season remains underway.

So to recap: After Richards tarnished the "Jeopardy!" reputation and legacy, Sony is: a) letting him keep his incredibly high-paying job in a position of power, b) giving him "training" to be a decent human being, c) and giving him a buffer in the form of a "minder." In the meantime while he gets all of that coddling, the show is in triage as it seeks a new host who has the challenge and burden of recouping the show's glory.

What sort of hold does he have over the show anyway?! It sure looks like all of this effort is going into helping Richards – not the show itself and certainly not the employees who've had to work with him.

Suffice it to say, none of us, not even diehard "Jeopardy!" fans, ever wanted to have to pay this much attention to the show, or know this much about the not-so-secret life of an aggressively mediocre white man like Mike Richards. Before Richards became a household name synonymous with corrupt hiring and slut-shaming models, or, hey, at least a staple of daily Twitter rage discourse, few knew he existed. Instead, today, we're all stuck knowing he thinks women who don one-piece swimwear are "frumpy," and sympathizing with the poor souls who are now stuck teaching him that racist comments are bad.