Lauren Boebert admits to campaign finance problems: “I under-reported a lot of stuff” to the FEC 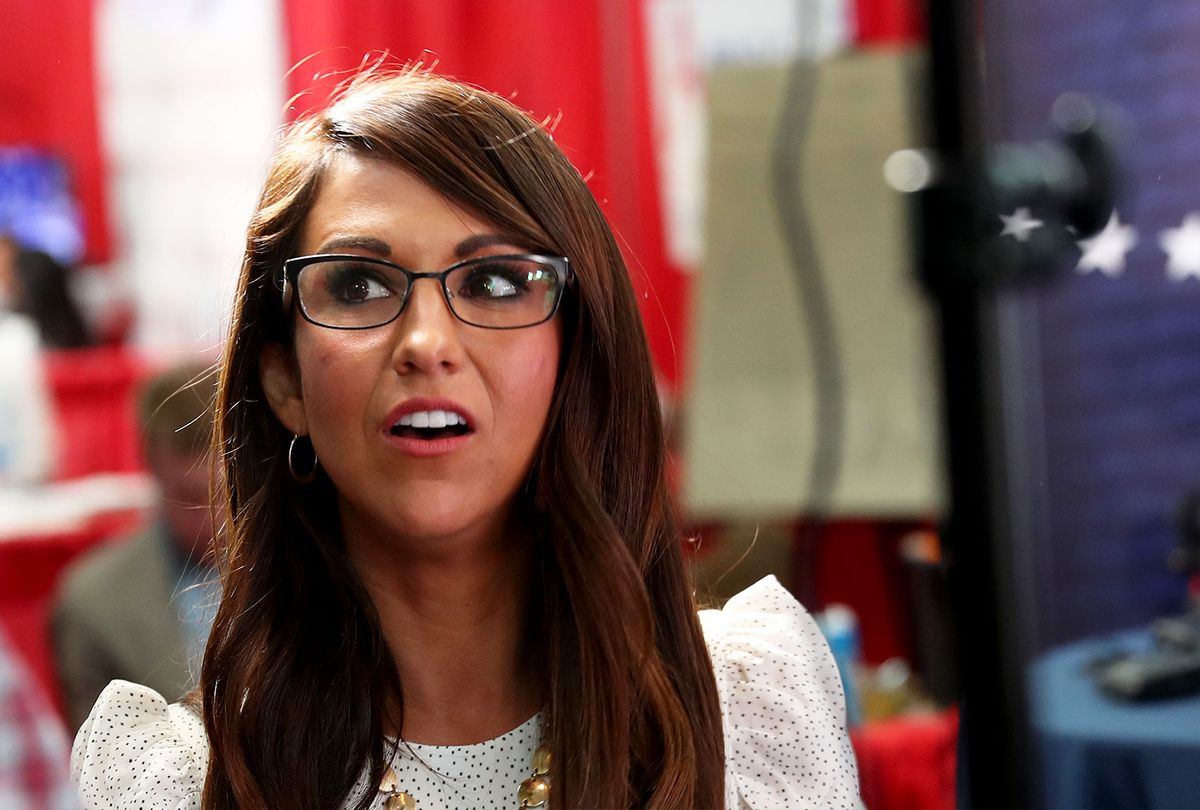 Rep. Lauren Boebert, R-Colo., knows a thing or two about not following rules that apply to her. In light of recent reports of Boebert's alleged or apparent violations of House ethics rules, an old interview from February reveals just how blatant her violations were and understood to be, all while acting with apparent impunity from the letter of the law.

According to the FEC, "When candidates use their personal funds for campaign purposes, they are making contributions to their campaigns. Unlike other contributions, these candidate contributions are not subject to any limits. They must, however, be reported." Such rules are meant to apply to all elected officials, independent of party affiliation, but appear to have been ignored in the case of Boebert, who has claimed she walks around Washington strapped with a Glock handgun, which would violate District of Columbia law. The far-right lawmaker brazenly declared in February that she "under-reports" her expenses, stating, "They want to come against me for legitimate expenses, go ahead. I am doing the work of the people. I had to make those connections. And really, I under-reported a lot of stuff."

FEC records reviewed by Salon suggest that Boebert's campaign spent $2.6 million in the 2020 cycle yet only made a total of 147 payments to a total of 32 recipients. Moreover, 40 of those payments made went to the ride-sharing platform Uber in December 2020, around the very same time Boebert attended a "Stop the Steal" rally in Washington. In the maze of FEC filings, seemingly obvious expenses the campaign incurred were not included in those disbursements.

Dating back to November of 2019, Boebert purchased two domain names she used as campaign sites, one of which, www.keepourguns.com, was for sale on a third-party site called Huge Domains, likely with a high price tag attached. Both that domain and the more straightforward www.laurenforcolorado.com were operational by the time Boebert declared her candidacy in Colorado's 3rd congressional district in December 2019.

It's a safe assumption that those domains were purchased, but no campaign payments relating to website purchases or website design were registered with the FEC.

The laurenforcolorado.com campaign website featured a custom campaign logo, professional photographs of Boebert and her family, and a professional studio photograph of her posing with a group of Bikers for Trump. The campaign didn't file any record with the FEC that Salon could find for that graphic design creation. Additionally, the campaign didn't pay for photography until almost a year later, in September 2020, when she purchased "advertising" from photographer Patrick Cavan Brown, whom Politico magazine had commissioned to shoot Boebert for a lengthy profile.

This past week, CNBC reported that Boebert's campaign has come under scrutiny for Venmo payments to the congresswoman herself for personal expenses. In a July 2020 letter to the FEC, Boebert's treasurer, Marjorie Ann Klein of SWS Polifi, wrote, "There was no intent to try to report contributions illegally as I just plain forgot to watch for large donations as I was preparing the report." Boebert further failed to file financial disclosure forms covering 2019 and 2020 as required by law, which allowed apparent or possible conflicts of interest to remain invisible, most notably her husband's ties to the energy industry.