Kirk "jokes" he'd fire any employee who asked about a vaccine mandate. That's a clear violation of labor law 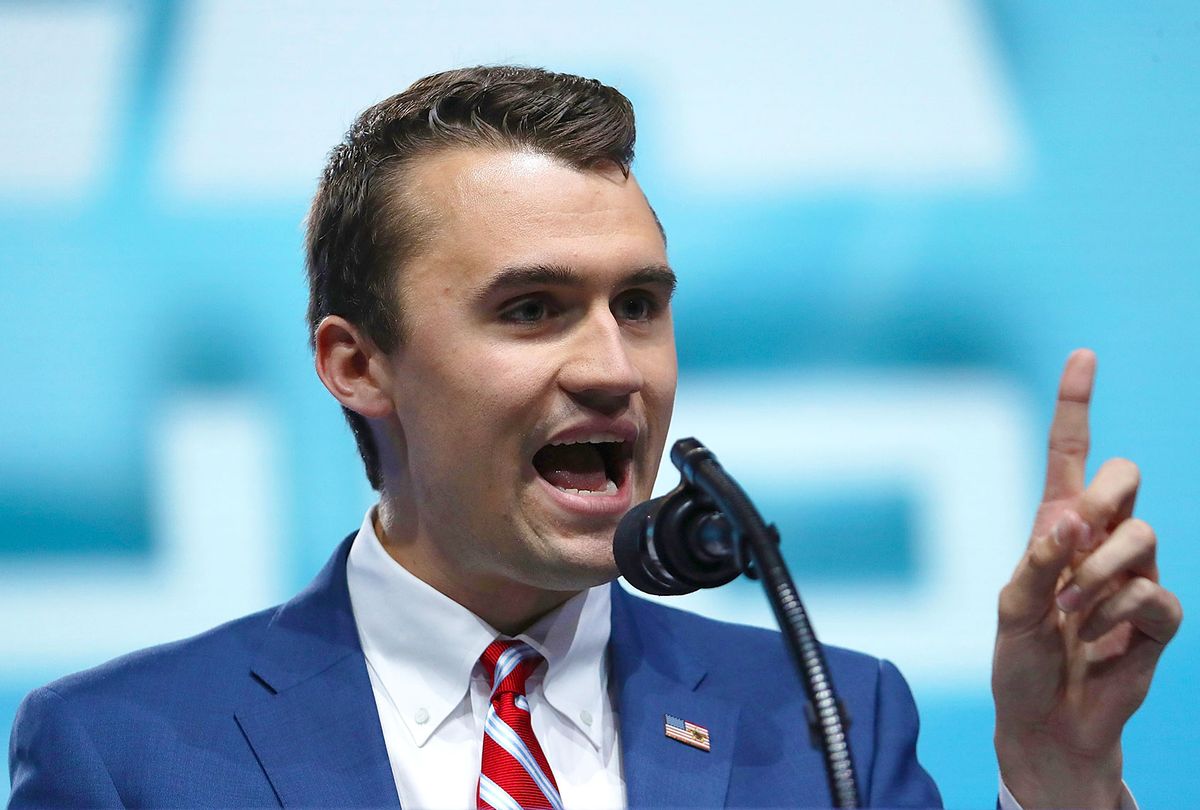 Over the weekend, youth right-wing organizer Charlie Kirk threatened to fire any employee of his organization, Turning Point USA, who asks about COVID-19 safety precautions in the workplace. According to labor law experts, that was clearly illegal.

After speaking with an expert in the field of United States labor law, one thing has become increasingly clear: Kirk's most recent attempt to be a right-wing provocateur might come back to present a series of legal challenges for the frequent Fox News guest.

At a gathering on Sunday evening at the Godspeak Calvary Chapel in Newbury Park, California, Kirk responded to a an audience question about COVID vaccinations by saying that if one of his employees were to ask about vaccine mandates, they would be fired.

"And somebody asked me the other day: 'So Charlie, are you going to require the vaccine at Turning Point USA?' He's like a reporter," he stated at the event, clearly not joking. "I said, look, you don't work for me, but if you did, you would be fired for asking such a ridiculous question!"

Marcy Goldstein-Gelb, co-executive director of the National Council for Occupational Safety and Health, told Salon that Kirk's threat to fire employees simply for asking about COVID safety issues was not only "illegal" but also "dangerous."

"It is not only dangerous, it is illegal to threaten firing or any other form of retaliation against a worker who asks about health and safety protections in their workplace. Employer retaliation is, unfortunately, a very serious problem," Goldstein-Gelb said. "It prevents workers and employers from working together to identify and correct safety problems."

The labor rights expert added that "threatening workers who ask questions about how to protect themselves and their families is demeaning, dangerous and dumb."

As Goldstein-Gelb pointed out, Kirk's remarks both broke the law and violated the Occupational Safety and Health Administration (OSHA) workplace violence policy, which outlines the following:

Workplace violence is any act or threat of physical violence, harassment, intimidation, or other threatening disruptive behavior that occurs at the work site. It ranges from threats and verbal abuse to physical assaults and even homicide. It can affect and involve employees, clients, customers and visitors. Acts of violence and other injuries is currently the third-leading cause of fatal occupational injuries in the United States. According to the Bureau of Labor Statistics Census of Fatal Occupational Injuries (CFOI), of the 5,147 fatal workplace injuries that occurred in the United States in 2017, 458 were cases of intentional injury by another person. [More...] However it manifests itself, workplace violence is a major concern for employers and employees nationwide.

Turning Point USA has argued that Kirk's remark was meant as a "joke," but in a statement to Salon again attempted to justify it, arguing that if a TPUSA staffer were to bring COVID concerns to the attention of management, it could constitute a "fireable offense" because that employee wouldn't be a good "cultural fit."

"The comment was made as a joke, clearly, but to be clear, the quote is 'fired for asking such a ridiculous question,' not for vaccination status," TPUSA spokesperson Andrew Kolvet told Salon on Wednesday. "TPUSA literally sponsors a No Forced Vax campaign to protect students from draconian vaccine mandates. If an employee of TPUSA then turned around and asked whether or not TPUSA was planning on mandating vaccines, the questions would be absurd to the point of demonstrating either a bad cultural fit, gross incompetence or workplace intoxication. All of which are fireable offenses."

That wasn't the only comment offered to Salon from TPUSA. Troy Meeker, the group's administrative director of human capital, sent a statement reading, "Turning Point USA has both vaccinated and unvaccinated employees and the organization does not ask status. TPUSA is in full compliance with both federal and state laws."

It isn't exactly new for right-wing media-oriented entities to violate the rights of their own workers. Most notably, in June of 2019, Federalist co-founder Ben Domenech threatened via Twitter to send his staff members back to "the salt mine" if they attempted to unionize, which would later be deemed unlawful by the National Labor Relations Board.

Whether labor agencies will review Kirk's remarks remains to be seen.