Pulling meat from tiny crawfish claws forced us to put down our phones and, in turn, concentrate on each other. 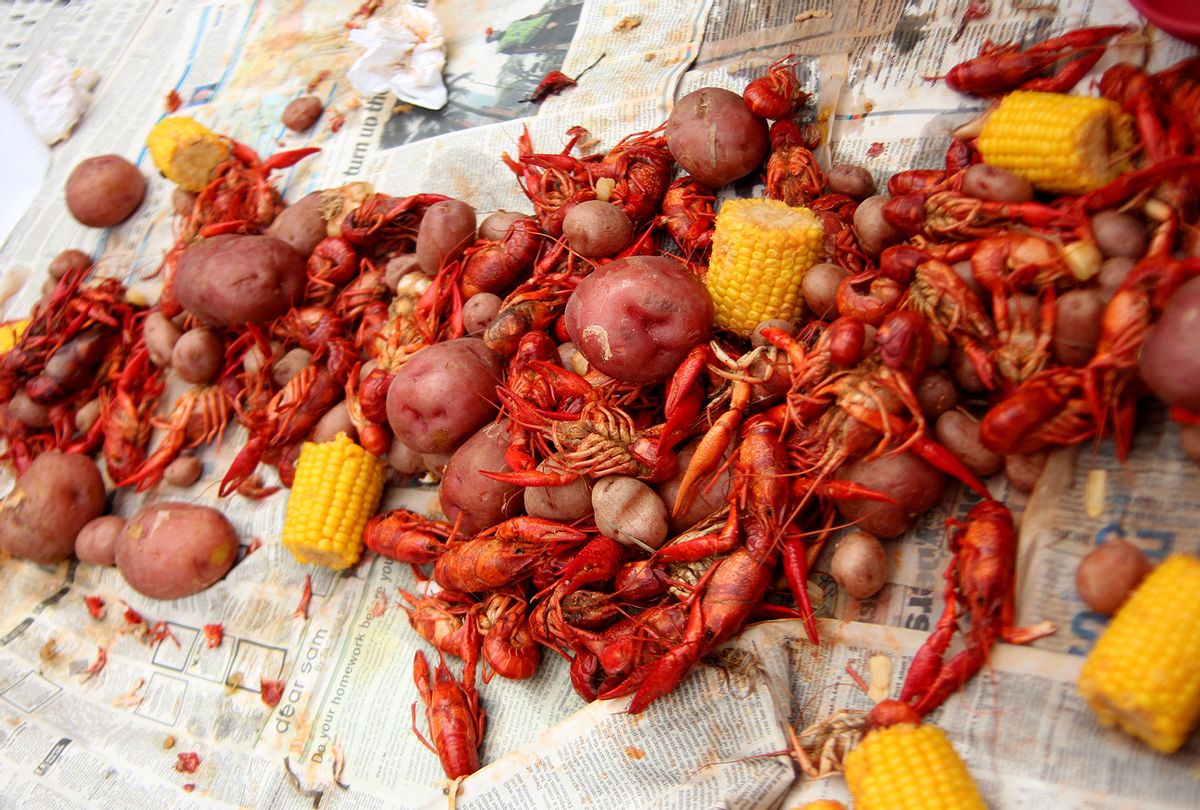 My cousin used to refuse to eat grapes unless they were peeled. "It takes too much time and trouble to peel it," he'd say. "I would rather not eat it than peel it." We're in an era of peak food convenience — with all-hours food and grocery delivery, fast-casual dining and a dizzying array of pre-packaged cuisine — so it's not an unfamiliar argument.

I, however, have always loved food that takes a little extra effort to eat — especially crawfish. Ever since I was young, I found the complicated process of cracking open crawfish claws for meat to be attractive. My Chinese relatives were confused: "It doesn't have much meat and it takes you so much time."

In their view, the end is to eat and food preparation is just a means to that end; the easier process, the better. I was too young to fully communicate why I so enjoyed the ceremony surrounding eating crawfish, but as I grew older, I realized that I liked exerting the extra effort.

This is probably because I try to have the same attitude towards life: I am more excited to do things that require challenge and perseverance. Eating complicated food strengthens my will; I face difficulty, conquer it and enjoy the result. I've kept that in mind as I've spent many years abroad, not all of which have been easy. I know that I will conquer any difficulties I face, however, like I conquer the peeling crawfish.

It's a meditative experience. Peeling crawfish requires my eyes to observe, my brain to think and my hands to process. It's almost animalistic the way that I use my teeth and I find myself satisfied by the ability to control my body with such precision.

There's also something inherently social about foods, like crawfish, which take some extra preparation. When I was an undergraduate in Toronto, I used to eat at The Captain's Boil, a seafood chain, with a friend of mine where we'd order a seafood basket. Looking back, he counts it as some of our best experiences during those years.

"When both parties are forced to get messy, and show themselves not as a perfect, polished being, the distance between people is closer," he says.

And sure enough, having both hands occupied with the task of pulling meat from tiny crawfish claws forced us to put down our phones and, in turn, concentrate on each other. While many of my relatives may still prefer convenience food as a means to an end, I still like enjoying the journey to get there.