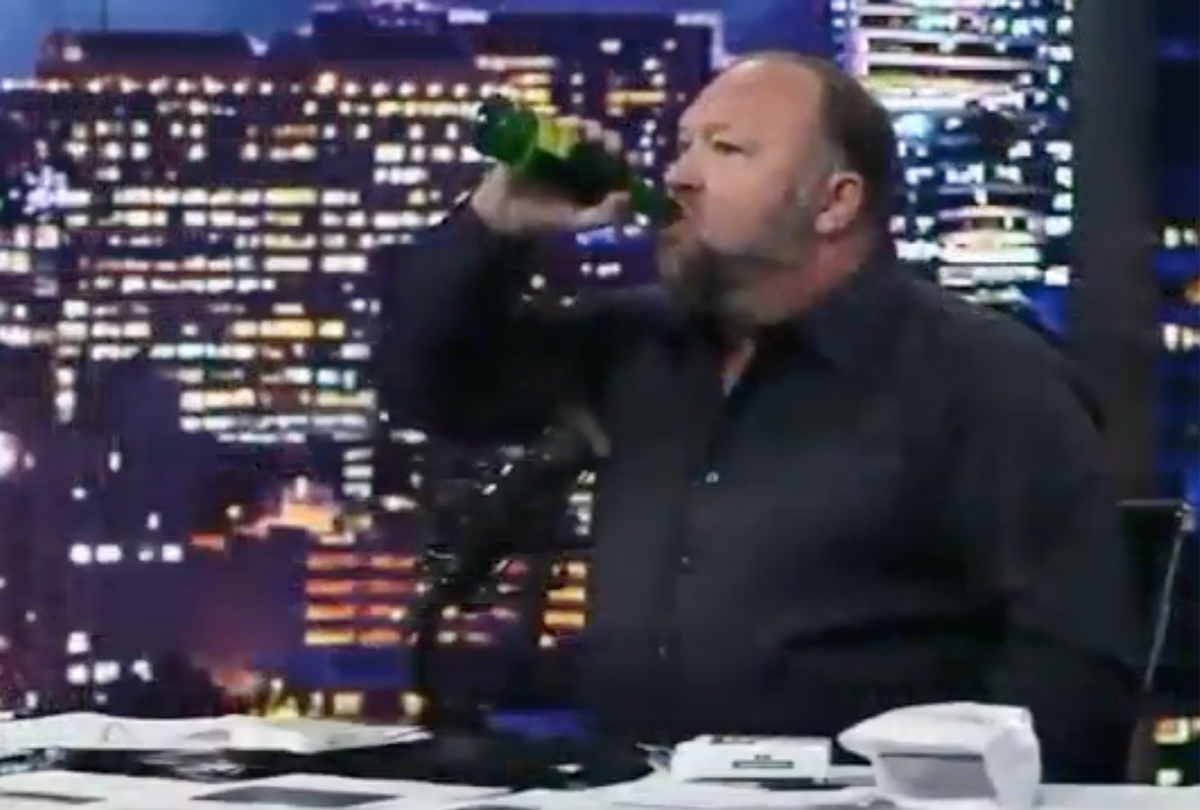 Both drugs have been promoted heavily by right-wing media as miracle COVID-19 cures, despite little evidence of their viability.

But Jones has not reported an infection with COVID-19, making the strange diatribe even stranger.

"See this? See this Fauci? You see this Bill Gates?" he asked while unwrapping the pills.

"I'm going to kill those prions, you b*st*rd murderers, you're going to hit me with a bioweapon? You monster. You want to suppress me? You want to kill me? You son of a b*tch! You goddamn demon. You think I'm easy to kill? Think I'm going to roll over to your cr*p?"

He then washed the pills down with a swig from a green bottle of unknown provenance.

"Yeah, that's why Joe's worth like $300 million, yeah, he's real stupid," Jones said of Rogan. That's why he lives in a $60 million house on the river. You leftists taking all the shots and dying are dumbasses. He's the one that headlines with Dave Chappelle, not you. You're stupid."

Jones has appeared many times on Rogan's podcast, which is currently one of the most popular in the world with a self-reported 200 million monthly downloads.

You can watch the full video below via Reddit: