Plus, a Michael Keaton 9/11 drama, serial killers and unpacking Hollywood clichés for your viewing pleasure 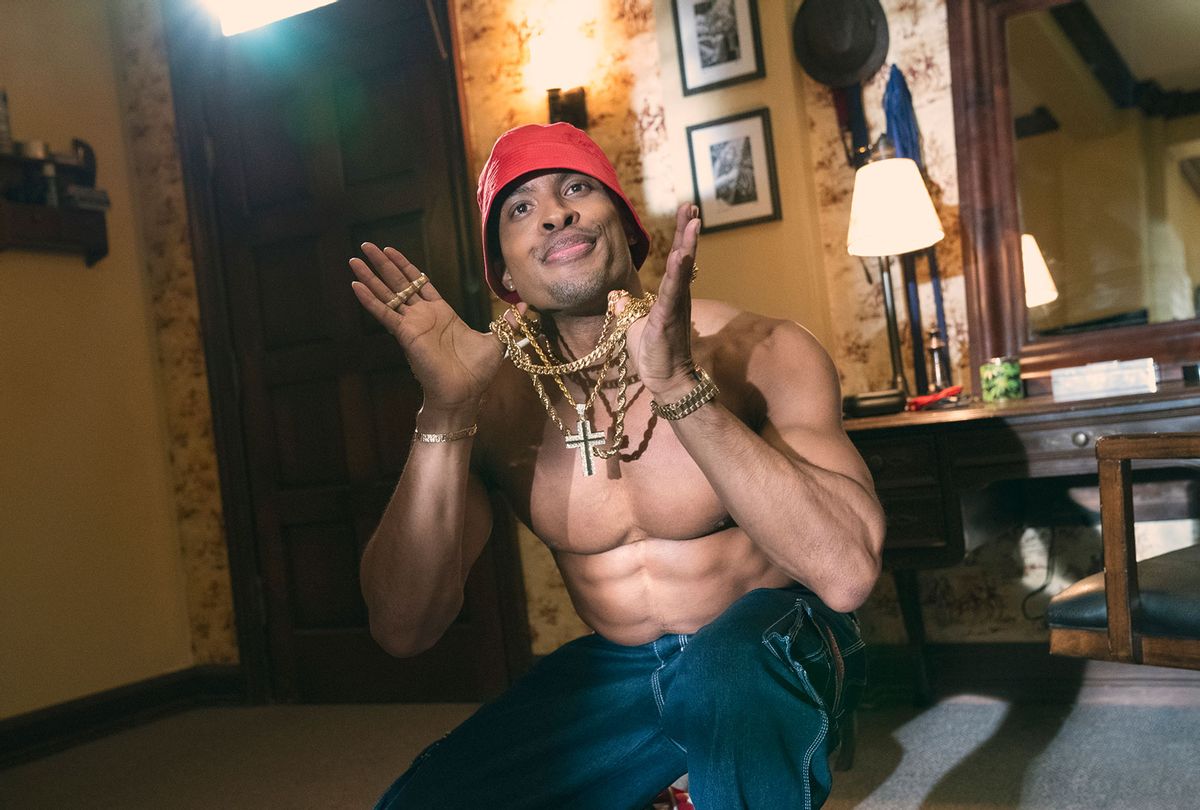 September signals the end of summer, which sometimes means a pause on your favorite trashy dating shows and steady influx of new, delightfully meaningless rom-coms to indulge. But it doesn't mean a pause on entertaining content, especially as the temperatures start to drop, the leaves begin to fall, and the weather becomes perfect to stay in and Netflix and chill to your heart's content.

This September, Netflix has got you covered. If you're feeling particularly intellectual, or want to dig deeper into the history of 9/11 on its 20th anniversary this month, Netflix's five-part docuseries "Turning Point: 9/11 and the War on Terror" might be the binge for you. And if you're a fan of the awkward but lovable teens of "Sex Education," its third season is finally coming your way, too.

But, as the old adage goes, when Netflix titles go, they're gone. That means these are your last days to learn why the angry birds of "Angry Birds" are so unhappy, as the cartoon's first two seasons are slated to end streaming on Sept. 15. The "Karate Kid" trilogy and first two "Kung Fu Panda" movies will be on the outs, too, both on Sept. 30. A good chunk of Netflix's "Star Trek" content, like the 2009 "Star Trek," "Star Trek: Enterprise," "Star Trek: Voyager" and all three seasons of "Star Trek" will also depart Netflix on the 30th.

So, get in your last "Star Trek" binge! Relive the pure, DreamWorks magic that is "Kung Fu Panda"! But be sure to keep your queue locked and loaded with all the new magic Netflix has in store.

This five-part, investigative documentary series argues the cases for how modern history can be divided between before and after 9/11. The documentary goes to entirely new places and is rife with interviews with varied subjects ranging from CIA officials to Taliban commanders, and Afghan civilians most impacted by the wars that ensued.

An adventurous adult cartoon following the lives of LGBTQ superspies, Agent Steve Maryweather once reigned as the golden boy of the American Intelligence Agency, until coming out as gay. Mayweather was sent off into obscurity shortly after coming out. Rather than accept this fate, he assembled an LGBTQ+ squad of misfits that now call themselves Q-Force, and honestly, why don't we have an all-queer "Avengers" squad yet, Marvel? The voice stars include Sean Hayes,  Gary Cole, David Harbour, Patti Harrison, Laurie Metcalf, Matt Rogers, Wanda Sykes and Gabe Liedman.

Starring Michael Keaton as the real-life lawyer Kenneth Feinberg, who took on the impossible task of calculating how to compensate families of the victims of 9/11, "Worth" is an emotionally complex drama on the true value of human life. The film also stars Stanley Tucci and Amy Ryan.

A new documentary series that will cover a monumental event in near real time, "Countdown" is the behind-the-scenes story of the four crew members making history as the first all-civilian mission into orbit. In his trip to space, billionaire Jared Isaacman will be joined by Hayley Arceneaux, a physician assistant at St. Jude and a cancer survivor; Christopher Sembroski, a veteran of the U.S. Air Force; and Sian Proctor, a professor of geosciences and two-time NASA astronaut candidate. Its first two episodes release on Sept. 6, second two on Sept. 13 and finale to be announced in late September.

From the director of "Two Days in Paris," "On the Verge" is a dramedy following the lives of four women (Julie Delpy, Elisabeth Shue, Sarah Jones and Alexia Landeau) in Los Angeles just before the pandemic, each caught in the throes of a midlife crisis. The series seems packed with emotional highs and lows, and as generous an amount of shots at the beach as you'd expect of a story based in LA.

Inspired by Randy Roberts and Johnny Smith's book "Blood Brothers: The Fatal Friendship Between Muhammad Ali and Malcolm X," this new documentary of nearly the same name follows the story of Malcom X and Muhammad Ali's extraordinary relationship, from their chance meeting to their eventual fallout over shifting ideals. Both men have left deep marks on history in their bold rejections of white supremacy, but few know about the bond they shared.

Right on time for back-to-school season is the third season of our favorite British sex comedy, and it promises to be a doozy for the teens of Moordale. According to Netflix's riveting but open-ended synopsis, Otis is now having casual sex, Eric and Adam are "official" and Jean is preparing for a baby. What could possibly go wrong?

In this haunting South Korean television series, 456 people who have struggled in life are invited to partake in a mysterious survival competition called "Squid Game." The competition entails a series of traditional children's games with deadly twists, as the competitors risk their lives for a chance at $40 million. As if that doesn't make you nervous enough, there can only be one winner. This is giving us "Battle Royale" vibes.

Two years after the first season of "Love on the Spectrum" captured our hearts, the second returns to dive deeper into the dating lives of people on the autism spectrum. We'll reunite with some familiar faces, as well as an even wider range of people and personalities to fully represent the diversity of the spectrum.

Back and as timely as ever, the news season "Dear White People" takes place during the pandemic, as, from the future, Sam and Lionel look back on their final year at Winchester, which plays out as a '90s-style musical. This fourth and final season comes fresh off an estimated 700% surge in viewership for the show throughout last summer, amid the uprising for Black lives.

Followers of the stories of Ted Bundy or the elusive Golden Gate killer are in for the perfect binge, with "Monsters Inside," which tells the story of an accused serial rapist who claims to have multiple personality disorder. The late 1970s saga sets off a captivating legal odyssey that this Olivier Megaton-directed docuseries aims to shed new light on.

"Attack of the Hollywood Clichés!" Sept. 28

In this one-off comedy special featuring the most iconic films in cinematic history, a handful of beloved celebrity guests are our tour guides through the delightful, weird and ultimately inescapable clichés of some of our favorite movies. Host Rob Lowe and his guests walk us through the origins of the tropes of "walking away from an explosion," or the "meet cute," or, of course, "women running in stilettos," among many, many more.

Here's the full list of everything coming to Netflix this month.

Sept. 7
"Kid Cosmic" Season 2
"Octonauts: Above & Beyond"
"On the Verge"
"Untold: Breaking Point"

Sept. 14
"A StoryBots Space Adventure"
"Jack Whitehall: Travels with My Father" Season 5
"The World's Most Amazing Vacation Rentals" Season 2
"You vs. Wild: Out Cold"