Why Satanists may be the last, best hope to save abortion rights in Texas 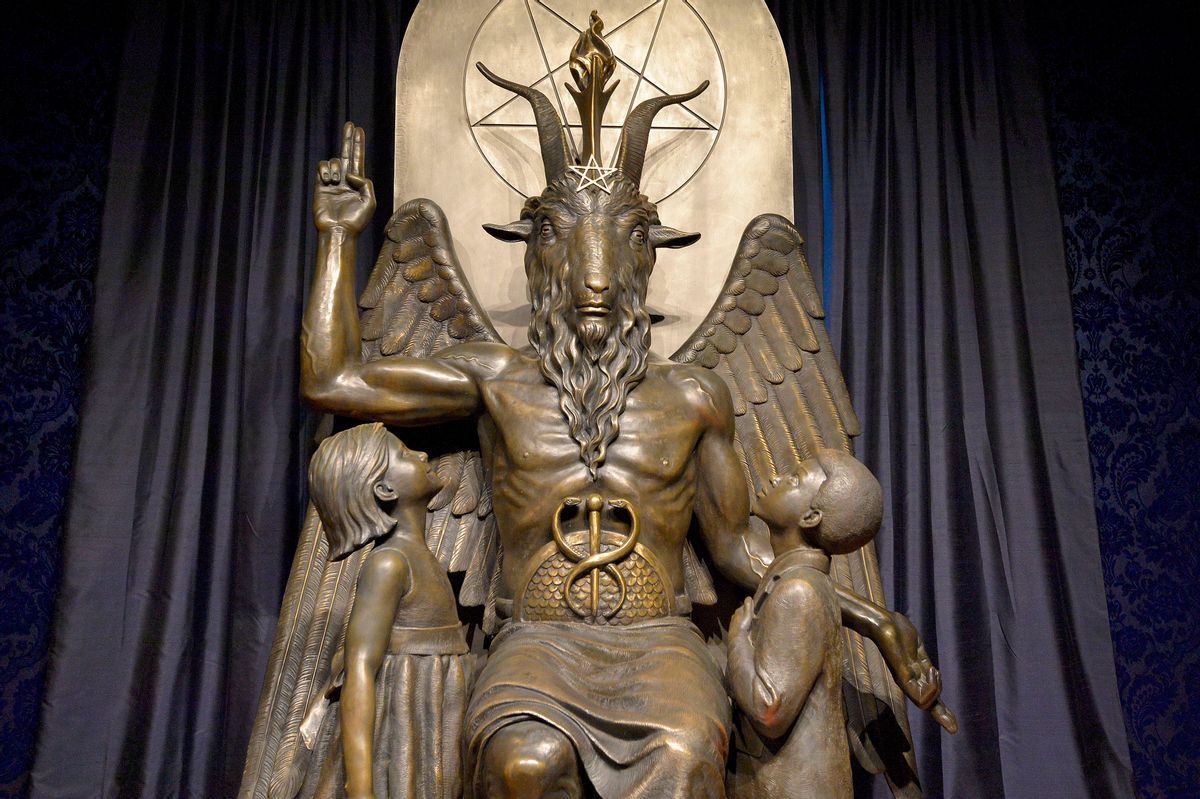 The Baphomet statue is seen in the conversion room at the Satanic Temple in Salem, Massachusetts. (JOSEPH PREZIOSO/AFP via Getty Images)
--

As pro-choice and reproductive health groups are scrambling to make sense of Texas' new, near-total abortion ban that went into effect this week, it appears their efforts to skirt the law are getting an unexpected boost from one organization in particular: The Satanic Temple.

The Supreme Court on Wednesday night allowed the state to implement a ban on the procedures after six weeks, before most women know they are pregnant, with no carve-outs for rape or incest. Until it is blocked or overturned, the law effectively nullifies the landmark 1973 Roe v. Wade decision — which established abortion as a constitutional right — in Texas.

The "nontheistic" organization, which is headquartered in Salem, Massachusetts, joined the legal fray this week by sending a letter to the U.S. Food and Drug Administration demanding access to abortion pills for its members. The group has established an "abortion ritual," and is attempting to use the Religious Freedom Restoration Act (which was created to allow Native Americans access to peyote for religious rituals) to argue that its members should be allowed access to abortion drugs like Misoprostol and Mifepristone for religious purposes.

"I am sure Texas Attorney General Ken Paxton—who famously spends a good deal of his time composing press releases about Religious Liberty issues in other states—will be proud to see that Texas's robust Religious Liberty laws, which he so vociferously champions, will prevent future Abortion Rituals from being interrupted by superfluous government restrictions meant only to shame and harass those seeking an abortion," Satanic Temple spokesperson Lucien Greaves told the San Antonio Current.

"The battle for abortion rights is largely a battle of competing religious viewpoints, and our viewpoint that the nonviable fetus is part of the impregnated host is fortunately protected under Religous Liberty laws," he added.

It's unclear whether the Satanic Temple's strategy of appealing to the Biden Administration will work. Last year, the group tried to overturn abortion restrictions enacted in the state of Missouri, but the Supreme Court declined to hear their case.