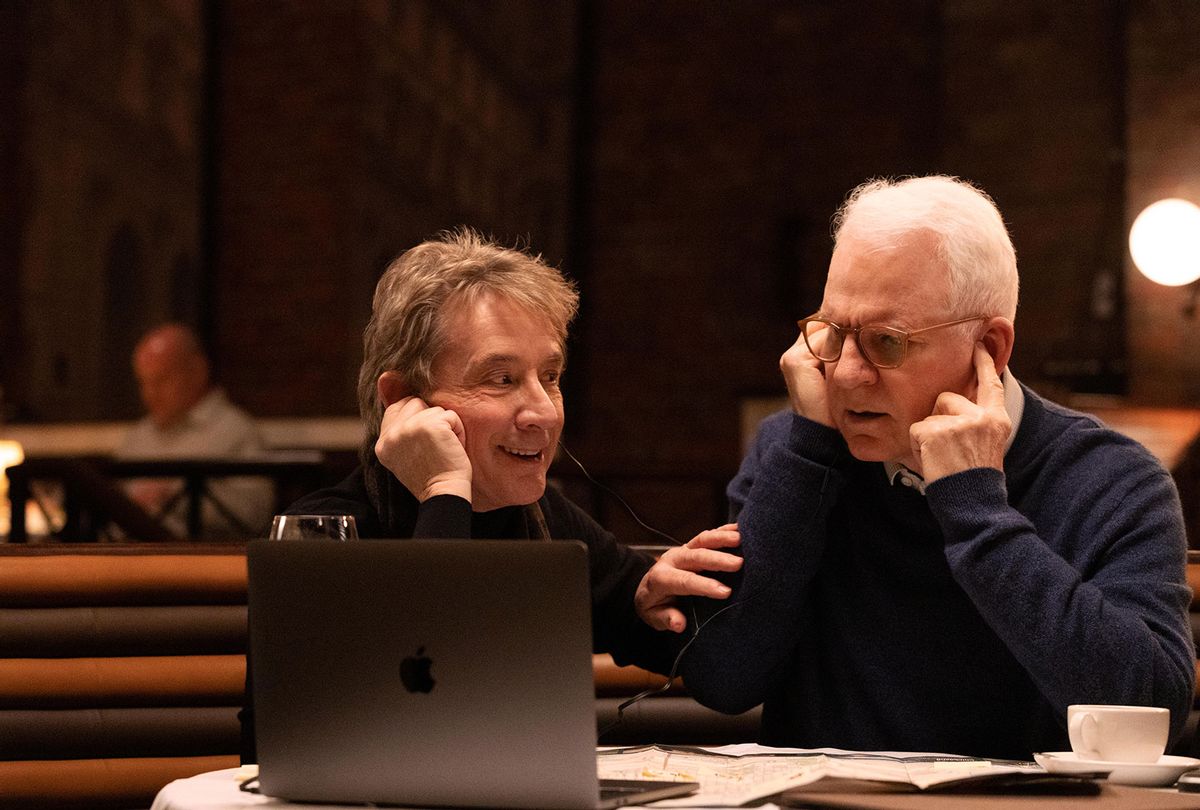 The first episodes of Hulu's "Only Murders in the Building" are now streaming, and understandably enough, Selena Gomez's bright, flamboyant outfits on the show are already dominating the conversation. Gomez dresses like your typical, rebellious millennial, for a specific, plot-serving reason.

As Salon's Melanie McFarland has already pointed out, the comedy-slash-murder-mystery is a standout because of its ability to bridge generational divides through Gomez's Mabel, and comedy legends Steve Martin and Martin Short as Mabel's older new friends, Charles and Oliver, respectively.

What unites these vastly different generations? Oh, just an addiction to true crime podcasts. When a neighbor in their Upper West Side building mysteriously dies, the three join forces to learn everything they can about the victim, and solve what they believe to be his murder.

Mabel, Oliver and Charles almost certainly aren't the only (fictional) fans of true crime out there. The first two seasons of the famous "Serial" podcast, the first of which was so influential it may have led to a retrial for an incarcerated man, were downloaded over 250 million times. After "Serial" smashed records in 2014, the iconic "Dirty John" podcast was downloaded over 10 million times in just six weeks in 2017.

And since then, the true crime podcast genre has exploded, captivating audiences of all ages as the perfect fodder for bonding between mothers and daughters who grew up watching "Dateline" specials together. "It's always the husband," my mom would sneer to me at least once per episode as we watched.

But beneath a layer of sly, wickedly fun storytelling, "Only Murders" both indulges and interrogates the audience's fondness for the genre. In Oliver, we have an ex-Broadway director with a severe but charming case of main character syndrome. Oliver quickly comes to see the mysterious death of neighbor Tim Kono (Julian Cihi) almost solely through the lens of a thrilling true crime podcast he can create with his rag-tag team of co-hosts in Mabel and Charles. By the end of the third episode, he's recorded and posted their first podcast episode, and even got them a sponsor, though Charles candidly points out they "still don't even have a suspect."

Oliver assures the team they'll find one. "I've directed 212 theatrical productions," he says, "and I've always found my lead. It takes a particular eye to know who's got that special star-spark, who's just a background player." This — the death of a young man in their building — is a production to him, and whoever killed Tim is but a character, albeit a tragic one. 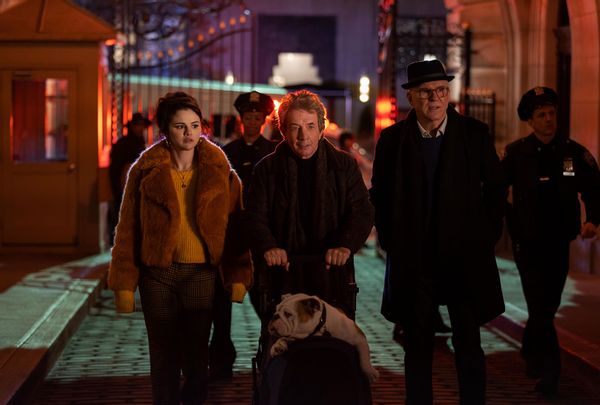 Selena Gomez, Martin Short and Steve Martin in "Only Murders in the Building" (Craig Blankenhorn/Hulu)

Even as Oliver, Mabel and Charles quickly discover intriguing clues that seem to contradict official police reports about Tim's death, in truth, other than Mabel, they know almost nothing about who he really was.  Sure, he grew up in the building, but he wasn't particularly liked by his neighbors, which may or may not explain why he was shot in the head. And what do we the audience or the true crime podcasters who have enthralled us, really know about real-life victims? We know they were killed, that some led at least semi-mysterious lives or may have been caught in relationship or money troubles. And that's all we'll ever really know, because they can't come back and tell their own stories.

Even the most well-meaning, respectful and compassionate true crime podcasts and storytelling that involve murdered victims will always on some level be an appropriation of someone else's life and story. All of these undertakings necessarily capitalize on the inability of a dead person to speak their own truth. Because of that conspicuous silence from dead victims, true crime podcasters — many of whom may be perfectly well-meaning people — are able to make sometimes exorbitant wealth, or draw massive clout and sponsorships.

Beneath the truth-telling and addictiveness of these podcasts, what we see is death and tragedy yielding profit for others. What we see is a hunger and voyeurism among audiences, eager to consume and pick apart the life of another person we will never know.

Since the meteoric rise of the true crime podcast, and with it, the Ted Bundy documentaries and live-action thrillers starring Zac Efron, critics and journalists have long mused about what in particular makes these projects so attractive to mass audiences. "Only Murders" poses one simple and charming theory: that they bring us together, bridging differences in age, politics, and lived experiences, as we take our minds off our own lives, and chase and theorize about a riveting story. That's one working theory, and it's not a bad one.

Others have speculated about the particular fascination with true crime among female audiences, which is striking when you consider how most victims in these stories are women, brutally slashed by spurned lovers or cheating husbands. In a previous interview with Salon, Elizabeth Wolff, director of the "I'll Be Gone in the Dark" documentary series on the Golden State Killer, said she's pondered this seemingly gendered fascination.

"There's not any one answer to why women are particularly drawn to this," Wolff observed, but noted that many of our lives are messy, and this can be especially true for women with a lot going on. She added, "I think looking at dark material like this allows people to connect their own darkness to something that's externalized. There's a process in true crime; it's very neat and tidy, where real life is really messy. A lot of the true crime we consume has an ending. A lot of the complexities and darkness and demons in our own lives are not as neat and tidy as a procedural crime story."

There may also be a level of almost morbid validation for women in consuming true crime, feeling your knowledge of the world as a dark, precarious place is all but confirmed, or learning of someone else's nightmarish death and feeling horrified but lucky it wasn't you.

In many ways, true crime podcasts have made violence and horrific killings a spectacle — for the "Only Murders" crew, a whole theatrical production with a financial sponsor. With its charming characters and delightful wardrobe, you might miss the commentary on this issue that's latent throughout "Only Murders," but if you watch closely, the show holds up a mirror to a booming industry that our collective fascination with death — our collective fascination with this TV show, even — has created.

That's not to say there's no such thing as ethical true crime reporting, storytelling that doesn't dehumanize and speak for the (often female) dead person, or valorize police forces and serve as copaganda. As a starting point, if there are living victims, they should be asked for their input on whether and how they want their story told, or given the chance to speak on what they experienced. If the victims are, well, not living, the voices of their loved ones should be not just included but centered.

"Only Murders" evokes the edge-of-your-seat thrills of the true crime podcasts we love, while also calling into question the human cost of these thrills, and the morbidity of a genre and industry that thrive on our collective addiction. As the show and its mystery continue to unfold, we may find ourselves wondering what we actually know about any of the three protagonists — and what we really know about the podcasters and true crime storytellers who captivate us.

"Only Murders in the Building" releases new episodes Wednesdays on Hulu.