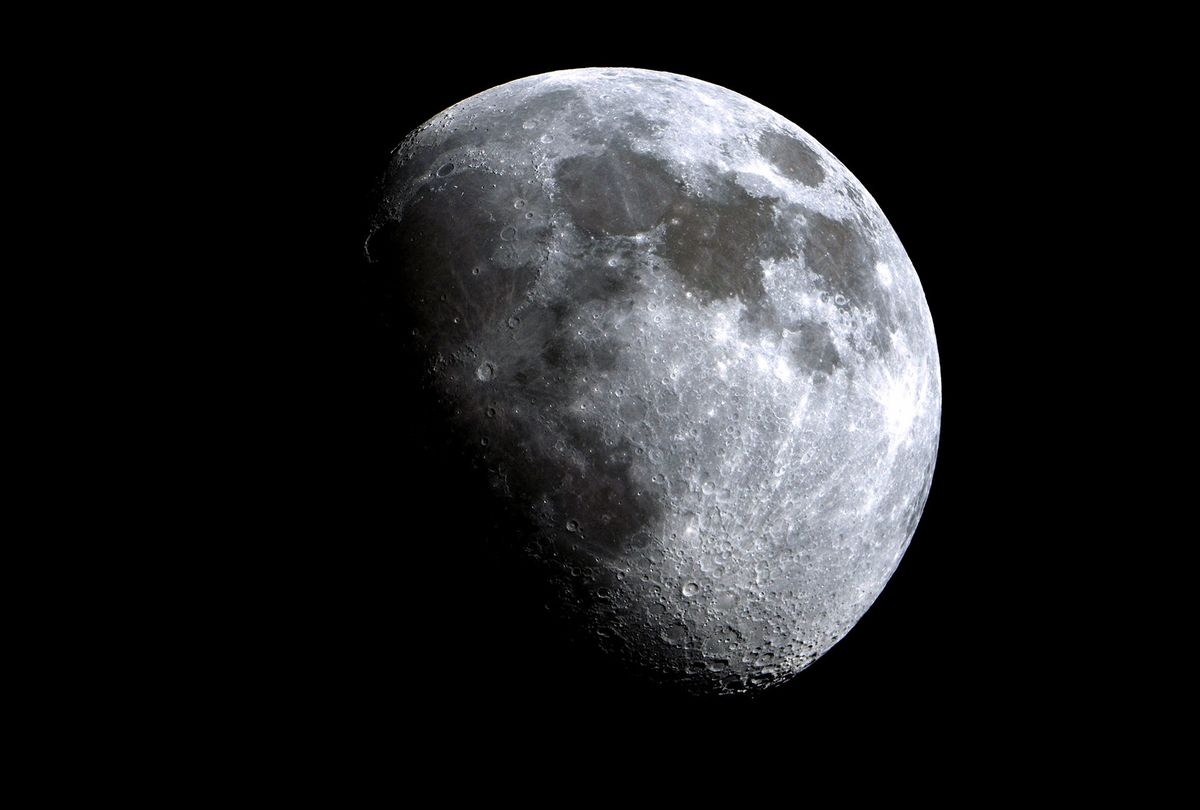 Humans are reliant on the Moon for far more than most realize. The natural satellite that lights up the nighttime sky moderates Earth's tilt, creating a more stable and livable climate for us here on Earth. Without the Moon, the Earth's axial tilt would be much less stable, creating erratic seasons and possibly dooming the prospect of life before it could begin. And, the Moon also creates tides, which help move heat across the ocean from the equator to the poles.

In addition to the Moon's vital effects on Earth, this enchanting orb that has mesmerized humans since history began could play a critical role in furthering our understanding of the early universe, if only we can build an observatory there.

Interestingly, there is now a plan in development to do just that. In April 2020, the National Aeronautics and Space Administration (NASA) awarded the Lunar Crater Radio Telescope (LCRT) project $500,000 for further research and development. The premise of this project is that a massive radio telescope would be built by robots on the far side of the Moon in a 100-meter long, bowl-shaped crater with the mission of observing radio wavelengths that are 10 meters and longer.

One might wonder: why the Moon? Isn't this something that we can do here on Earth? The truth is there is only so much data we can gather about the universe from Earth, in part due to the own limitations of our planet when it comes to observing the night sky. Earth's (comparatively) dense atmosphere, light pollution and man-made electromagnetic radiation significantly hamper our ability to clearly observe the cosmos from our home planet.

In the case of radio telescopes, the Moon is an especially tantalizing choice for an observatory. On Earth, scientists are unable to observe cosmic radio waves that are longer than 10 meters because of the ionosphere — a layer of electrons, charged atoms and molecules, that surrounds Earth and protects us from harmful rays from the sun and other bad stuff in space. Earth's ionosphere essentially absorbs any radio wavelengths over 10 meters long. On the Moon, a lack of atmosphere and radiation could (on the far side) vastly improve observations.

"Because the ionosphere is such a strong source, even [by] putting a satellite around it we won't be able to observe any of  those wavelengths . . . it basically drowns out all the signals [over 10 meters]," said Saptarshi Bandyopadhyay, a Robotics Technologist at NASA Jet Propulsion Laboratory and a the lead researcher on the LCRT project, in an interview with Salon. "So we need to go to a place where we are shielded from Earth, and the best place to go is to go to is the far side of the Moon.

Bandyopadhyay argues there is an urgent need to better observe radio wavelengths over 10 meters, the kind that would have originated in the early days of our universe. Such a telescope might provide scientists with invaluable information about dark matter and dark energy.

Dark energy, an ill-understood force that is responsible for the accelerating expansion of our universe, is estimated to comprise 68 percent of all matter and energy in the universe.

"Right now, we have some ideas, some models of what happened at the time of the Big Bang, and then we have some idea of what the current universe looks like, where all the galaxies are, how they're moving away, and things like that, but they're not many large questions in the middle [that remain unanswered]," Bandyopadhyay said. "A good part of that region is not observable because we have never looked at the universe 10 meters or longer, and that's what we want to observe — we want to observe those 10 meters and longer wavelengths, so that we can understand things like, 'why is there dark energy and dark matter, what is the pattern, and then why is there so much more matter and so little antimatter in the universe?'"

Bandyopadhyay said scientists need to find answers to these questions before humanity makes  "another giant leap in physics."

Such a leap in understanding of fundamental physics might be nearer than one might think. Bandyopadhyay noted that 100 years ago, scientists were just starting to understand nuclear energy. Perhaps dark energy could be used in unknown ways in the future — we just have to understand it first.

"Maybe our grandchildren would be able to take advantage of dark matter for interstellar travel," he mused.

Of course, to assemble such a device on the Moon would not be easy. In the LCRT proposal, robots would build the massive radio telescope. In order to work well, its dish would have to be at least like 10 times longer than the longest wavelength they'd observe. Bandyopadhyay said the budget would need to be between $1 billion and $5 billion. Two space crafts would be needed: one to deliver the mesh wire of the telescope, a material change to adapt to operating on the Moon, and a second to deliver the DuAxel rovers which would build the dish over several days or weeks.

"It's going to be a long journey," Bandyopadhyay said. "I would be very surprised if we managed to launch before I retired and I'm a very young scientist right now, but if you see all the other missions that's the kind of time it takes."

Notably, only one spacecraft has successfully soft landed on the Moon's far side, which was China's Chang'e 4. Still, the very possibility of putting a radio telescope on the Moon is closer than it has ever been before. Such an instrument could pave the way for different types of telescopes, including optical ones, to make home in other spots on the Moon, ultimately transforming humanity's view of the cosmos.

"Visual telescopes would also benefit from the lack of an atmosphere on the Moon," said Avi Loeb, the former chair of the astronomy department at Harvard University (2011-2020). "Atmospheric turbulence blurs and distorts images of sources in the sky when observing from Earth; X-rays cannot propagate through the Earth's atmosphere and can also be observed from the Moon, and finally, the Moon has no geological activity and so a LIGO-like gravitational wave detector would benefit greatly from the lack of seismic noise and the vacuum that is offered for free — eliminating the need for vacuum tubes as used in the terrestrial version."