Is it fit for the Queen? Heck no. But it's obvious everyone involved wanted to do right by the defected royals 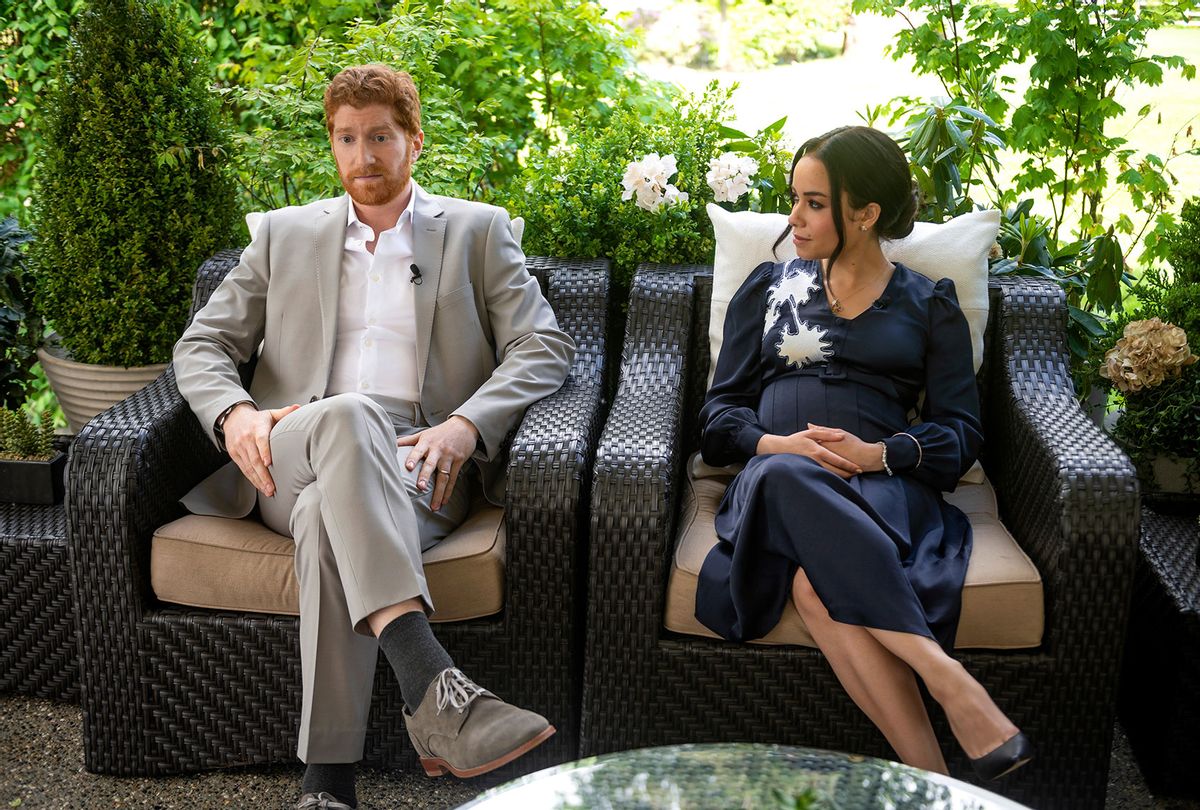 Laughing at the idea of Lifetime's Harry and Meghan movies is much easier than laughing at them, provided you're committed to giving them a fair shake. This is certainly the case with "Harry & Meghan: Escaping the Palace," the third film in the network's dramatized depictions of the Duke and Duchess of Sussex's life and romance, and the one most likely to attract viewers who scoffed at the previous installments.

The reason for this is obvious and rests in the event where this film finds its ending – the famous Oprah interview. As is true of all the scenes before it, director Menhaj Huda and his stars Sydney Morton and Jordan Dean recreate this familiar moment and others with significant restraint.

Throughout the movie, in fact, one gets the sense that everyone involved is very concerned with doing right by their title subjects, as if they're aware there's a chance the actual Harry and Meghan might watch and hoping the royals won't cringe too much.

William and Kate, on the other hand, are more than free to register their complaints through the proper channels.

Through their depiction we are reminded that "Harry & Meghan: Escaping the Palace" is still very much from the channel that brought you the likes of "Cocaine Godmother" and will soon gift us with a biopic about Wendy Williams.

Remember that when the film opens, shockingly, with the scene of a familiar car wreck being captured by paparazzi clicking away – except it isn't Diana Spencer trapped within, but Meghan. Naturally this isn't real – but it sets the mood for the living nightmare Harry (Dean) and Meghan (Morton) endure from the time shortly after Archie is born through everything that follows.

When Scarlett Lacey's script begins, the Sussexes are already in rough emotional waters. The press is racist and relentless, and despite Harry's pleas, William (a dastardly Jordan Whalen) refuses to stand up for his brother's wife.

Lacey bases most of the action on public accounts and our assumptions that Prince William is a toad and Kate (Laura Mitchell) is a two-faced Karen. Really, though, it's the royal cousins and friends who behave, how do we put this politely?. . . like rabid creatures on a day pass from the Westminster kennel. 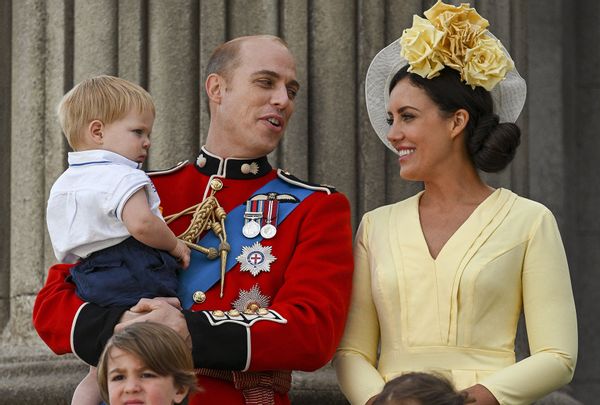 Our familiarity with the chronological breakdown of the Sussexes' conscious decoupling from the rest of the Windsors requires Lacey and Huda to engage in more than a bit of dramatic license. The script handles the tabloid attacks and portrays the behind-the-scenes machinations to discredit Meghan with directness. Flashbacks get quite a workout, including a recreation of one of the memorable breakdowns Meghan recounts to Oprah.

In the main, though, they're employed to show Princess Diana (Bonnie Soper) in psychologically harrowing moments that parallel Meghan's struggles. Diana is significantly featured throughout, employed to evoking Harry's fears of history and lend additional legitimacy to Meghan's emotional plight.

Nevertheless, the overall weirdness of "Harry & Meghan: Escape from the Palace" trails it like a wedding gown train. This is through no fault of its actors, who do a commendable job delivering some truly terrible dialogue with straight faces.  The lion's share goes to Keegan Connor Tracy, who plays the palace villain representative of The Firm named Victoria to the hilt.

Tasked with saying lines like, "We shall use what I believe is called 'cancel culture,'" Tracy wears her out-of-touch disdain for Meghan like a dowager countess's prized stole. The only prop missing from her costume is a monocle.

In a movie series that has replaced its title roles every single time, it become a challenge to distinguish each movie's efforts to create pomp from camp. In previous films Meghan was played by Parisa Fitz-Henley and Tiffany Marie Smith, with Murray Fraser and Charlie Field portraying Prince Harry. The benefit of never casting the same people twice, besides enabling the actors to eventually hide this on their filmographies, is that the audience can treat them as singular and separate stories. 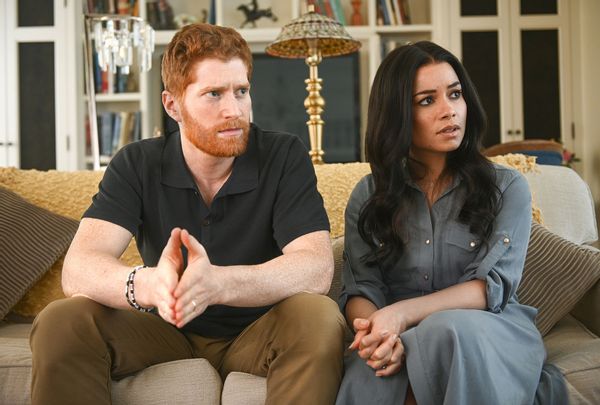 The drawback is that each new iteration of Harry and Meghan seems as if they're modeling some Party City costume version of the role's previous occupant.

This is not to say Dean and Morton are unsuited for their parts, although when he's not wearing Harry's military dress a long-lost Dean looks like a long-lost Weasley brother. (Hat tip to Culture Editor Hanh Nguyen for that observation because now you won't be able to unsee it; also, you're welcome.) It's simply a quirk that the movie never completely shakes off.

Not that it matters – if you're committed to watching "Harry & Meghan: Escaping the Palace" you're in for every bit of curiosity embroidered into its presentation. Even if you happen to stumble into it face-first, you may be pleasantly surprised at how easy it is to put aside your cynicism for 88 minutes or so and enjoy the efforts to place a tiara on a story with an ending isn't necessarily happy but registers as satisfyingly resolute.