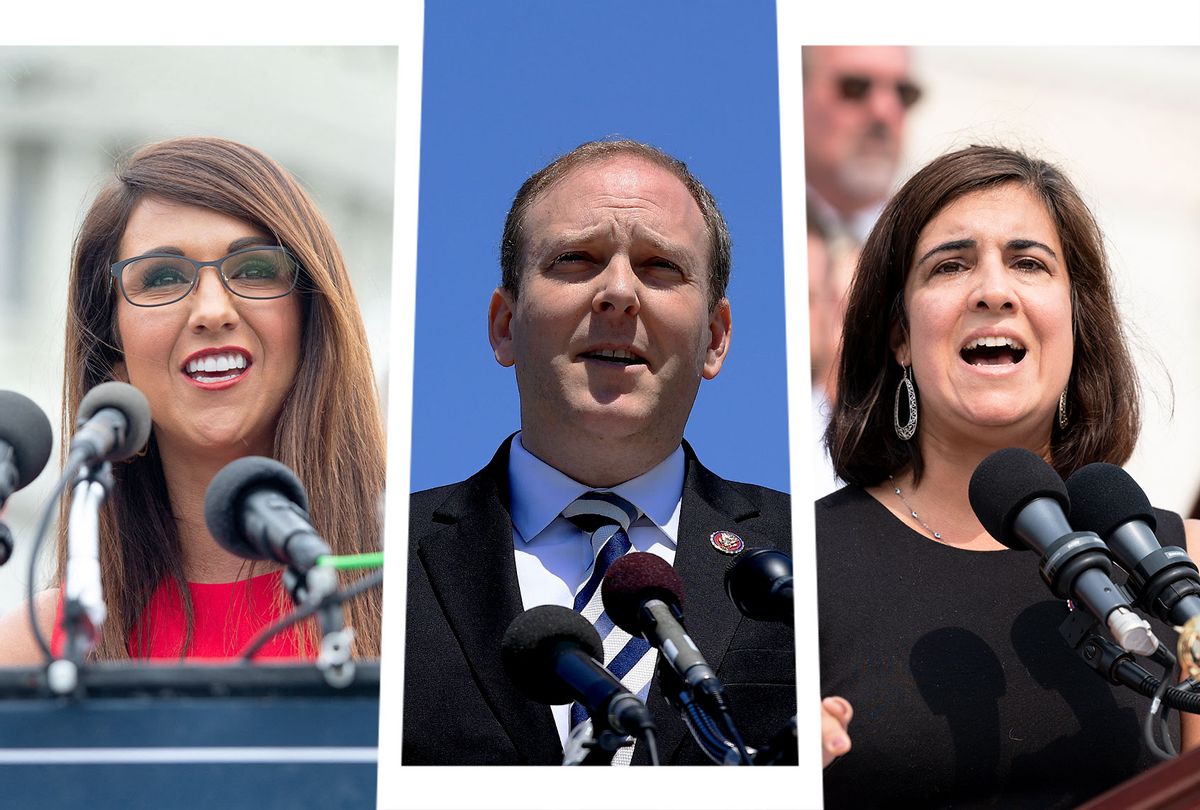 Two weeks ago, the Conservative Party of Richmond County, New York, held a dinner at an upscale Italian restaurant where Republican members of Congress and aspiring GOP candidates mingled with Capitol rioters.

Those facts may require some unpacking: Richmond County is the same thing as Staten Island, the southernmost borough of New York City, which remains predominantly white and leans Republican. The Conservative Party is a relic of old-time New York machine politics, which today is almost entirely aligned with the GOP.

The dinner was held Sept. 2 at Da Noi Restaurant, a family-owned Italian eatery that is something of a Staten Island institution. (In fact, there are two on the island, plus another in nearby Bayonne, New Jersey, not to be confused with several similarly-named restaurants in Manhattan, the Bronx and suburban Long Island.)

The event reportedly kicked off with "energizing remarks" from the seemingly ubiquitous far-right firebrand Rep. Lauren Boebert, the Colorado Republican known for her love of guns (which are strictly controlled in New York City).

Much of what was said at the donor-filled event has not been made public. But Boebert was highly visible at the venue and was seen posing for instance, with Tina Forte, who live-streamed extensively from the Capitol riot on Jan. 6 and has "repeatedly used hashtags related to QAnon conspiracy theories," according to Snopes. Forte plans to run as a Republican against Rep. Alexandria Ocasio-Cortez, D-N.Y., who defeated her 2020 opponent by more than 40 percentage points. Boebert also spent time with self-described "American patriot, publicist & consultant" Jen Remauro, former co-host of a Sirius XM Radio show. (Her mother, Leticia Remauro, is the Conservative Party candidate for Staten Island borough president.)

Photos taken at the event depict a crowded room, with no attendees visibly masked. As Remauro noted, Boebert arrived at the event with Rep. Lee Zeldin and Rep. Nicole Malliotakis, both New York Republicans.

While conservative pundits, including Fox News host Tucker Carlson, have at times baselessly blamed the FBI for the Jan 6 Capitol siege, some of the radicalized right-wing Capitol rioters now appear to be normalized within conservative politics.

Forte, a TrumpWorld social media influencer and reputed QAnon believer, live-streamed herself and the above-mentioned Jen Remauro from the U.S. Capitol on Jan. 6. Forte was wearing riot gear. In a video uncovered by Snopes, Forte is seen in a restricted area outside the Capitol, claiming, "I'm wearing a bulletproof vest, because I'm on everybody's fucking hit list that you can possibly think of."

She continues, "Now we're at the Capitol, and now we're on to the next one," while winking into the camera.

Following initial publication of this article, Jen Remauro sent a lengthy statement to Salon denying that she and Forte were near the Capitol on Jan. 6, despite considerable video evidence to the contrary. Remauro wrote:

We were nowhere near the Capitol during the riots and that wink Tina gave was because the Capitol was our fourth stop for the flag drop we did of Nancy Pelosi. The next stop was John Tobacco's video podcast which we left to go do immediately after her wink. The wink was because we were going to talk about Nancy Pelosi on air. Me and Tina Forte did not enter the Capitol, we did not break anything, touch anything and we're by the reflection pool. We couldn't even hit the building with a rock if we tried. We were there to support artist Scott LoBaido and drop his flag in numerous locations which we did. Tina's bulletproof vest was because Antifa had her and myself listed on their website as targets. There was never talks of a riot or an insurrection.

New York City has mandated that patrons entering indoor venues such as restaurants must display either the city's new app, the state's Excelsior app or a card showing proof of vaccination, which raises questions about the unmasked attendees at the Staten Island event. The owner of Da Noi, Edward Gomez, told Fox News in August, "People, when they come in, we have to kind of guard the gate to make sure they are [vaccinated] and if they are not, turn them away."

Boebert's vaccination status remains unknown. The GOP freshman member has been an outspoken opponent of vaccine and mask mandates, although her own step-grandfather, Bob Bentz, died of COVID last December.

UPDATE: This story now includes a statement from Jen Remauro submitted after its original publication.