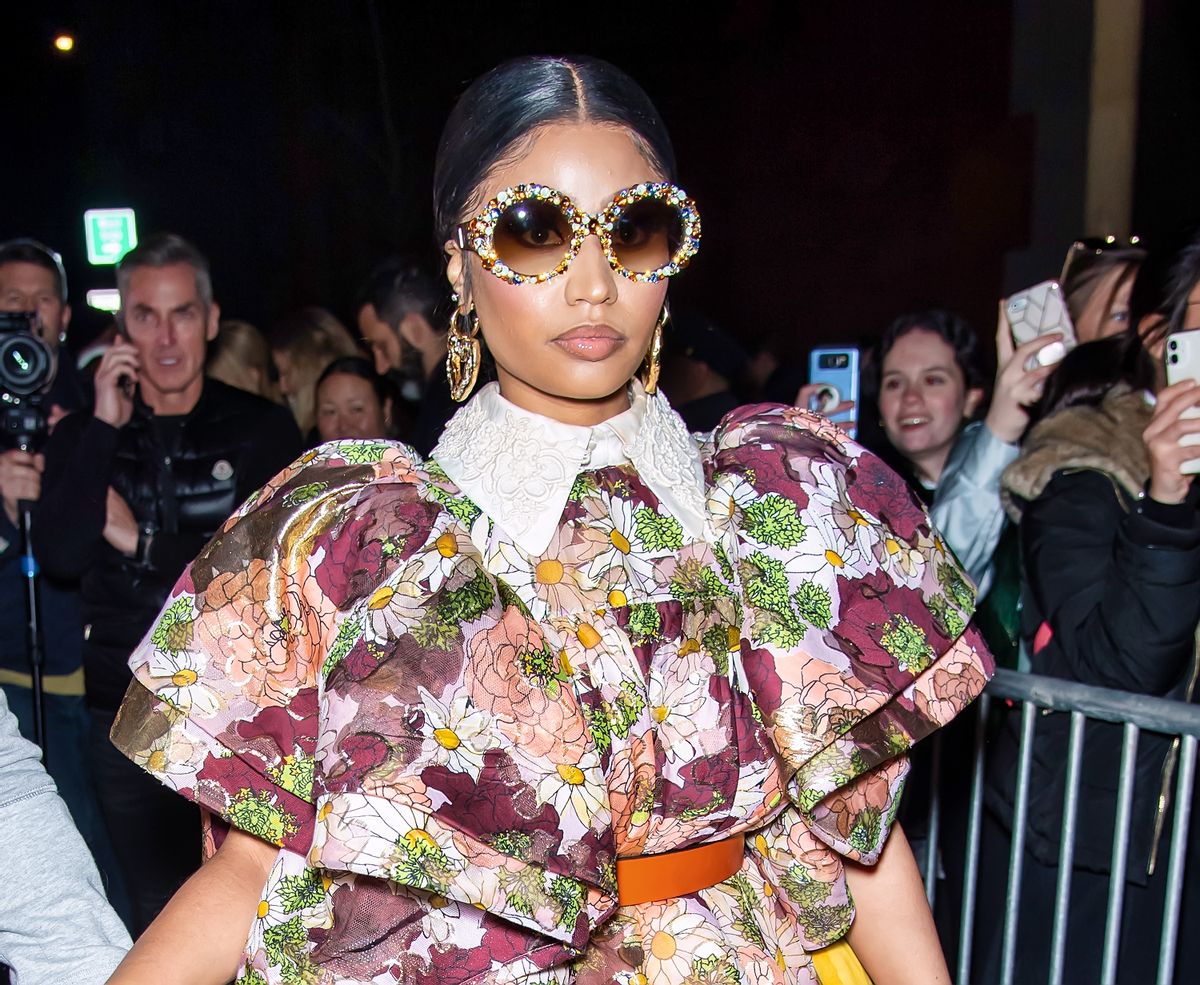 Rapper Nicki Minaj went on a wild Instagram Live rant Wednesday night after claiming she was suspended from Twitter for a post in which she said her cousin's friend in Trinidad and Tobago became impotent and suffered swollen testicles after receiving a COVID-19 vaccine.

"I have been suspended from Twitter," she said, over a shot of what appeared to be an apartment ceiling. "Twitter, a place where people say the most horrific things every day."

The Trinidadian-born artist repeatedly claimed that she did not "give any facts" about the vaccine and that she was simply "asking questions" — though her claims were debunked by the government of Trinidad and Tobago earlier on Wednesday. The country's health ministry said it could not find any evidence that any patient had reported the symptoms that Minaj described — in Trinidad or elsewhere.

"As we stand now, there is absolutely no reported side effect or adverse event of testicular swelling in Trinidad," the country's health minister, Terrence Deyalsingh, said during a press conference. "And none that we know of anywhere in the world," he added.

Deyalsingh also said he regretted that the agency spent "so much time" fact-checking Minaj, though he maintained that Trinidad and Tobago takes "all of these claims seriously," especially those that go viral on social media.

"Unfortunately, we wasted so much time yesterday running down this false claim," he said.

Minaj also claimed to have received an invitation to the White House Wednesday — though the Biden Administration denied that statement as well, saying it only offered her a phone call with a doctor to explain the benefits of COVID-19 vaccines.

"As we have with others, we offered a call with Nicki Minaj and one of our doctors to answer questions she has about the safety and effectiveness of the vaccine," a White House official told Bloomberg.

"My cousin in Trinidad won't get the vaccine cuz his friend got it & became impotent. His testicles became swollen. His friend was weeks away from getting married, now the girl called off the wedding."

She also told her more than 22 million followers to "pray on it & make sure you're comfortable with ur decision, not bullied."

In an earlier Tweet that kicked off the whole news cycle, Minaj said that she had skipped the 2021 Met Gala because of the event's vaccination requirement.

Her vaccine skepticism did earn praise from an unlikely source: right-wing media.

During her Instagram Live appearance, Minaj did acknowledge the humor of an entire news cycle dedicated to the size of her cousin's friend's genitalia.

But later, she compared holding anti-vaccine views in 2021 to being Black in America under segregation, saying, "Are y'all forgetting there was a time not too long ago where [Black Americans] couldn't even make eye contact with people, and you're okay with this?"

At one point, Minaj even said she did not plan on returning to the platform that had censored her.

"I will never use Twitter again," she said. "This is scary."

You can watch the whole video below via YouTube: