The MyPillow CEO angrily pulled his company's advertisements from Fox back in July. Now it appears he wants back in 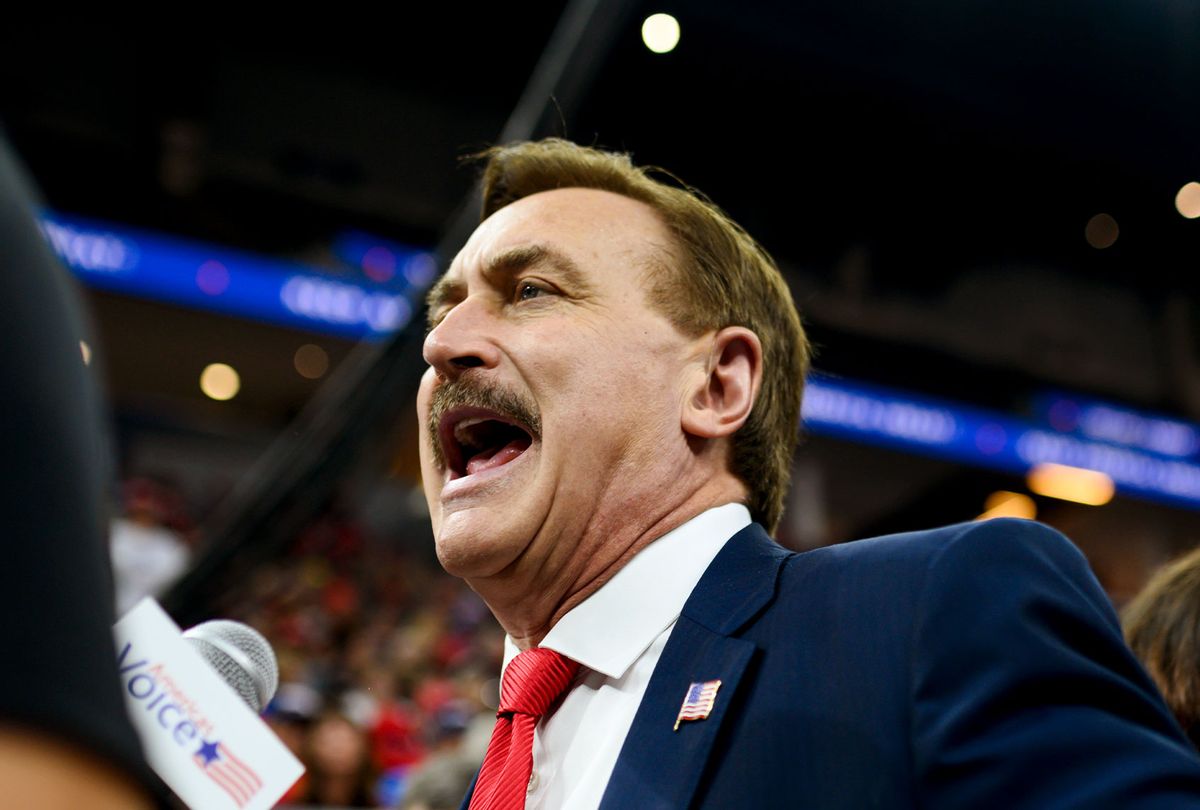 Mike Lindell wants his ads back on Fox News — but it appears the cable behemoth isn't ready to take him back quite yet.

The MyPillow CEO angrily pulled his company's advertisements from Fox in July after it ignored the leadup to his South Dakota "cyber symposium" and declined to run an ad for the gathering. But after nearly two months away, the bedding magnate appears to finally be ready to make up with the conservative network.

In a broadcast on his website Thursday, Lindell laid out the situation, saying he's tried unsuccessfully several times to air increasingly watered-down versions of advertisements for both MyPillow and FrankSpeech.com, his "social media" platform that has been plagued by false information about the 2020 election and COVID-19, among other things.

The whole saga started about two weeks after Lindell said he was pulling his ads from Fox back in July. That was when he submitted an ad for FrankSpeech which explicitly mentioned that viewers could watch footage from his cyber symposium.

"[Fox] said they didn't like the mention of the cyber symposium," Lindell said.

Then, last week, a second advertisement for FrankSpeech was rejected, this time because the network "didn't like the content on the platform, the website, the stuff that was on FrankSpeech.com," Lindell said.

But he wasn't done yet, and added that this Tuesday he tried one last time to air an ad, ostensibly for MyPillow, that also included a throwaway mention of FrankSpeech.

"Basically it said 'Thank you for all your support of FrankSpeech. To thank you, I have great MyPillow specials today over at MyPillow.com'" — including towel sets for $39.99, apparently.

But, once again, the Rupert Murdoch-owned network said no. "Fox News came back and said you cannot run an ad that says the words Frank or Frank Speech," Lindell said.

Fox News confirmed to The Daily Beast, which first reported the news, that it had rejected the two most recent ads Lindell had submitted.

The pillow maven was previously one of Fox News' biggest sponsors, spending nearly $50 million on Fox News spots in 2020 and close to $19 million in 2021.

That money also serves to prop up Fox provocateur Tucker Carlson — with MyPillow making up at least 20% of the advertising on Carlson's primetime show in 2020, according to market research firm iSpot. That's more than 10 times the next largest advertiser.

Fox has not said publicly why it refuses to air Lindell's advertisements, though both parties have been hit with expensive lawsuits over false statements relating to last year's presidential election. In recent months the network has strayed away from claiming that Joe Biden's victory was illegitimate, while Lindell has only doubled down on predictions that Trump will be reinstated soon.

With the odds of a Lindell-Fox detente seemingly growing fainter by the day, he's taken to repeating a catchphrase-of-sorts: "Shame on Fox News!"

"[Fox] has done more damage to our country than all the left wing media combined," he added.