“Just pray for me please”: Laura Loomer suffers “brutal” symptoms after hoping she would “get COVID”

The conspiracy theorist claimed “bad fajitas” were worse than COVID. Now she “can’t begin to explain” how bad it is 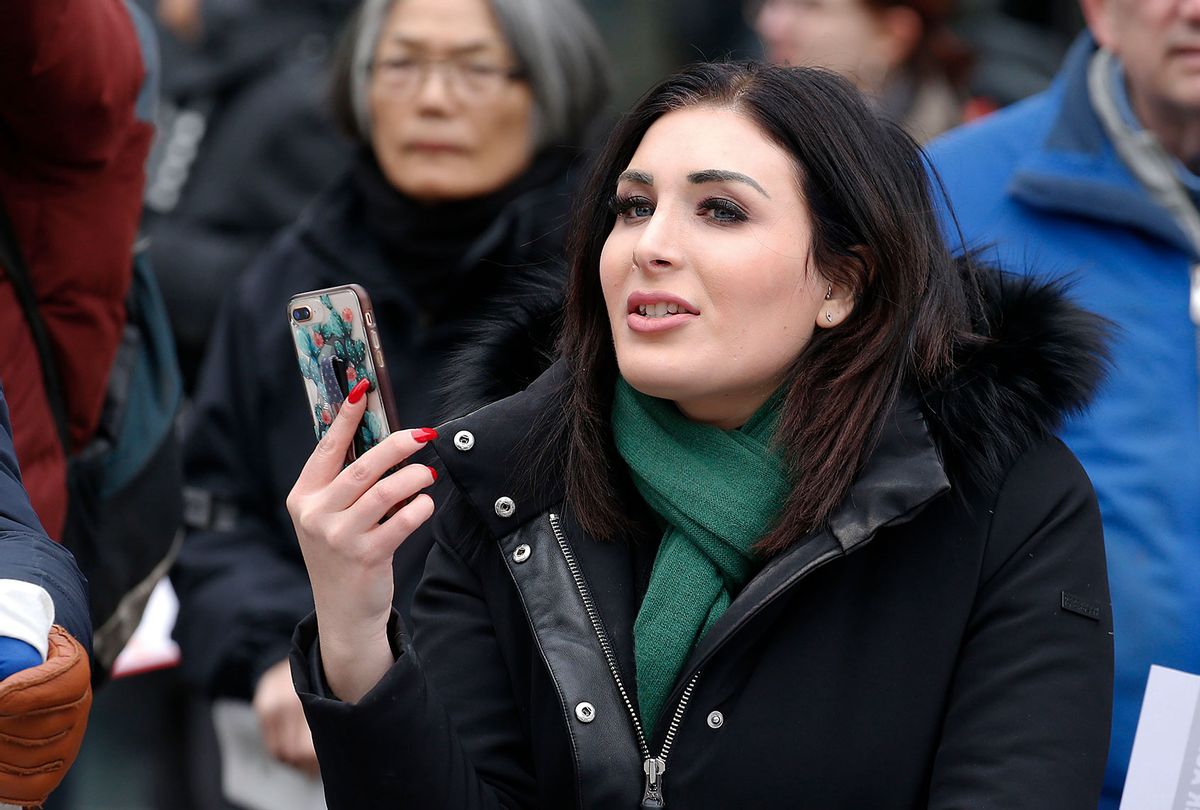 Far-right anti-vaccine conspiracy theorist Laura Loomer said Thursday that she tested positive for COVID-19 and feels like she got "hit by a bus" after dismissing concerns about infection.

Loomer in December wished to get infected so that she can show people it was not dangerous.

"I hope I get COVID just so I can prove to people I've had bouts of food poisoning that are more serious and life threatening than a hyped up virus," she wrote in a post on the right-wing social network Parler. "Have you ever eaten bad fajitas? That will kill you faster than COVID."

But Loomer said in a new post on the TrumpWorld social network Gettr that she tested positive and is suffering from severe symptoms.

"Yesterday I was feeling ill. I had a fever, chills, a runny nose, sore throat, nausea and severe body aches that made my whole body feel like I got hit by a bus, and after sleeping for a few hours, my symptoms started to remind me of how I felt when I had a bad case of the flu a few years ago," she wrote. "So I took a COVID test and it came back POSITIVE."

Loomer wrote in another message on Telegram that she can't begin to describe how terrible the symptoms are.

"Just pray for me please," Loomer wrote. "Can't even begin to explain how brutal the body aches and nausea that come with covid are. I am in so much pain. This is honestly the worst part about it."

Loomer went on to push more conspiracy theories about the vaccine, which has repeatedly been shown to be safe and highly effective, and said she would never get vaccinated. Instead, she wrote, she is taking the antibiotic azithromycin, which has been touted by former President Donald Trump but has not been shown to reduce Covid symptoms and could result in gastrointestinal side effects, according to a recent study published in the medical journal JAMA. Loomer said she is also taking hydroxychloroquine, an anti-malarial drug that was also promoted by Trump but has not been found to be an effective treatment and could result in "serious heart rhythm problems and other safety issues, including blood and lymph system disorders, kidney injuries, and liver problems and failure," according to the Food and Drug Administration.

But Loomer is also receiving a Regeneron monoclonal antibody treatment, she wrote, an effective but costly (to taxpayers) treatment that she credited Florida Gov. Ron DeSantis for promoting. In fact, President Biden and the White House have repeatedly pushed the treatment for sick patients as well.

Loomer, a far-right conspiracy theorist who has worked with Project Veritas and Infowars, drew national headlines in 2018 after she was banned from Twitter, Instagram, Facebook, PayPal, Uber, Lyft and other services for spreading hateful messages about Muslims. But her brief moment of fame drew Trump's endorsement in her campaign for a House seat in Florida, which she ultimately lost by 20 points.

Since her loss, Loomer has largely focused on spreading debunked conspiracy theories about life-saving vaccines on far-right platforms where she hasn't been banned.

"I believe when a few years pass, we will see that the vaccines will have killed more people than COVID," she previously wrote.

In another post, she wrote that COVID was the "biggest hoax of our lives besides the 2020 election," echoing Trump's Big Lie.

On Thursday, she complained that she could not get a doctor to prescribe her ivermectin, a drug used to treat parasites in humans and deworm livestock. The FDA says there is no existing data to show that the drug is effective against COVID, and the Centers for Disease Control and Prevention have warned doctors against prescribing it. Some Southern states have seen spikes in poison control calls after people resorted to using the animal version of the drug, which can result in severe side effects.

"A lot of doctors are really weird about prescribing it," Loomer complained. "This is the insane world we live in."