The concert film directed by Jake Scott centers the fan experience, making it far more than your standard rock doc 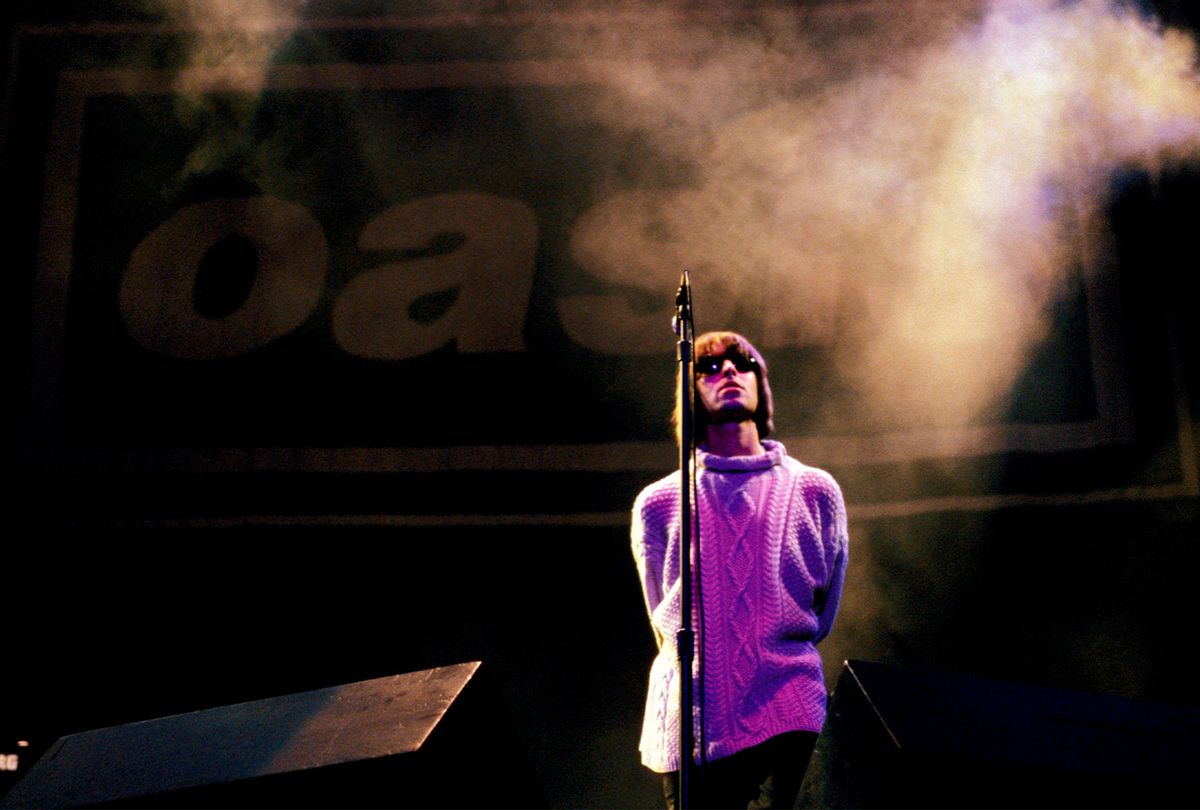 Liam Gallagher pictured on stage at Knebworth in 1996, when Oasis were at the height of their fame. (Roberta Parkin/Redferns/Permanent Press)
--

If there were ever such a thing as Oasis Mania, then it reached its zenith on the record-setting weekend in August 1996 when 250,000 fans flocked to see the Manchester band perform a pair of shows at the Knebworth Festival.

With Britpop in vogue and lording over the charts, Oasis was truly poised to bring the long-running festival to new heights. The recurring event had its roots in 1974, when some 60,000 fans made their way to the grounds of the Knebworth House to see The Allman Brothers Band and the Doobie Brothers top the bill.

By the summer of 1996, Oasis was riding high with a pair of chart-topping albums under their belts in "Definitely Maybe" and "(What's the Story) Morning Glory." From the beginning of their career through 2009, the band would score 25 consecutive Top 20 singles in their homeland — a positively Beatlesque stat to be sure.

As the "Oasis Knebworth 1996" documentary demonstrates, the Gallagher brothers were firing on all cylinders, powering the band with Liam's distinctive whining lead vocals and Noel's grungy guitar working at full bore. But the film, directed by Jake Scott, proves to be far more than standard rock doc fare, highlighting the fan experience at every turn.

While the attendees' sporadic voiceovers border on cornball platitudes at times, there's no mistaking their pre-concert frenzy as wannabe concertgoers surrender their hopes to the whimsy of dial-up ticket services. Indeed, during those pre-Internet days, fans managed to scrounge up 250,000 tickets in the space of a single day. At one point, some two percent of the entire British population was gumming up the telephone lines in search of tickets.

Scott devotes considerable effort to capture the state of UK life in the mid-1990s, with unemployment and a decade-long recession having exerted an awful toll. At the same time, Great Britain was enjoying a renewed artistic vigor in the face of harrowing economic news.

But when it comes to concert films, a documentary lives and dies by the music, and "Oasis Knebworth 1996" doesn't disappoint. With only a pair of LPs to their name, Oasis reels off one high-energy tune after another. With songs like "Live Forever," the band falls into a powerful swagger driven by unmistakable youth and panache.

In addition to performing such hits as "Wonderwall" and "Roll with It," the documentary is rife with such Britpop classics as "Champagne Supernova," Noel Gallagher's show-stopping anthem-like dirge. At Knebworth, the band was joined on the song by John Squire, lead guitarist for the Stone Roses, signaling a changing-of-the-guard of sorts. The Knebworth shows came to a powerful close with Oasis serving up a triumphant cover version of the Beatles' "I Am the Walrus." For the Gallagher brothers, the Fab Four were the be-all and end-all of British rock, as revealed by their gusto-laden take on John Lennon's psychedelic masterpiece.

While the Knebworth grounds have been quiet since 2014, fans won't soon forget Oasis' bravura performance — a fact that "Oasis Knebworth 1996" makes resoundingly clear.