"I have no regrets": Uma Thurman shares her teenage abortion story in criticizing Texas ban 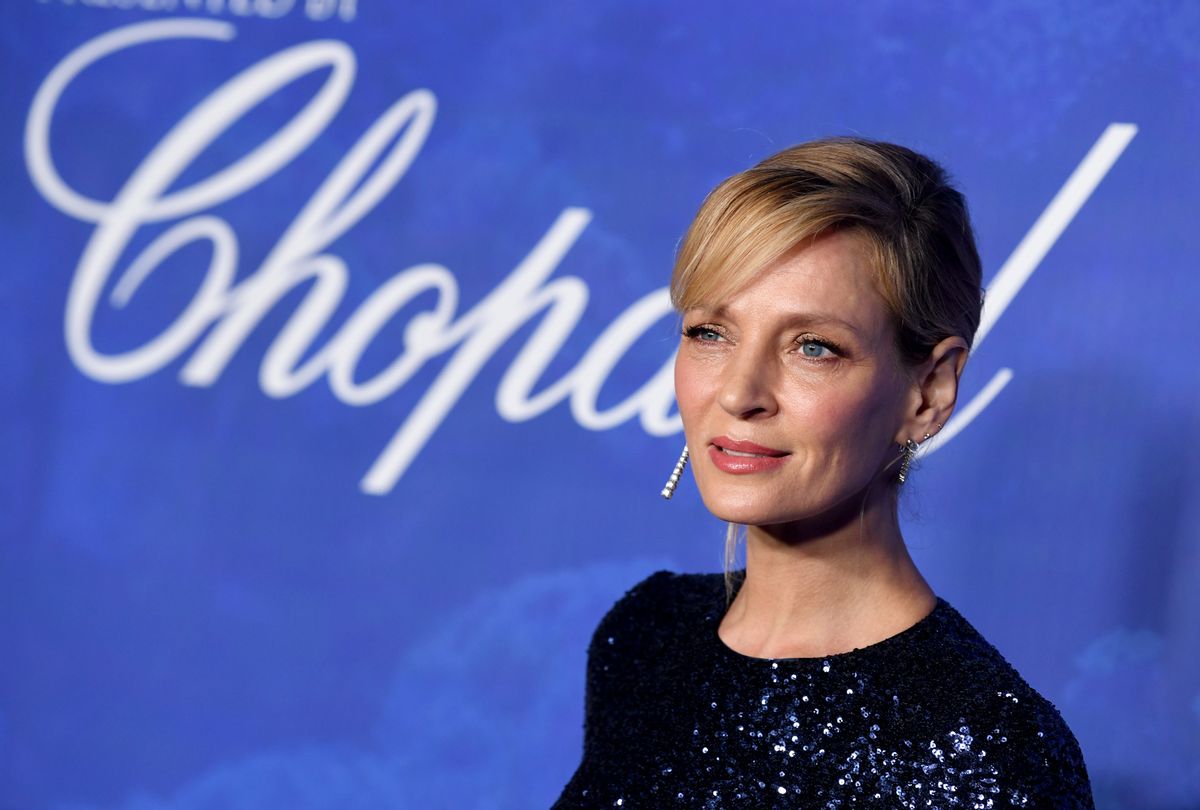 Uma Thurman has become the latest star to weigh in on Texas' near-total abortion ban, which took effect on Sept. 1.

In a powerful new op ed in the Washington Post, Thurman revealed she had an abortion at 15 while in Europe, sharing her story in response to the ban. Thurman recalls closely following developments around the Texas law "with great sadness, and something akin to horror."

"In my late teens, I was accidentally impregnated by a much older man," Thurman recalled in the op ed. "I was living out of a suitcase in Europe, far from my family, and about to start a job. I struggled to figure out what to do. I wanted to keep the baby, but how?"

Upon discussing the situation by phone in a difficult conversation with her parents, and while her mother was gravely ill on a hospital bed, Thurman says she realized she had no choice. "My childish fantasy of motherhood was soundly corrected as I weighed answers to their very precise questions," she wrote. "I was just starting out in my career and didn't have the means to provide a stable home, even for myself. We decided as a family that I couldn't go through with the pregnancy, and agreed that termination was the right choice. My heart was broken nonetheless."

According to Thurman, her decision to have an abortion as a teenage girl is what ultimately paved the way for her to become everything she is today — including a devoted mother of three. "Choosing not to keep that early pregnancy allowed me to grow up and become the mother I wanted and needed to be," she wrote.

It's a sentiment that's relatable to many of the nearly 60% of people who have abortions while already being parents. Despite how abortion is widely misunderstood as being at odds with parenting, children, and families, for many people like Thurman, it's a vital health service that's allowed them to plan and create — or not create — the families that are right for them.

Thurman described her abortion as her "darkest secret" until now. "I am 51 years old, and I am sharing it with you from the home where I have raised my three children, who are my pride and joy," she wrote. "My life has been extraordinary, at times filled with heartbreak, challenge, loss and fear — just like so many women's lives — but also marked, like theirs, by courage and compassion."

She continued, "I conceived my beautiful, magical children with men whom I loved and trusted enough to dare to bring a child into this world. I have no regrets for the path I have traveled." Today, Thurman credits her abortion for granting her "the path to the life full of joy and love that I have experienced."

For years, anti-abortion stigma has pushed the narrative that abortion takes away possibilities when a child isn't born. Anti-abortion ad campaigns often depict photos of babies with captions suggesting that if born, they could have been the scientist to cure cancer or the diplomat who would establish world peace. But Thurman's story is one of many that should remind us of the infinite possibilities abortion gives to the already born, living people who have them — to become brilliant scientists, artists, thinkers, performers, leaders, parents, or anything they choose to be.

Certainly more so than forcing someone to give up their life as they know it, carry an unwanted or unsustainable pregnancy, and give birth, abortion is about possibility, agency and power. Abortion is about all that each of us can be when we have power over our bodies and lives.

Texas' abortion ban — which Thurman points out allows pregnant Texans to be "traumatized and hounded by predatory bounty hunters" — takes away that power.

"The Texas abortion law was allowed to take effect without argument by the Supreme Court, which, due in no small part to its lack of ideological diversity, is a staging ground for a human rights crisis for American women," Thurman wrote. "This law is yet another discriminatory tool against those who are economically disadvantaged, and often, indeed, against their partners." In contrast, Thurman notes that "women and children of wealthy families retain all the choices in the world, and face little risk."

As Texas' abortion law remains intact nearly one month after taking effect and essentially rolling back Roe v. Wade, more and more prominent voices are speaking up. The day after Thurman's op ed, "The Wire" creator David Simon announced he'll pull his forthcoming HBO show from filming in the state over the ban. "I can't and won't ask female cast/crew to forgo civil liberties to film there," he wrote in a tweet. "What else looks like Dallas/Ft. Worth?"

In sharing her story, Thurman is joined by more than 6,600 people who have had abortions and signed onto a recent amicus brief to the Supreme Court this week. Five hundred female athletes also signed an amicus brief demanding that the court protect abortion rights. Even as the law continues to face legal challenges at every level, it's stories like those of Thurman and all who are able to live the lives they have today due to abortion care, that will power the movement for abortion rights on a cultural level.