Bleak as it seems, geoengineering may be the only way to save Earth from climate change

Could Earth be cooled by reflecting sunlight back into space? NYU's Gernot Wagner talks with Salon 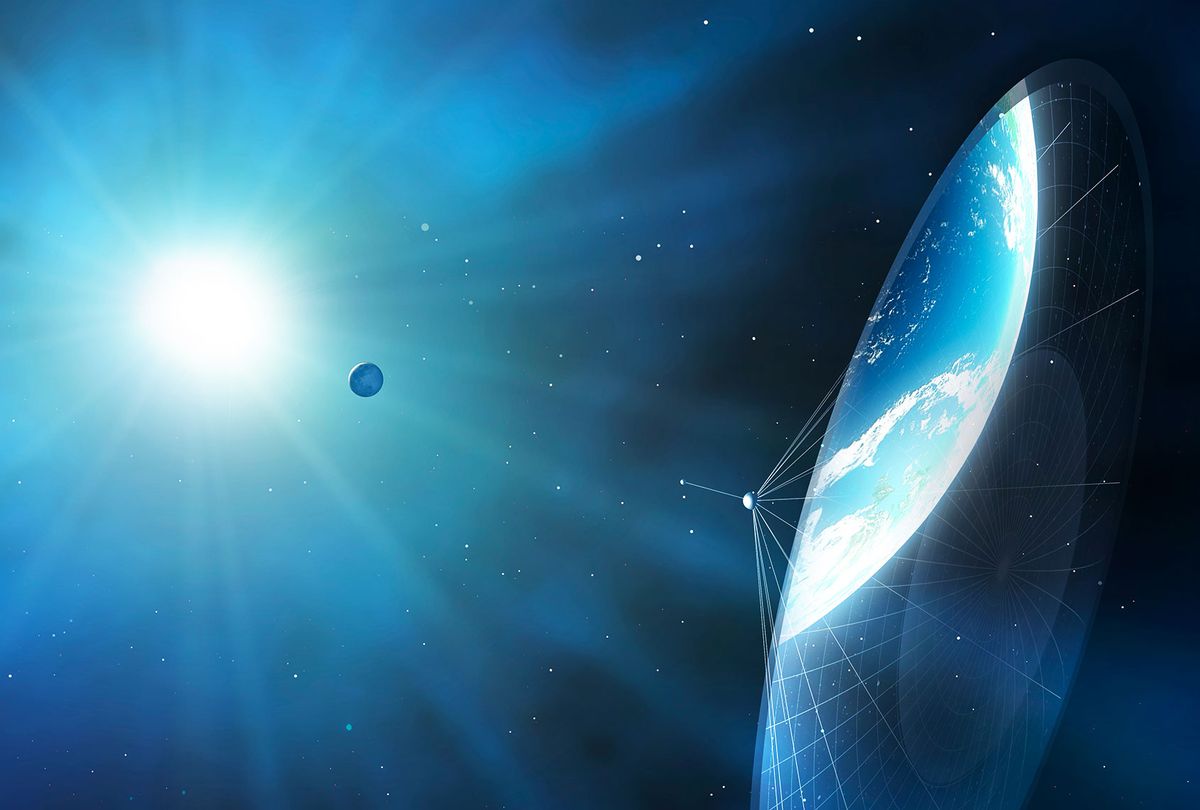 Considering that Gernot Wagner is the founding executive director of Harvard University's Solar Geoengineering Research Program, you might imagine him as an archetypal detached scientist. Engineers, after all, are a notoriously antisocial group, and one would hardly imagine that tendency to soften when they hail from an Ivy League school.

This could not be further from the truth. Speaking to Wagner about his upcoming book "Geoengineering: The Gamble," it is evident from his tone that he is speaking not just as a scholar, but as a passionately concerned citizen of Earth. The book reflects the real man's attitude: Human beings have passed the point of no return when it comes to climate change. We are not going to be able to stave off all of the apocalyptic conditions brought on by a warming planet (extreme weather events, droughts, heat waves, wildfires) without removing some greenhouse gases from the atmosphere.

This is a fact, Wagner argues. As a consequence, we need to look into technology that can solve the problem for us — for instance, projects which could reflect sunlight back into space. The idea is controversial, however, with critics fearing that it is merely a stopgap that doesn't solve the real problem of more carbon dioxide in the atmosphere, and thus misleads the public into thinking we can "reverse" climate change. They also point out that it wouldn't fix other problems related to greenhouse gas emissions, like ocean acidification, and that such a large-scale engineering project would require costly regular maintenance. Plus, given the complexity of our climate, it is almost certain that there would be drastic unforeseen consequences in any solar geoengineering project, from which groups of people are most impacted to flora and fauna that may suffer due to changes in solar energy levels on the ground.

Yet what kinds of geoengineering projects would even be plausible? What would they look like? That is where his book — and this interview, which has been edited for clarity — comes into play.

Basically the thesis of geoengineering is that we may reach a point where we have to use this kind of technology, but that there are pros and cons. Does that sound about accurate?

In the broadest possible terms. I will immediately add a couple more bits to this. For carbon removal, we have basically crossed that threshold already. We cannot achieve climate goals — like limiting global average warming to 1.5 degrees centigrade — without sucking CO2 back out. For certain technologies we've crossed the threshold.

What are the implications of this inevitability in terms of what we as a society need to do? How do we need to prepare?

If you want the sort of highfalutin version, the sort of "ideally we ought to," the best possible way to put this is we need to get ready — and by "we" I mean the global climate-focused community — ought to be ready to put governance provisions in place, or for that matter to simply have the governance conversation.

"Governance" is one of these loaded terms that means a lot of things to different people. I would say governance in this case simply means having the right people at the table to have these conversations in the first place. Most people don't know what solar geoengineering is. Some of the most tuned-in and most astute climate policy leaders, or sort of political leaders writ large... they don't know what it is. They really don't, most of them. So baby steps toward having the conversations, or educating ourselves to be able to have the conversations, at every possible level. The UN security council, the general assembly, the UN environment assembly, whatever it might be. And then of course at the national level, state level and wherever else to have semi-rational conversations about what potential future scenarios could happen around a potential, I would say inevitable, but still potential deployment of solar geoengineering technologies.

Can you be a little specific about what these technologies would be?

Solar geoengineering is to look at this phenomenon and deliberately attempt to make the planet more reflective. The most prominent and in many ways most powerful potential technology out there is stratospheric aerosols. They deliberately introduce sulfate aerosols or similar substances — tiny reflective particles — into the lower stratosphere, not unlike volcanoes have been doing in many ways forever. When Mount Pinatubo erupted in the Philippines in 1991, in 1992 the global average temperatures fell approximately half a degree centigrade, or around one degree Fahrenheit, lower than they would have been without this volcanic eruption. Solar geoengineering through stratospheric aerosols attempts to use this insight, use this fact that small reflective particles in the stratosphere do cool the planet —nobody doubts that this is the case, that the global average temperatures will decrease — it uses this fact. In this case, of course, it's only modeling studies, but in some sense models what would happen if society and the global community were to get together and decide to deliberately put aerosols into the stratosphere.

How expensive would this be?

That's where it gets interesting. It's very, very cheap. To those deliberately doing the solar geoengineering — the narrow engineering costs that one can calculate like how many newly designed planes does it take, basically with large fuselage and the enormous wingspan and the sort of engines that are able to fly that plane into the lower stratosphere — when you do that calculation, you come up with something like single digit billions of dollars. And let's say that's an underestimate and let's call it $10 billion. The first 10 years or so of a program like this with some sense of a deliberate, slow ramp up would be somewhere around those along the lines of $10 billion or so per year globally. [Wagner emphasized that these projections only refer to the narrow engineering costs.]

There is often talk about how billionaires can do this. Well, no, they can't. Take the richest billionaire out there; even $200 billion in wealth would not allow you to essentially have a sustained global program like this. But it is very much in the purview of several dozen individual countries to basically do enough of this deployment to have a global impact. And that's what makes this essentially unique among any other climate policy interventions. On the mitigation front — on the side of cutting CO2 emissions — the name of the game is to climb up the learning curve and slide down the cost curve, and basically get anyone and everyone interested into deploying these technologies and to spend the trillions of dollars necessary, which would still essentially pay for themselves. Because from an economic perspective, the worst thing you can do is not cut CO2.

My last question — and it's a bleak one, but I think it's also important to ask — is what kind of future are we looking at if we stay on the current path that we have embarked on as a species?

I think you said it. That's a bleak one, right? I guess I'm naturally an optimist. You sort of have to be when you work on climate.

I'm a journalist, which means I have to be a pessimist.

Fair enough. I'll tell you that it's too late to put pessimism on the climate front. It is so late in the game that in some sense, if you don't think that there is some Elon Musk/Jeff Bezos/Bill Gates or whatever invention, some sort of some miracle thing, unless you believe in that miracle essentially, then it's very, very hard to see how we can turn this around...

What we know is bad enough. What we don't is potentially much, much worse. There are lots of unknowns. There are lots of unquantified costs here and the vast, vast majority — I might even go as far as to say every one of these matters — points in one and only one direction. And that means, s**t is hitting the fan...

I'm not a journalist myself, but I guess I play a columnist every once in a while. There is certainly some pessimism there too. And that then leads to — more or less directly, not inevitably, but more or less directly — to the unfortunate conclusion that it is so late in the climate technology, low carbon technology climate policy game that no, we cannot, must not be giving up on rapid deployment of either carbon removal technology on the one hand or investment in this 'nuclear option' of research into solar geoengineering on the other.