Our smushed-faced dogs are quietly suffering for us

A century of inbreeding is destroying flat-faced canines like bulldogs. Is it time to stop breeding them? 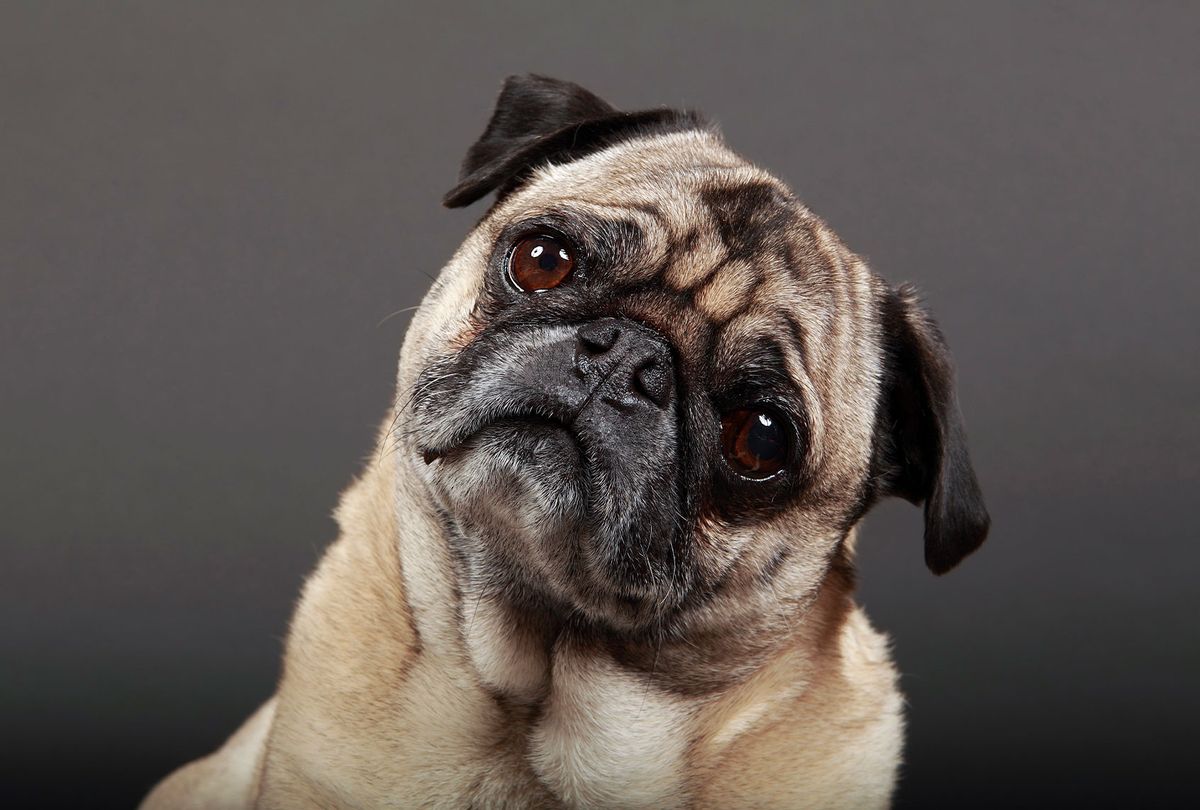 Why do humans love dogs with smushed faces? Indeed, some of the most popular purebred dogs are those with noses that look as though they were pressed up against glass in utero: Pugs, English bulldogs, French bulldogs, and Boston terriers all fall into these categories. The technical term for these types of smushed-face dogs is "brachycephalic." (The root brachy- means "short," while cephalic means "of the head.") Perhaps humans love them because, with their snouts squished toward their skulls until their faces are flat, brachycephalic dogs are unbearably adorable. Their big, round eyes seem friendly, curious and kind; their wrinkled visages convey a delightful spectrum of moods, from grumpy to overjoyed; and when their tongues stick out of their mouths, as often happens, they look like they're blowing raspberries.

"I think there's a good reason to believe that one of the things we like about a shorter-nosed dog is that they more resemble a human primate face," Alexandra Horowitz, a cognitive scientist and the author of "Our Dogs, Ourselves," said during an interview last year with the Australian Broadcasting Corporation. "We need to acknowledge that it's gone too far."

Appearances can be deceiving, however. While brachycephalic dogs may seem to lead the lives of happy cartoon characters, their actual day-to-day lives can be full of discomfort — and often worse. From illnesses to genetic diseases, brachycephalic dogs not only have problems — their problems are getting worse. That's because as time has passed, such breeds are becoming more inbred than they were 100 years ago — which, for some dog lovers and vets, raises ethical questions about continuing to breed them. Indeed, humans may be dogs' best friend, but in our quest to breed more best friends we may have inadvertently hurt the ones we claim to love.

It starts with the elimination of the snout; though aesthetically pleasing to breeders and owners, this anatomical alteration forces the dog to breathe through nasal passages that are simply too small.

"We might imagine when we have a cold and it's harder to breath and we tend to snore a lot," Erica Feuerbacher, an associate professor at Virginia Tech's Department of Animal and Poultry Science, wrote to Salon. "That could be what it might be like for these dogs."

It is an affliction that may literally be unimaginable for humans. Humans are occasionally born with brachycephaly, though their symptoms are not the same as it is for these dogs. Molly H. Sumridge, an instructor of anthrozoology at Carroll College, noted to Salon that humans with brachycephaly usually do not have the extreme symptoms intentionally bred into many dogs. "In humans, this is corrected in infants through the use of a cranial reforming helmet," Sumridge told Salon.

"Due to malformation of the skull and muzzle, a lot of brachycephalic dogs have stenotic nares [a condition caused by malformed nasal cartilage that strains the larynx], bulging eyes and deep nasal skin folds," Marjan van Hagen, a professor of animal behavior at Utrecht University, told Salon by email. This means that many of the animals are constantly experiencing shortness of breath, which "has a major impact on their day-to-day lives, as they have to gasp for air with every breath they take." They also may have painful eye disorders because of their malformed sockets; pugs, for instance, are particularly prone to ocular proptosis, a condition in which their eyes pop out of their skulls.

That is not all. The list of diseases related to being brachycephalic is long, and "continues to grow" as we study them, Van Hagen says. Van Hagen can attest to dogs with abnormalities in their inner-ear structures and tear ducts, having accumulations of cerebrospinal fluid in the spinal cord and craniums too small for a dog's cerebellum (which helps control muscle activity). Even the jaws that make English bulldogs seem simultaneously ferocious and silly are often, in fact, a source of pain: brachycephalic dogs can have crowding of teeth because there is not enough space in their jaws, resulting in inflammation.

There is also a good reason why bulldogs like Uga, the famous mascot for the University of Georgia, need to be constantly air conditioned if they stay in the sun for too long.

"Their brachycephaly also contributes to them not being able to thermoregulate as well and they can overheat easily, again meaning that they are limited in what activities and in what conditions they can participate," Feuerbacher explained. She also mentioned it is common for English and French bulldog puppies to need to be delivered through C-sections, which affects the mother's welfare.

Smaller brachycephalic dogs are also prone to a condition known as hanging tongue syndrome. When their tongues are too large, they're missing teeth or they have an abnormal jaw bone, the floppy pink muscular organ will constantly stick out or droop down from their mouths. While this may appear cute, it can be very uncomfortable for the dogs. If they are not able to pull their tongue into their mouth enough to keep it moist, it can dry out, crack, blister and get infected. Imagine the feeling of having uncomfortable chapped lips but on your tongue.

Smushed-face dogs may also struggle to have conversations with their canine companions.

"Brachycephalic deformities can also inhibit a dog's ability to effectively communicate with other dogs through facial body language," Sumridge told Salon. In other words, because their facial structure appears odder to other dogs, they are inhibited in their ability to communicate.

If it is so difficult for many of these dogs to survive, "talk" and in some cases even to reproduce, how do they exist at all? Surprisingly, they have been around for a while — albeit in healthier form.

"The origins of brachycephalic dogs depend on what characteristic you're looking to measure," Sumridge explained. Pugs, Shih Tzus and Pekingese dogs are very ancient, for example, but the extreme nature of their current flat faces are more recent.

"The breeding for flatter faces seems to have increased mostly in the last 50-100 years to accentuate the 'baby face' that many owners love and are attracted to," Sumridge told Salon.

Modern dog breeds were created in the 19th century, as the concept of "purebreds" became fashionable among Victorian Europeans. As with so many things, this phenomenon can be linked to racism, specifically the eugenics movements which held that knowledge about genetics could be manipulated to create "perfect" specimens in the human and animal world.

Even if purebred brachycephalic dogs did not have this uncomfortable history, there would still be considerable ethical concerns about continuing to breed them.

"Veterinarians all over the world argue that there is widespread evidence of a link between extreme brachycephalic phenotypes and chronic disease, which compromises canine welfare," van Hagen said. "The selection of dogs with progressively shorter and wider skulls has reached physiological limits. To continue breeding them in this way, with this knowledge, therefore can be considered unethical."

Feuerbacher noted that it is not simply brachycephalic breeds who have congenital health issues. A number of purebred dogs have health problems because of inbreeding, such as German shepherds who are bred to have increasingly sloped backs and therefore develop back, hip and leg problems.

"I think we have a responsibility to our animals to breed them to be as healthy as we can, rather than give in solely to our desire for certain aesthetics," Feuerbacher wrote. "We can certainly select for different aesthetics, but if we keep in mind the welfare of the animal when we are making these selection decisions, hopefully we'll find a balance and not select for extreme characteristics that can negatively impact the animal."

The solution, experts agree, is to discourage overbreeding. It is possible for dogs to continue to come in a variety of colors, shapes and sizes, and yet still lead healthy lives. The key, experts agree, is to make sure that there is genetic diversity in their lineage. Inbreeding, as the name itself makes clear, is bad.