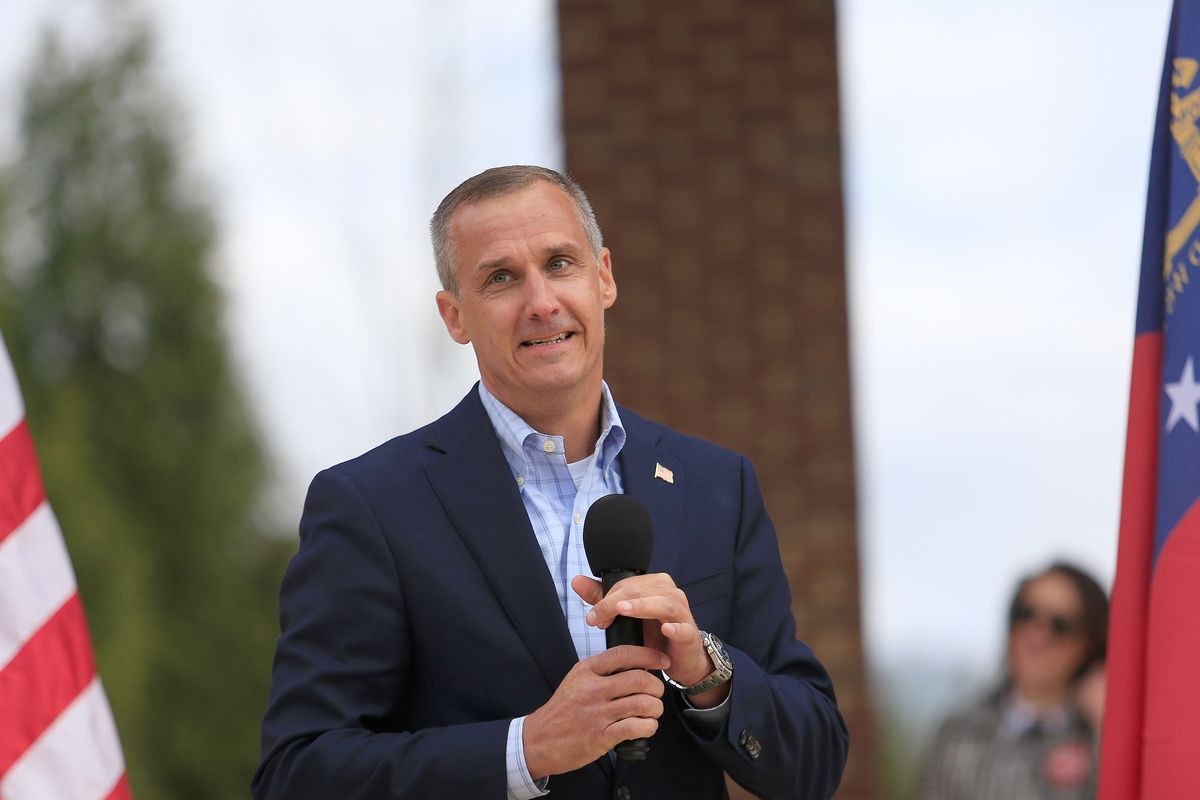 Corey Lewandowski, the onetime campaign manager for Donald Trump's 2016 White House run, was accused of making unwanted sexual advances toward a GOP donor this past weekend, according to a POLITICO report.

Trashelle Odom, the wife of Idaho construction executive John Odom, told the outlet that the former Trump aide non-consensually touched her at a fundraising event Sunday evening, groping her legs and buttocks, and spoke to her inappropriate and in sexually graphic terms. Odom added that Lewandowski proceeded to "stalk" her over the course of the night.

"On the evening of September 26 in Las Vegas, Nevada, I attended a dinner to support a charity and spend time with wonderful friends," Odom said. "[Lewandowski] repeatedly touched me inappropriately, said vile and disgusting things to me, stalked me, and made me feel violated and fearful."

"I want other women to know that you can be heard, too, and together we can stop terrible things like this from happening," she added.

The incident reportedly played out during a charity event for substance abuse at the Westgate Las Vegas Resort & Casino's Benihana restaurant. Odom, just one of about two dozen major GOP benefactors, was seated next to Lewandowski as part of a four-day conference hosted by Victoria's Voice Foundation. During the conference, Lewandowski apparently made several remarks about the size of his genitalia and showed her his room key.

The Trump confidant allegedly told Odom that "he is very powerful and can destroy anyone," Odom recalled in a statement released by her attorney. At one point, POLITICO reported, attendees had to physically shield Odom from Lewandowski as he followed her into a bar, where the group later ushered her in a different direction.

Lewandowski, who has a wife and four children, has neither confirmed nor denied Odom's allegations. "Accusations and rumors appear to be morphing by the minute and we will not dignify them with a further response," his lawyer, David Chesnoff, said in a statement.

Lewandowski, 48, first came into the national spotlight when took a role as Trump's campaign manager in 2015. However, he was swiftly dismissed from his role in April 2016, just a month after he was caught on video grabbing the arm of Michelle Fields, a Breitbart reporter, during a Florida press conference. The Trump aide was charged with battery following the incident, though the charges were ultimately dropped.

In 2017, Lewandowski was again embroiled in legal trouble when singer Joy Villa filed a police report alleging that Lewandowski slapped her bottom twice during a holiday party held at the Trump International Hotel in Washington, D.C.

Odom's allegations come amid separate rumors that South Dakota GOP Gov. Kristi Noem, who has a husband and three children, was engaged in an extramarital affair with Lewandowski, according to a report by right-wing news site American Greatness. The claim, backed by multiple anonymous sources, has yet to be corroborated by other outlets.