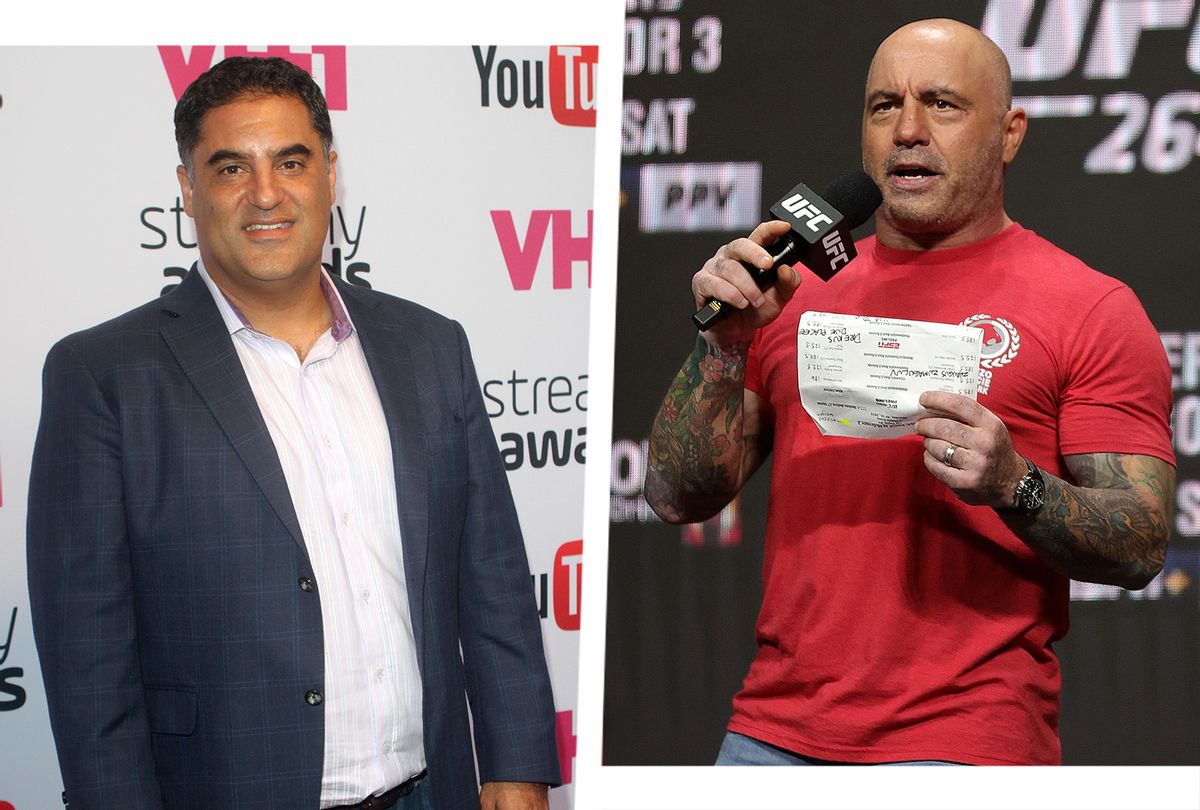 "To all the loser @joerogan fans crying over my attack on his 'freedom' hypocrisy & stupidity, are you guys part of the crew or do you kiss his ass for fun? I thought he was a big boy who could handle himself," Uygur wrote on Twitter after sparring with Rogan's fans.

"If he doesn't like my free speech, he can grow a pair & defend himself."

Uygur quickly offered to take the conflict offline, saying that he could beat Rogan — a longtime mixed martial arts hobbyist and commentator — in a fight. He even told a fan who offered $1,000 to stage the encounter that it would be the "easiest $1,000 I ever made."

"You think he's going to assault me? Sure, whatever. That's incredibly dumb. But also wouldn't work. I'm much larger than Joe and I've fought my whole life. I'd end him. But grownups don't do that. I'll send you the PO Box to send check to later," Uygur tweeted.

Following the comments, Uygur became a trending topic on the platform as thousands of Rogan's fans began to speculate about the specifics of a potential fight between the two podcast heavyweights.

Rogan's immensely popular show, the Joe Rogan Experience, also slipped to No. 2 on Spotify's charts Thursday after a monthslong ride at No. 1.