In this powerful new book, the musician and actor writes about why "occasionally you need to be untethered" 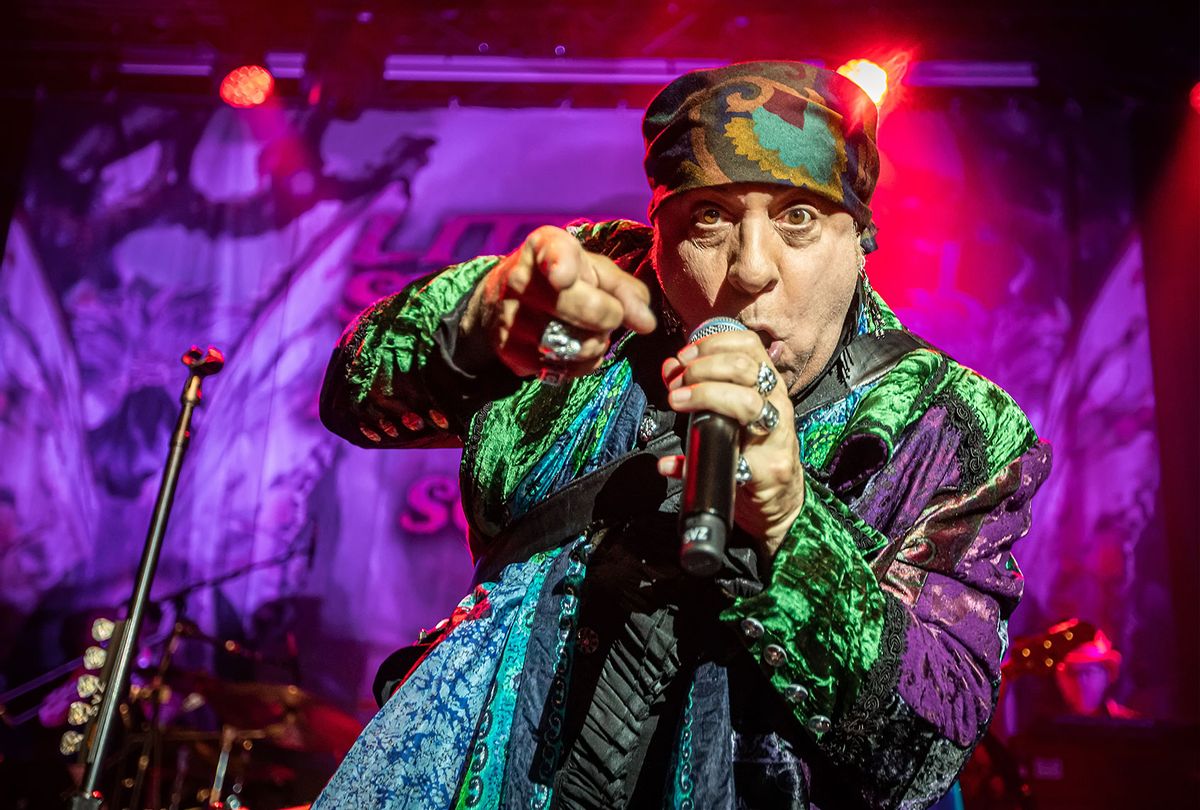 Little Steven van Zandt and The Disciples of Soul perform at Rockefeller Music Hall on June 3, 2019 in Oslo, Norway. (Per Ole Hagen/Redferns)
--

As a rock guitarist, actor, activist, radio commentator and now author, Steven Van Zandt has lived many lives. But make no mistake about it: He believes in the power of rock 'n' roll. He lives it, breathes it, brings it to life on the stage, and, with his new memoir, "Unrequited Infatuations," magnificently on the page.

Tracing his early days through the present, this autobiography by the E Street Band guitarist and "Lillyhammer" star is infused with the same passion and candidness with which he has lived his life, which he describes as a "cautionary tale." "Unrequited Infatuations" is rife with the highs and lows, joys and conundrums that have marked his progress to rock's loftiest plateaus and life's most crushing ebbs. But Van Zandt's story is also about having the courage to take logic-defying, outrageous risks.

While Van Zandt's love affair begins with the music of Bo Diddley and Elvis Presley, the emergence of the Beatles marked one of his life's greatest epiphanies. "The Beatles on Ed Sullivan had the cultural impact of a spaceship landing in Central Park," he writes. "Except that we'd seen spaceships land before in movies like 'The Day the Earth Stood Still.' There was no warning or precedent for the Beatles. They were as alien as anything on that spaceship, completely unique, and in a way that could never happen again. You can only be that different once. Everything about them was special. Their hair, clothes, sound, attitude, intelligence, wit, and especially their accent. But they were mostly different for one very big reason. There were four of them. They were a band."

Van Zandt would never forget the "unbridled joy" of hearing the Beatles' "I Want to Hold Your Hand" for the first time. Or meeting Bruce Springsteen. "In those days, if you met another guy who was in a band, you were friends," Van Zandt recalls. "If you both had long hair, you were friends. And if you both had long hair and were in a band, you were best friends. That was it. No thunder. No lightning. Just two misfit kids who had found a common tribe. It was the beginning of a lifelong brotherly love affair."

For Van Zandt, making music with Springsteen proved to be a lifelong passion. In one of the book's finest anecdotes, he remembers a day in 1969 when "Bruce called me and asked if he could switch to the Telecaster. I know that sounds funny, but growing up when we did, your guitar was your identity. And I was the Telecaster guy. Bruce had his weird converted bass guitar for a while and then a Les Paul, which probably proved to be too damn heavy. I said OK. I had been trying a Stratocaster out lately and liked it. And anyway, guitar playing was starting to feel kind of over. The Rock world was about to undergo a major transformation."

As "Unrequited Infatuations" makes resoundingly clear, earning renown with Springsteen — one blockbuster tour and album after another — was one of the great privileges of his life. But at the same time, so was the moment in the 1980s when, seemingly risking everything, Van Zandt left Springsteen and the E Street Band on the cusp of global fame with the "Born in the USA" LP.

Looking back on this chapter of his life, Van Zandt writes that "occasionally you need to be untethered." It all began when "Bruce and I had our first fight, one of only three we would have in our lives. I felt I had been giving him nothing but good advice and had dedicated my whole life and career to him without asking for a thing. I felt I'd earned an official position in the decision-making process. He disagreed. So I quit. Fifteen years. We finally made it. And I quit. The night before payday."

Yet as Van Zandt's story powerfully demonstrates, the musician discovered the essence of his life's passion in the moment when he gave up everything. Taking such an incredible risk led to a second life as a solo artist, as an actor, and when the chips were down, an activist determined to foment genuine change in the world through his work in Nicaragua and South Africa. As history well knows, he would wind his way back to Springsteen and the E Street Band. But as with the best and most honest of life stories, "Unrequited Infatuations" reminds us that it's the getting there that matters.

Listen to Ken's interview with Steven Van Zandt from March 2021 on "Everything Fab Four":