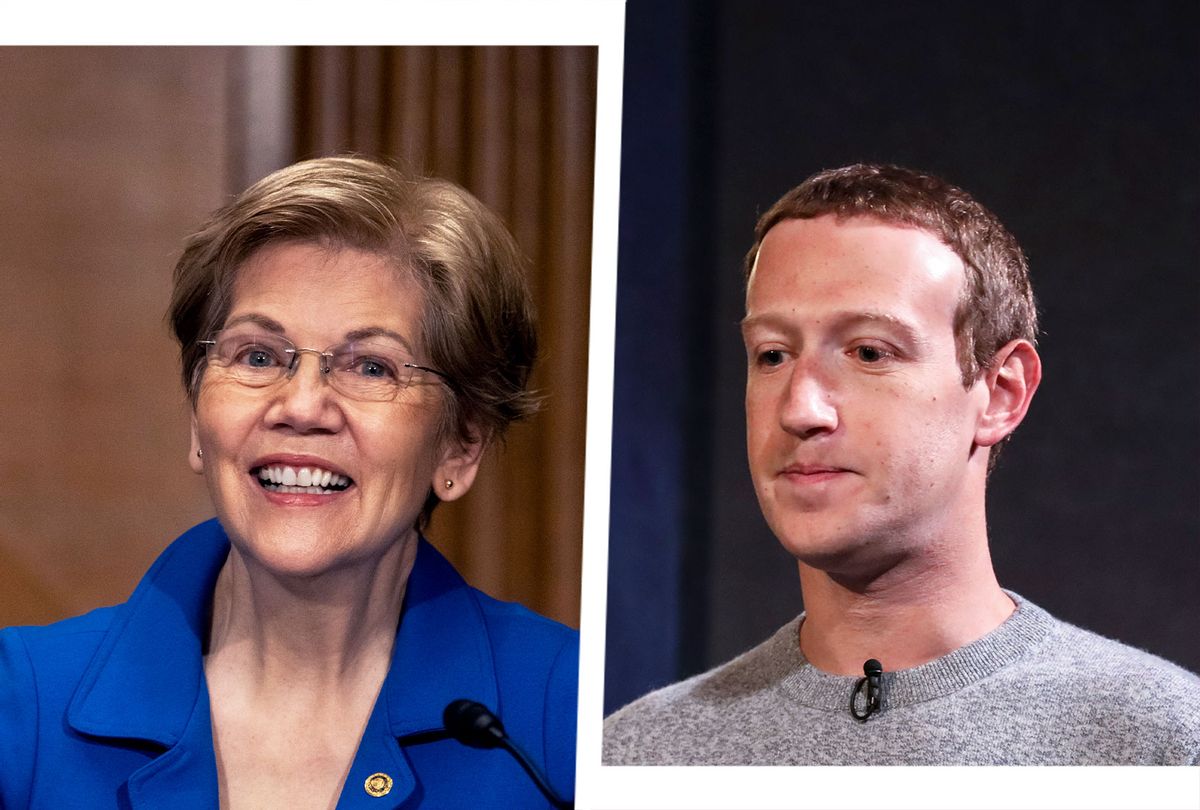 The timing couldn't have been more dramatic when Facebook and its other popular products, including WhatsApp and Instagram, went down for over five hours on Monday. The worldwide outage happened between Sunday's dramatic unveiling of whistleblower Frances Haugen on "60 Minutes" and Haugen's scheduled Senate testimony on Tuesday. The hearing is looking at the negative social impacts of Facebook and its other apps. The company attributed Monday's outage to technical problems. Still, the event functioned as a formidable reminder of how much power Facebook has over the lives of billions of people around the world.

"The Facebook outage on Monday was a planetary-scale demonstration of how essential the company's services have become to daily life," Raymond Zhong of the New York Times writes, adding that Facebook and its many apps "are critical platforms for doing business, arranging medical care, conducting virtual classes, carrying out political campaigns [and] responding to emergencies" around the entire planet.

The social media outage didn't just make it harder to peruse your high school sweetheart's Facebook wedding photos or linger overlong on some of the more embarrassing thirst traps you follow on Instagram. As people trying to shop online or use subscription services were reminded, a huge percentage of sites use Facebook as a login program. In some parts of the world, Facebook and WhatsApp stand in for phone service, thereby serving as the main way people communicate with family members, many social services and businesses. Some businesses, such as food vendors, do all of their sales through Facebook-owned platforms.

This illustration of Facebook's power was likely a coincidence, but it's still chilling in light of what the Washington Post reports as Facebook's changed P.R. approach, which comes in the face of Haugen dumping a ton of documents revealing that the company has been aware of how much social damage it causes, but doesn't care because it's profitable.

"Facebook is approaching its latest controversy over political polarization and the toxic effects of social media in a more aggressive and defiant way than it has previously," Post reporters Elizabeth Dwoskin and Craig Timberg write. Instead of the usual Facebook response to controversy, where CEO Mark Zuckerberg offers a hand-wringing apology and an empty promise to change, this time "the company has deployed a slate of executives to mount a public defense."

The lesson of Monday's outage is not that the world is too in the thrall of Facebook to do anything to fight back against its abuses, but the opposite. It's an illustration that Sen. Elizabeth Warren of Massachusetts, as usual, is right: It's time to break up Big Tech.

Warren launched her war on Facebook in the spring of 2019, during her campaign to win the 2020 Democratic presidential nomination. While her proposal to take on Silicon Valley addressed other behemoths like Amazon and Google, her campaign deliberately made Facebook the face of tech's monopoly problem by running ads on Facebook calling out the company's "vast power over our economy and our democracy." It was a smart move, betting that the company would react in an infantile manner. Sure enough, Facebook took down (and then swiftly restored) the ads, giving Warren an opportunity to draw attention to "their ability to shut down a debate over whether FB has too much power."

Warren's plan to break up Big Tech was complex, involving both legislative and executive action. The former has no more chance of getting through the obstinate filibuster defense of Sens. Joe Manchin of West Virginia and Kyrsten Sinema of Arizona than any other meaningful legislation to save democracy. But the latter plan, to unleash federal regulators who will aggressively enforce existing antitrust laws against Big Tech companies, has gained traction, and in a surprisingly bipartisan fashion. In December, the Federal Trade Commission and attorneys general in 48 states filed suit against Facebook, accusing the company of maintaining "its monopoly position by buying up companies that present competitive threats and by imposing restrictive policies that unjustifiably hinder actual or potential rivals that Facebook does not or cannot acquire."

Looking out at the international damage done by a mere five-hour shortage of Facebook's services proves the point of the lawsuit. As the New York Times reported, some people were literally unable to communicate with health care workers and some businesses lost total contact with customers because Facebook products have so completely monopolized communications in their communities. Warren accused Big Tech of using "their resources and control over the way we use the Internet to squash small businesses and innovation," but even she probably didn't imagine that the problem is so serious that an empanada seller in Colombia would lose a day of sales without WhatsApp.

Warren responded to the Facebook controversies and the outage on Monday with concision:

We should break up Big Tech.

But TMZ, of all outlets, got a little more out of Warren, asking her about Haugen's "60 Minutes" appearance and testimony.

Liz Warren says Frances Haugen is an American hero via her whistleblowing. https://t.co/X79jiZrdoK

"She's trying to save our democracy," Warren told the TMZ reporter, with regards to Haugen. "And she recognizes the kind of threat that Facebook poses."

Tuesday's hearing featuring Haugen is focused on the rather narrow question of the dangers that Facebook presents to kids. Haugen is the source of internal documents published by the Wall Street Journal showing that Facebook is well aware that Instagram increases depression and anxiety among teenage girls, who often obsessively compare themselves to the impossible ideals of beauty promoted on the app.

Monday's outage can hopefully help beef up the FTC case against Facebook. The original case was thrown out in June by a federal judge who argued that it wasn't strong enough. Federal regulators didn't give up, though, and are putting together a more extensive case arguing that Facebook failed "to compete with new innovators" like Instagram and WhatsApp, so instead "bought or buried them when their popularity became an existential threat."

It's suddenly a lot harder to deny the negative impacts of such anti-competitive practices. There was, quite literally, an international communications breakdown across a number of apps on Monday simply because Facebook had an outage. The situation is made worse by the fact that all these different apps are governed by the irresponsible attitudes that Haugen is now detailing publicly.

More competition won't change the market forces that drive right-wingers to spread disinformation or cause teenage girls to worry about body image, but it could make it easier to pressure companies to do better by their customers. Right now, Facebook can afford this "f*** you!" stance because, for much of the world, they're the only game in town. Until that changes, there's no hope of making Facebook act more responsibly.