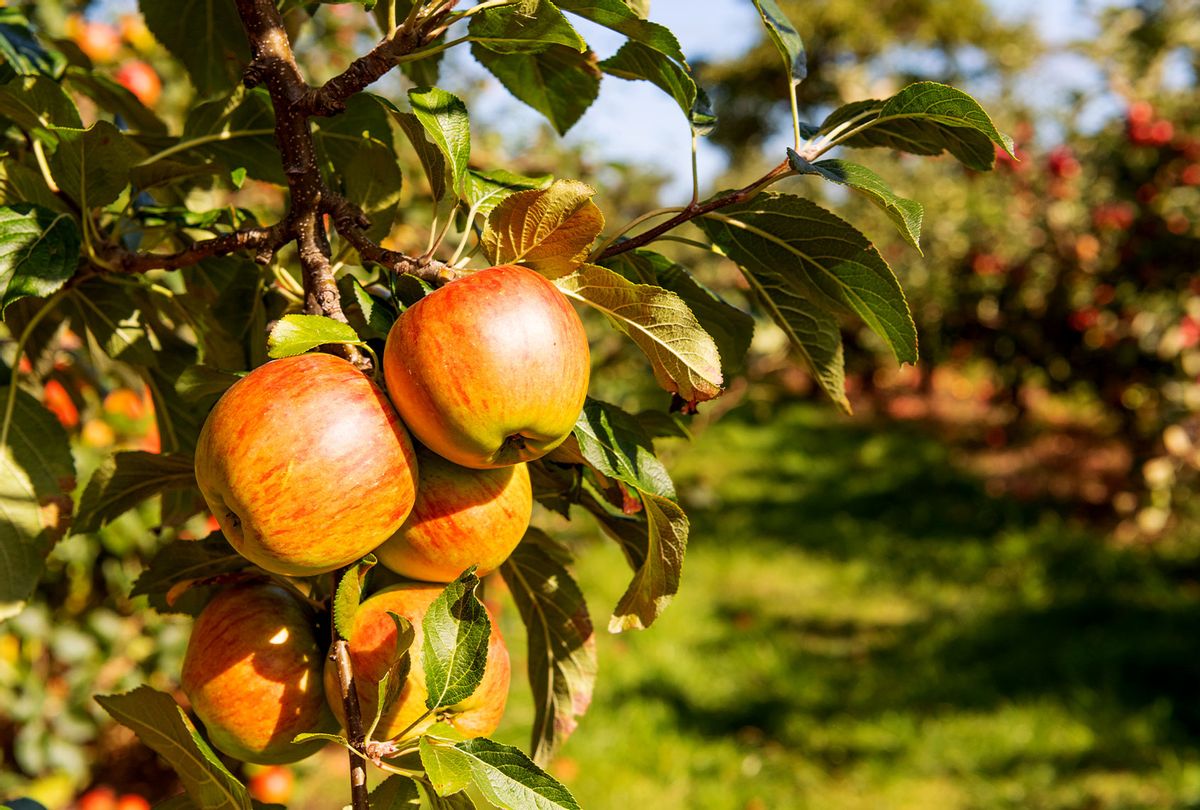 I wasn't born to love apples. Since I can remember, my mom had to coax me to have some. She was obsessed with the taste, appreciated the nutrition and certainly believed in the phrase, "an apple a day keeps the doctor away."

Passing by Chinese fruit vendors, she always pointed at apples and lectured me about them. At home, she peeled the apple skin, chopped the apples into small pieces, then placed them in a bowl. Her efforts, my nightmare — this apple bowl was an invisible battle between us. Maybe like most kids, the dislike grew out of childish rebellion: I wanted to be more like a grown-up, and I wanted to make my own decisions.

Now, I'm a grown-up and growing up means being away from home and away from my mom. Being far away from all the "apple talking," the weirdest thing happened: I started to fall for apples. The versatility — apple pie, apple salad, applesauce — amazes me. The taste, which is crunchy, a bit sour and mostly sweet, is addictive, triggering my childhood memories.

Every time I'm in a grocery store, I stare at apples and wonder: "Why are there so many apples in the States?" I just couldn't figure it out. Losing myself in the apple sea, I found it overwhelming and intimidating to pick just one.

That said, Ann Ziata, the chef instructor of the Health-Supportive Culinary Arts career program at the Institute of Culinary Education, said among 100 or more commercially-available apples, grocery stores only pick the most common

She gave me a primer on picking the best kinds:

How many types of apples are there?

In a grocery store, usually, we only see five or six types of apples, but there are about 7,500 varieties of apples out there. The reason behind it is intuitive: customers recognize the most common and familiar ones. If you want to try different apples, Ziata said, you can go to a farmer's market, go apple picking or visit an apple farm.

"The difference will just be in their flavor or texture," she explained. "The color, how juicy they are and how crunchy they are. So, they all kind of vary in that way."

What most impacts the taste of apples?

Temperature is the key. To keep your apples in good shape for longer, stick them in a refrigerator (around 32 degrees Fahrenheit is ideal) instead of leaving them on the counter. This mimics the climate where they grow best, places like New York or Washington.

What is a nice all-American apple variety?

"Picking a favorite apple is very personal," Ziata said. People's preference varies, though there are some commonalities. Most people like crunchy, juicy apples that are sweet — but not too sweet — and that don't bruise too easily.

But for most Americans, Honeycrisp apples are a great choice.

"It was bred to be this perfect apple for the American palate," she said.  "But right now I've noticed other varieties that are on the way."

The next Honeycrisp apple could be a variety like the Ginger Gold or Jazz apple, Ziata said.

How do I pick the best apple for my cooking needs?

Varieties that hold their shape well, like Braeburn apples, are good for either sauteing and baking. For applesauce, soft apples, such as the McIntosh variety, are great because they get creamy quickly. For salads, you sure don't want an apple that browns early; for that reason, Ziata doesn't recommend Red Delicious apples for salads, but would opt for a Honeycrisp.

Speaking of browning, she shared tips to slow the browning process: If you're cutting apples to make a pie, you can submerge the cut apples in water with a little lemon juice while you're making the dough. If you're serving apple slices at a party, you can squeeze a little bit of lemon juice on the top. All we need is something acidic to prevent them from oxidizing.

Should I eat my apples with or without the skin?

The answer is simple: it depends on the thickness of the skin, the way you consume the apples and, most importantly, your preferences. The apple skin does hold a lot of nutrients and Ziata suggests that, if the skin is thin and you're serving or eating it raw, you just keep the skin on.

If the skin is thick and you're cooking it, you'd better peel it off because otherwise the apple will separate from the skin. More unpleasantly, the apple flesh will become soft while the skin remains hard.

What should I make with apples?

We all know apples are versatile — from pies, to tarts to this skillet pancake recipe. According to Ziata, you can also get a little more creative with dishes like apple chutney, apple chips and cider.

"My favorite would just be to saute some crispy apples and a little butter," Ziata said. "Maybe some cinnamon. Have that with oatmeal or pancakes. It's just heavenly."

Here are some of our favorite apple recipes: